Also tried to send pictures of spot on WhatsApp 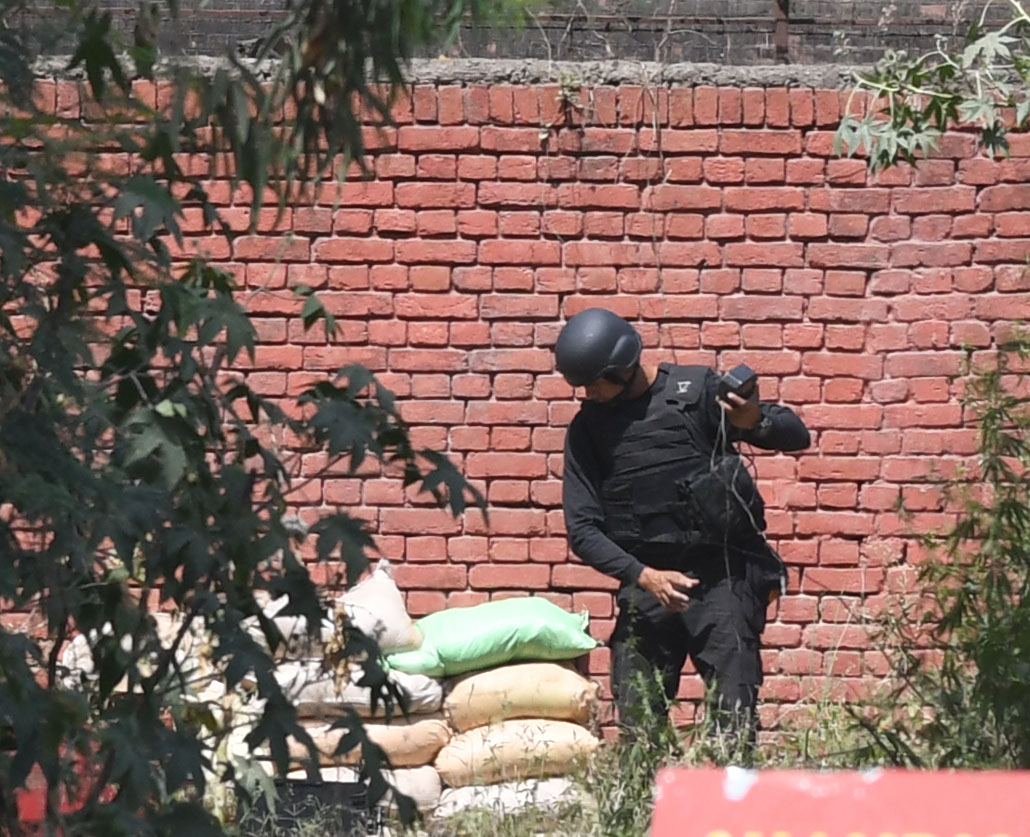 The IED planted near the jail being defused. File photo

The UT police investigation into the incident of explosives found near the boundary wall of Burail Jail in Sector 51 on April 23 has revealed that the suspect, who had planted the explosives, had made a call to Germany and tried to send pictures of explosives on WhatsApp.

Though the identity of the person to whom the call was made is yet to be established, the Truecaller mobile app shows it in the name of Jaswinder Singh Multani, a prominent member of the Sikhs for Justice (SFJ), a banned terror organisation. Multani was questioned last year in Germany at the behest of the Indian security agencies over his involvement in terror incidents in Punjab.

The police said during the course of the investigation, mobile tower dump data of the scene of crime was lifted. While analysing the dump data, several suspicious mobile numbers were shortlisted. On further analysis, one mobile number was found to be switched off since the time of the incident. A call to Germany was made from this mobile number.

Sources said a normal call was made to the international number. “The person on whose name the mobile number is registered was verified. He expressed ignorance about the number registered in his name,” sources said.

The police said a combing operation of the entire area near the jail was carried out and on April 28, a team of the bomb disposal squad found a black Redmi 9A mobile phone and one more detonator in bushes around 800 metres from the spot where the explosives were found. On further checking the mobile phone, the link of the suspect who had planted the explosives was corroborated. Investigations revealed that it was a newly purchased mobile phone, which was launched in the market around three months ago. “There were no contact numbers in the phone, besides one on which the call was made,” said a source.

All recovered material has been deposited with the CFSL for examination and further investigation is being carried out.

Meanwhile, the police added Sections 13, 18 and 20 of the Unlawful Activities (Prevention) Act, 1967, to the case, which was earlier registered under Sections 3 and 4 of the Explosive Substances Act, 1908, at the Sector 49 police station.

An improvised explosive device (IED) comprising a tiffin, detonator and burning Codex wire was found by a team of the operations cell during checking outside the boundary wall of the jail on April 23.

The IED was covered by a bomb disposal box and sand bag and an NSG team was called from Manesar to defuse it safely. On May 24, an NSG team visited the spot and disposed of the IED. A black bagpack was also found at the spot in which a detonator wrapped in an Urdu Pakistani newspaper, a small polypack containing nails and some printouts with “Khalistan Action Force” written on these were also recovered.

Investigation to be transferred to NIA

The probe into the case will soon be transferred to the National Investigation Agency (NIA) as sections under the Unlawful Activities (Prevention) Act have been added to it.

Investigations revealed that a Redmi mobile phone found near the spot was new and used for the first time to make a call to Germany. The phone had WhatsApp downloaded, but there were no messages or pictures in it.

German no. in SFJ member’s name?

The Truecaller mobile app shows the number on which the call was made to Germany was in the name of Jaswinder Singh Multani, a prominent member of the Sikhs for Justice (SFJ), a banned terror organisation. Multani was questioned last year in Germany at the behest of the Indian security agencies over his involvement in terror incidents in Punjab.