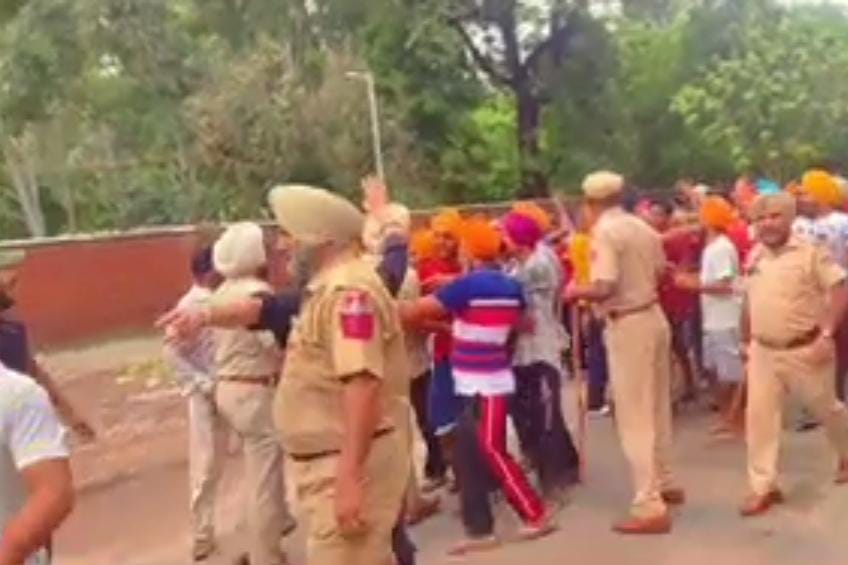 The bodies of a couple were found miles apart after they were washed away in flashfloods in the Patiala Ki Rao rivulet at Tanda village here on Sunday. Another was found in the Jayanti Ki Rao rivulet.

The bodies of Tanda panch Sunita and her husband Sajjan Singh were retrieved from the rivulet by a team of the National Disaster Response Force (NDRF) from Jhampur, 35 km away, and Dhanas, 12 km away, respectively.

While Sunita’s body was found 12 hours after the incident, that of Sajjan was recovered today after 44 hours. Cops said the post-mortem would be conducted on Wednesday.

Couple’s son Kaku and relative Manju were rescued by villagers from the rivulet near Tanda village on Sunday evening. Manju had been admitted to the hospital, said the police.

The family was returning home after work around 7.30 pm when strong currents washed them away while crossing a bridge on foot.

In another incident, a car was washed away the same day but the occupants were rescued by passersby in the nick of time.

Demanding adequate compensation and a government job for the victims’ kin, the villagers marched towards the Punjab Chief Minister’s residence with bier on their shoulders.

The protesters jostled with a handful of policemen as they marched through the Nayagaon market and entered the Chandigarh border, barely 1 km from the CM’s residence.

The protesters alleged the administration officials, including tehsildar, patwari and kanungo, visited the site on Monday morning, a day after the incident, to take stock of the rescue operation.

Meanwhile, Sector 57 resident Amit John (26) was washed away in the Jayanti Ki Rao rivulet and his body was found near the Mullanpur cricket stadium today.

The deceased, the only brother of his two sisters, was going to a Boothgarh church last night when he was washed away in the seasonal rivulet, which was in spate.

A village resident found the body in the rivulet and informed Teedan village sarpanch Jagjivan Ram, who contacted the police. The body was taken into possession by the police and was later sent for a post-mortem.