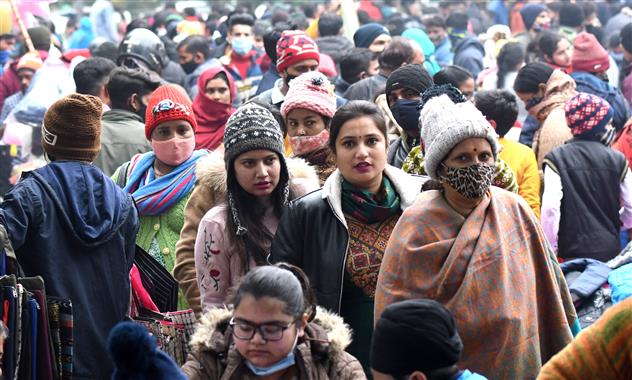 Not caring two hoots for the Covid norms, people roam without the mask at the crowded Sadar Bazar in Sector 19, Chandigarh, on Sunday. Tribune Photo: Pradeep Tewari 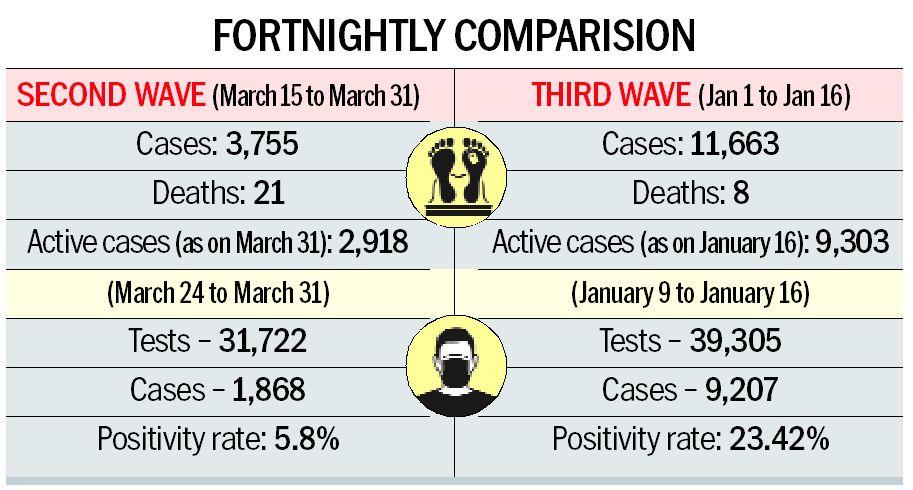 As on date when the city has 9,303 active cases, only 1.83 per cent (168) are hospitalised, 8,926 are in home isolation and the remaining are in Covid care centres. By the end of March last year when the second wave had completed two weeks, the active cases were 2,918, three times less than the present count. 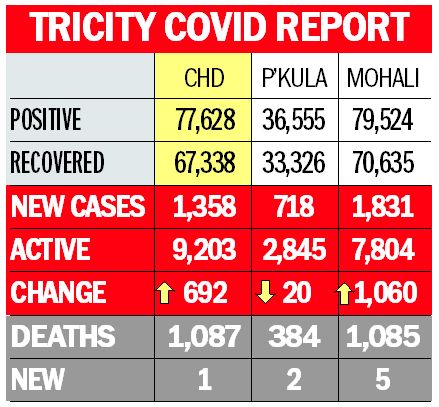 Against 21 deaths that took place in the first two weeks that marked the beginning of the second surge, the city has only recorded eight deaths, of which four have tested positive for Covid-19 posthumously. Dr Suman Singh, Director, Health Services, said, “All bodies are being tested for Covid-19 whenever there is a surge. The death in these cases was not primarily due to Covid. Some had co-morbidities and some possibly died a natural death, and Covid was an incidental finding in these patients.”

The test positivity rate has also declined to 22.49 per cent, while it was 26.71 per cent on the previous day.

The city also reported the death of a 38-year-old man from Sector 35, who was brought dead to GMSH-16. He was found Covid positive posthumously and was fully vaccinated. Dr Suman said, “There has been a decline in cases due to a fall in testing on that particular day. It is too early to predict that Chandigarh has crossed the peak. The verdict will be out in a week.”

Panchkula: The district reported 718 new cases on Sunday and saw 736 recoveries. While the tally has reached 36,555, the recoveries have gone up to 33,326. The district also saw two deaths. A 59-year-old man from Bhagpur and a 76-year-old man from Sector 26 died of the disease. Both had comorbidities. The death toll rose to 384. The number of samples collected relatively came down from the past few days – only 2,167 samples were taken on Saturday compared to 2,419 on Friday and 2,621 on Thursday. The positivity rate stood at 35.19 per cent. The active caseload has come down to 2,845. TNS