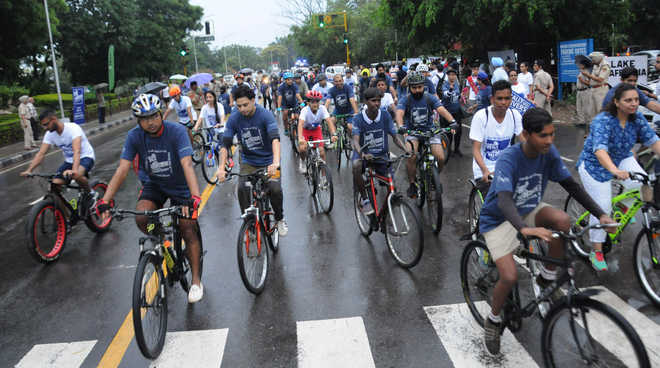 Three cyclists from Chandigarh – Vikrant Sharma, Sudeep Rawat and Tanmay Rawat— participated in the 300-km “Kashmir Cyclothon” organised for the first time in the state by the Tourism Department of Jammu and Kashmir.

A total of 60 cyclists from across the country took part in the three-day event, which covered hilly and wilderness trails across six districts of Kashmir Valley.

The Indian Army, the CRPF, including the J&K Police, provided security to all cyclists along the way. Twelve-year-old Tanmay, youngest cyclist to complete the 300-km trail, was the centre of attraction for the event, impressing everyone with his cycling prowess. He had also participated in the 250-km Jashn-e-Azadi ride to the Hussainiwala border, Ferozepur.