Traffic advisory for ‘At Home’ events in Chandigarh : The Tribune India

Traffic advisory for ‘At Home’ events in Chandigarh 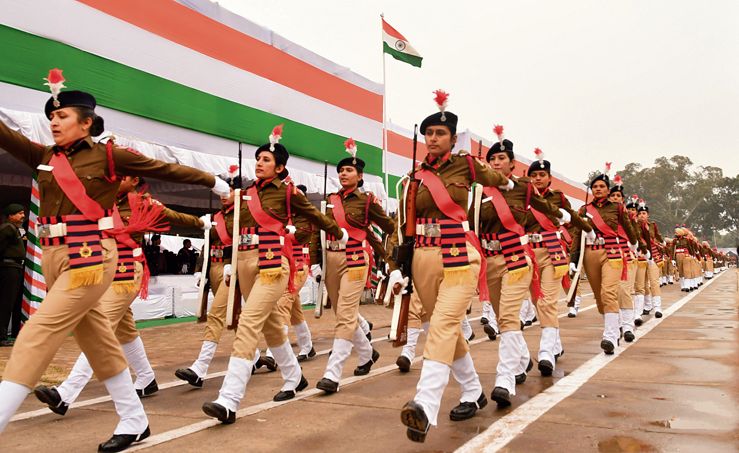 In view of the Republic Day function at Parade Ground in Sector 17, traffic restrictions/diversions have been put in place in Chandigarh on Thursday. - Pradeep Tewari

In view of the ‘At Home’ event, there will be restrictions on the traffic movement around the Punjab Raj Bhawan and the Haryana Raj Bhawan on Republic Day.

Movement on the road stretch from the Gursagar Sahib Gurdwara turn on Uttar Marg upto Sector 5/6/7/8 chowk on Vigyan Path shall remain restricted /diverted for the general public from 4 pm till the function at the Haryana Raj Bhawan gets over. ‘At Home’ invitees have been requested to approach the Haryana Raj Bhawan from the Sukhna Lake side on Uttar Marg as one-way traffic system shall be implemented in front of the Governor’s house.

Members of Chandigarh Golf Club will have to use the Sukhna Path road from the SGGS College side (the road separating Sectors 7 and 26) for approaching and leaving the club from 3 pm onwards.

Traffic curbs in place for R-Day

In view of the Republic Day function at Parade Ground in Sector 17, traffic restrictions/diversions have been put in place in Chandigarh on Thursday.

Buses coming towards ISBT-17 diverted from Kisan Bhawan chowk and Piccadilly chowk via Himalaya Marg to reach ISBT-17 from small chowk (near Gurdial Singh petrol pump). At the time of dispersal, traffic diverted from ISBT-17 chowk on Udyog Path. It will be done by diverting traffic coming from the Sector 17/18 light point, Aroma light point, Sector 18/19/20/21 chowk and the cricket stadium chowk from 11.30 am to 12.15 pm. At time of dispersal, only buses will be allowed to ply on this stretch.

ID must: Attendees must have a photo ID card in original

In front of Sector 22-A market shops from 6.30 am till end of function