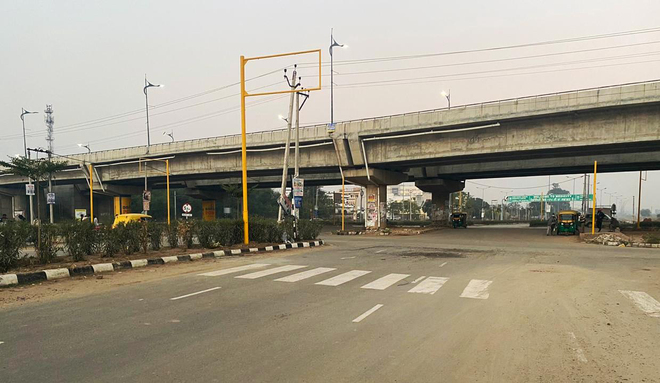 Three traffic lights are set to be installed in New Chandigarh to curb the increasing number of road accidents in the area.

The Greater Mohali Area Development Authority (GMADA) has already erected poles at the Medicity intersection, Siswan T-point and Omaxe intersection. The traffic lights would be made functional in the coming days, said GMADA officials.

“Rs35 lakh would be spent on the project to curb road accidents on the stretch,” said a GMADA official of the Electrical Wing.

Residents here have been complaining about frequent accidents on the stretch due to speeding vehicles. “Most of the accidents happen during the night or in foggy weather conditions when fast moving vehicles fail to anticipate the vehicles coming from other sides,” said Dheeraj Raina, a resident of Omaxe housing society.

Many a time, two-wheeler riders get run over by bigger vehicles. Residents said tipper trucks are also the bane of road users here. Due to the ongoing construction activity in the area, tipper trucks ply on the road 24x7. As a result, the road gets damaged and the pace of repair work and recarpeting is tardy in the area. “The bad condition of roads, damaged stretches, potholes and uneven surface also add to fatalities in the area,” said Nitesh Kanwar, a resident in Medicity.

Meanwhile in Nayagaon, the police issued tickets for speeding and breaking traffic rules. “As many as 10 traffic offenders were fined for speeding,” said the police.