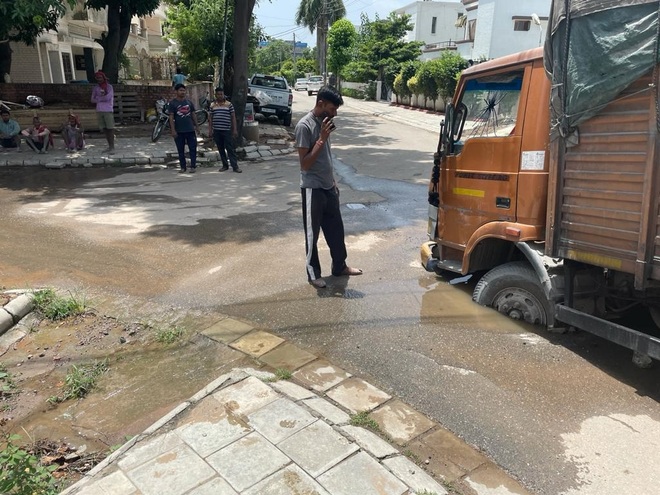 A truck stuck in a pit in Sector 21-D, Chandigarh, on Wednesday.

A truck got stuck in a pit allegedly dug up by a telecom company in Sector 21-D today.

Local residents said this part of the road was dug up by a private telecom company two months ago. There are several such spots in this sector which pose a danger to the lives of people, especially kids.

“Digging was carried out in front of my house. The pit was not filled with mud and it grew in size over the period. The truck remained stuck there for about two hours. There are a number of such pits but no one cares to fill them,” said Shaman Jain, a local resident.

His neighbour, Divanshu Jain, said: “The MC and local councillor just don’t bother. If somebody’s child fell in the pit, then they would feel the pain. A number of complaints and grievance messages were sent to the officials concerned. The matter has also been highlighted in newspapers, but in vain. It is a very sad and disappointing situation.”