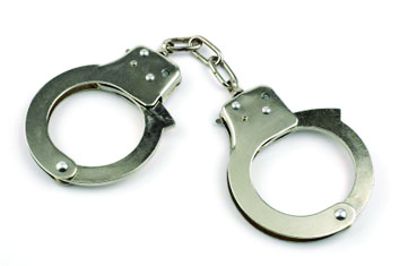 Zirakpur: The Dhakoli police on Friday booked two Panchkula youths, Ravi and Deepak, for alleged rape and criminal intimidation. The police have forwarded a zero FIR to the Sector 14 Panchkula police. A student of BA-I in Chandigarh claimed she came in contact with Ravi of Sector 12, Panchkula, through a social media group. He allegedly lured her on the pretext of marriage and raped her. Later, his acquaintance Deepak also allegedly raped her by threatening to post her objectionable pictures on the social media. The victim later reported the matter to the Dhakoli police. TNS

Chandigarh: A 21-year-old youth has been arrested for alleged impersonation during the recruitment of band staff in the UT police. According to the police, complainant Inspector Daya Ram reported Jatin, a resident of Ambala district, was caught impersonating during the skill test for band staff recruitment at the Police Lines, Sector 26. The suspect had impersonated candidate Abhishek Kumar. A case under Sections 419, 420, 467, 468 and 471 of the IPC has been registered at the Sector 26 police station. TNS

Chandigarh: A 23-year-old youth has been arrested by the UT police for possessing 15.15-gm heroin. The police said Ankush, a resident of Fatehabad district, was arrested near the grain market in Sector 39. A case under the NDPS Act has been registered at the Sector 39 police station. TNS

Chandigarh: Panjab University organised its second lecture as part of the Colloquium series here on Friday. A social scientist, Dr Zaheer Khan, was the distinguished speaker. The theme of his lecture revolved around the largest national health survey data and the progress in health indicators in the past five years. Dr Khan presented a comparative analysis of the survey of 2015-16 and 2019-21 based on his vast experience. He ended on the note that academics in Panjab University tapped into this rich corpus of data. Professor Renu Vij, Dean of University Instructions, gave a brief overview of the Colloquium series. TNS

One booked for defacement

Chandigarh: An unidentified person has been booked for pasting a poster of Student Organisation of India (SOI) on a convex mirror near DAV College Sector 10. A case has been registered at the Sector 3 police station.