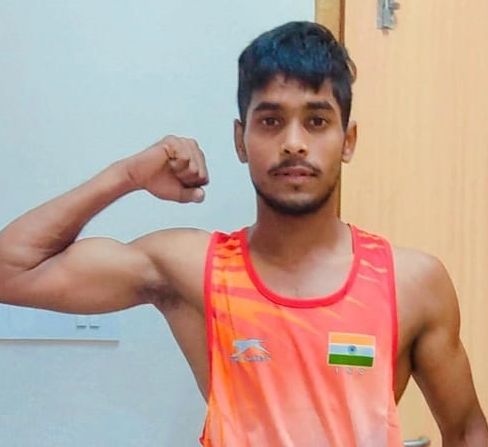 A dream to wear an Indian jersey came true for two Chandigarh boxers, Kuldeep Kumar and Neema Khatri, who have been selected for the Elorda Cup to be held in Kazakhstan from June 28 to July 5.

Kuldeep Kumar (46-48 kg), a student of GGDSD College, Sector 32, and Neema Khatri (66 kg), a passout from Chandigarh, have been selected to represent India.

From working at pizza shop to representing India

At 28, when most people decide to settle down, Neema is going to represent the nation in the international boxing championship starting tomorrow. A PU and Post-Graduate Government College, Sector 11, passout, Neema had once spent three months working part-time at a pizza outlet to pay her Rs 1,500 (per month) fee to learn boxing. “On learning this, my coach had waived my entire coaching fee. The outlet was at Sector 15 and I used to work during late evening shifts,” said a smiling Neema.

While she is going to make her Indian debut, Neema had never planned her journey this way. She used to play volleyball and also participated in Himachal Pradesh and Chandigarh state volleyball championships. She decided to switch to boxing at the age of 24. By the time she was pursuing her MPEd, she had won various accolades in boxing. While completing her NIS (diploma) in boxing, she won a bronze in the Elite Women’s National Championship at Hisar, before getting selected for the Indian probable camp.

“I started boxing very late. I am grateful to my coaches Vishavjeet sir, RS Mann sir, and Shiv sir, who guided me throughout. I was a volleyball player but never got a chance to play for the nation. I am very happy that boxing has given me new hope. My father is a farmer and never asked me to stop pursuing my dream,” said Neema.

She added, ‘I built up my interest in boxing during the last year of my BPEd course.

Since then, I decided to become a professional boxer. For this Indian team selection, I won my trial fight and later attended the camp.”

Kuldeep, 21, is another star in the making. A visit to a boxing coachin centre at the age of 17 changed his entire life.

Overcoming his family’s humble background, Kuldeep will be wearing the Indian jersey for the first time, which he believes is just the beginning. His father works as a labourer and his mother works at a pharmacy outlet. The only brother of three sisters, he wanted to make it big in boxing.

“It’s all hard work. My coach Joginder sir always told us to work hard; this is the only mantra. I wanted to live my mother’s dream as she wanted to see me on the top of the world and I am sure of winning laurels in future championships,” he said.

“I am lucky enough to get full support from my family and the coach. Decisions taken at the right time and in the right direction helped me make it to the Indian team. This championship will be a real test for me and I will try to win a medal,” he added.