Enjoyed services for 6 months in 2018, left without paying Rs 22L 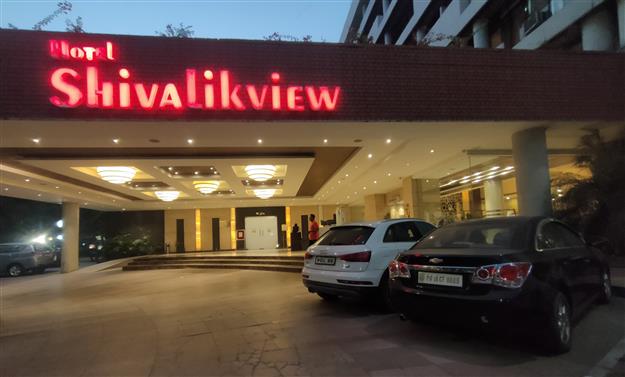 Two guests took a hotel for a ride. They enjoyed hospital services for nearly six months in 2018, but failed to clear their dues to the tune of nearly Rs 22 lakh.

Businessmen Ashwani Chopra of Ludhiana and Ramnik Bansal of Ferozepur checked in at Hotel Shivalikview on April 4, 2018. They stayed in different suites till October 13, 2018, and enjoyed the hotel services like food, laundry, hard drinks, etc. They, however, stopped paying their bill after July 15.

The kept dilly-dallying on the payment. They also projected themselves as influential persons and made the hotel staff believe that they would clear the dues.

Bansal later issued three cheques for Rs 6 lakh each, but these returned dishonoured unpaid with the remarks of ‘insufficient funds’ and ‘drawer signature differs’. They asked the hotel staff to give them time till October 5 to settle the matter, but failed to clear the Rs 18-lakh dues. The outstanding amount was rising day by day and the total dues reached nearly Rs 22 lakh.

Since they were neither making the payment nor vacating the rooms, the police were called on October 12.

Bansal came to the hotel the next day, and while he was trying to flee without making the payment, the hotel security closed the exit gates. He parked his Audi Q3 car and asked the staff to keep its keys as security for the outstanding amount. Chopra also gave the keys of his Chevrolet Cruze (PB-10CF-0009) to the hotel staff and assured that he would clear all dues.

When Bansal did not return, the employees took the possession of his room and all his articles were kept in the Lost and Found Department of the hotel.

On the other hand, CITCO had started the process to auction two luxury cars of the businessmen after they failed to pay their bills of Rs 11 lakh each.