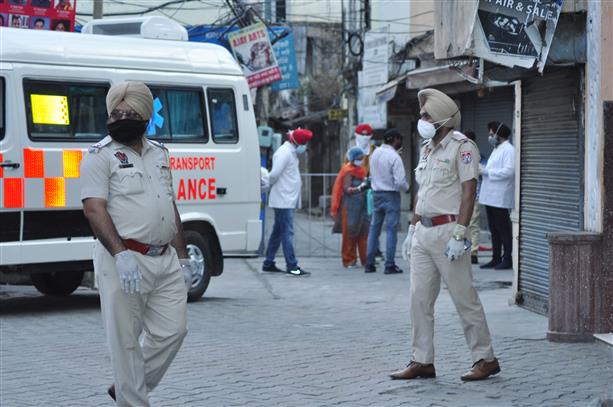 With the surfacing of two more positive cases of coronavirus during the past 24 hours the total count in the district has gone up to 114.

The persons identified with infected virus included a 21-year-old boy of Sector 77 and a 29-year-old woman of Sector 71.

Dr Manjit Singh, Civil Surgeon, said that woman is the wife of a Delhi-based State Bank of India employee who had recently returned home and was tested positive. He said the woman is an asymptomatic case and tested positive after the sampling was done.

He said the other case is a 21-year-old student who had reached flu clinic with mild symptoms and his sample was taken after which he had tested positive.

He said they were trying to ascertain his other contacts so that early detection can lead us to quarantine all such contacts before it spreads. The source of infection to this 21-year-old student is also being traced.

The Civil Surgeon said they have already cautioned when last Covid-19 patient was discharged from Mohali on May 21 that the threat of coronavirus is still there, and it comes true as after four days of being declared Covid-19 free district, a positive patient appeared in Mohali on May 26.

He said till date a total of 114 coronavirus patients have been reported in district out of which 102 have been cured and discharged with three deaths reported and for now Mohali is left with nine active cases.

With 102 people recovering so far out of a total 114 and three deaths, Mohali has the recovery rate and fatality rate of 89.5% and 2.6%, respectively.