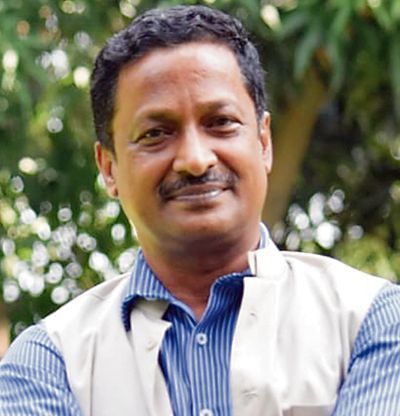 After a stint of nearly two and a half years with the Chandigarh Administration, UT Adviser Manoj Parida has been transferred to Delhi. A 1986-batch AGMUT (Arunachal Pradesh, Goa, Mizoram and Union Territories) joint cadre officer, Parida has been appointed as the Chairman, National Authority of Chemical Weapons Convention, in the rank and pay of a Secretary to the Union Government, under the Cabinet Secretariat. He is scheduled to retire in February next year.

‘Happy Covid in city under control’

I am happy to get a chance to serve in the Government of India at the Secretary level. However, I am happier that at least Covid is under control in UT when I am leaving. -  Manoj Parida

Parida had joined on December 26, 2018, as Adviser to the UT Administrator. The transfer order was issued after the Appointments Committee of the Cabinet gave its approval at a meeting today.

“I am happy to get a chance to serve in the Government of India at the Secretary level. However, I am happier that at least Covid is under control in Chandigarh when I am leaving,” said Parida.

Who all are in the reckoning

Several names are doing the rounds in bureaucratic circles for the post of the UT Adviser. The names include Maninder Bains, an IAS officer of the Assam cadre (he was earlier posted here as the Chairman of the Chandigarh Housing Board (CHB); Renu Sharma, a 1988-batch IAS officer, at present posted as the Additional Chief Secretary (Transport), Delhi Government (she was recently suspended for violating the lockdown orders to contain the Covid-19 pandemic); Dharmender Sharma, at present posted as the Director General, Election Commission; Satya Gopal, posted as Additional Secretary, Delhi Government (he was also earlier the Chairman, CHB); and Chetan Bhagat Sanghi, posted as Chief Secretary, Andaman and Nicobar Islands. —TNS