Chandigarh got no Covaxin dose to date, Lok Sabha told 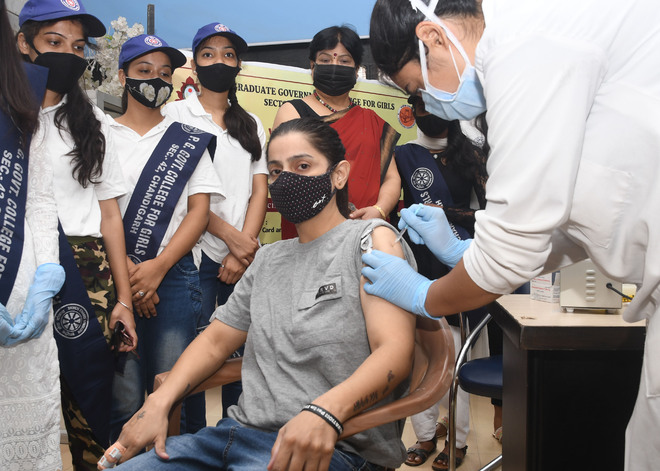 A girl gets the Covid vaccine at the Post Graduate College for Girls in Sector 42, Chandigarh, on Saturday. Tribune photo: Vicky

Chandigarh did not receive a single dose of Covaxin till date from the Government of India, reveals data tabled in Lok Sabha. The Union Territory is among the 13 states, including North-Eastern states, which only received Covishield for vaccination drive.

The remaining 24 states have received both Covaxin and Covishield vaccines for inoculation. As a matter of fact, all 37 states and union territories received Covishield along with Covaxin.

The states and UTs that did not receive Covaxin include Chandigarh, Manipur, Meghalaya, Mizoram, Nagaland, Puducherry, Sikkim, Daman and Diu, Dadra and Nagar Haveli, Arunachal Pradesh and Andaman and Nicobar.

Meanwhile, Chandigarh officials say there is no specific rationale behind allocating only Covishield and the decision entirely rests with the Government of India and not with any state.