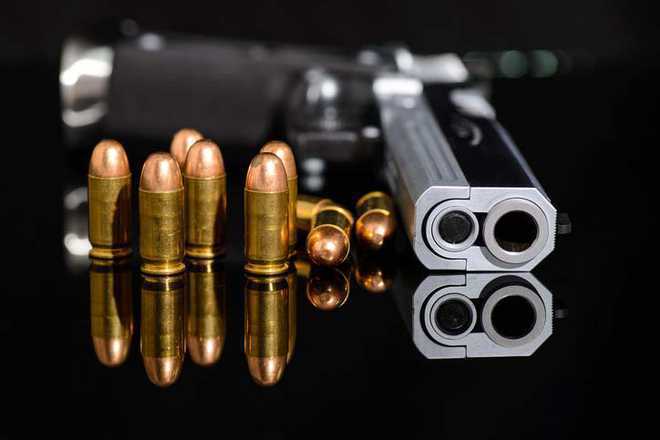 The Mataur police today arrested the vendors, Sunil and Kaka.

High drama was witnessed at the Phase 7/8 traffic light point after two roadside vendors allegedly attacked a car here on Wednesday night. The car driver reportedly fired into the air in self-defence.

Mataur SHO Inspector Rajiv Kumar said they had arrested the two vendors. The suspects, who were migrants, used to deal in scrap. The car driver’s statement had been recorded.

The Mataur police today arrested the vendors, Sunil and Kaka. The incident took place when the victim, Arun Chaudhary, a resident of Sector 71, was returning home from Phase 8 here.

The police said the vendors were fighting among themselves. In the meantime, they saw Arun’s car moving towards them. They started throwing stones at the vehicle fearing that the car driver might have been sent by their “common enemy”.

When the duo started throwing stones at the car, Arun came out of the vehicle and fired two rounds into the air with his licensed .32 revolver. Later, the duo fled from the spot. The police reached the spot and shifted the injured driver to the Civil Hospital, Phase 6, here. The police also recovered two cartridges from the spot.

Inspector Rajiv Kumar, SHO of the Mataur police station, said: “We have arrested both vendors. The suspects, who are migrants, used to deal in scrap. The car driver’s statement has been recorded. Investigations into the case are on.”