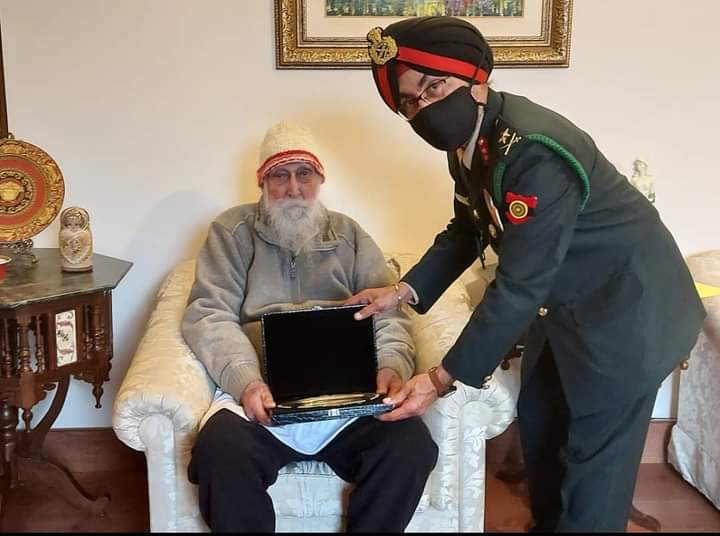 Col Prithipal Singh (Retd), the veteran who recently celebrated his 100th birthday and has the unique distinction of serving in all three Services, was presented with a Silver Salver by Maj Gen GS Kahlon on behalf of Chief of Defence Staff Gen Bipin Rawat on Veterans Day, here on Thursday.

General Rawat acknowledged his rich and varied  experience, including  participation in active operations which are a source of inspiration for the younger generations.

Col Prithipal Singh had served during the Second World War with the navy and after Independence, with the Army during the 1965 Indo-Pak War. In the last stage of his career, he was posted in north-east with the Assam Rifles – Z paramilitary organisation.