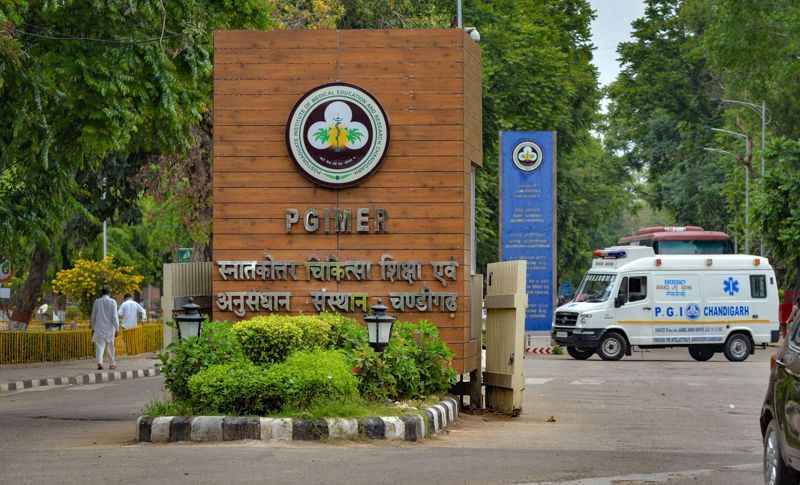 A PGI study found prevalence of Vitamin A deficiency in 35.14 per cent of the preschoolers of Chandigarh.

A PGI study found prevalence of Vitamin A deficiency in 35.14 per cent of the preschoolers of Chandigarh.

This community survey has also unmasked the alarmingly high Vitamin A deficiency and poor Vitamin A dietary intake among marginalised children aged 6-60 months, who are beneficiaries of the Integrated Child Development Scheme (ICDS).

The study was published in the Indian Journal of Community Medicine this year recently.

The prevalence of underweight, stunting and wasting in the study is 19.4 per cent, 22 per cent and 16.1 per cent, respectively. Although more than 3/4th of the children aged 9 months or above in the PGI study cohort reported having received Vitamin A supplementation doses, complete coverage from available records was only 38.52 per cent. This figure is below the NFHS-4 survey conducted in 2015-16 where 60 per cent of the preschoolers aged 9-59 months received a Vitamin A dose in the past six months.

As a majority of the families enrolled in the PGI study had migrated from states such as Uttar Pradesh, Bihar, Chhattisgarh and Jharkhand to escape poverty, food insecurity and lack of employment opportunities in their respective states, the PGI compared the study estimates with the Vitamin A deficiency rates reported from the states outsourcing these migrant populations in Chandigarh. States such as Bihar (23.5 per cent), Chhattisgarh (26.6 per cent) and Haryana (26.1 per cent) have a severe public health problem and Punjab (17.2 per cent) and Uttar Pradesh (17.1 per cent) have a moderate public health problem of Vitamin A deficiency.

The study also found that the odds of Vitamin A deficiency were lower in subjects with middle and higher family income when compared to lower family income.

“A targeted approach involving updated surveillance of susceptible populations is critical to optimise the existing nutrition programmes like Poshan Abhiyaan, besides exploring the option of food fortification with Vitamin A in the supplementary food supplied under the ICDS programme,” experts pointed out in the study.

The study was conducted as a community-based cross-sectional survey of children across the anganwadi centres in the city from January 2018 to June 2019. As many as 216 children aged 6 to 60 months were enrolled from 30 anganwadis of the city during the study period. A 24-hour dietary recall captured detailed information about all foods and beverages consumed by the children in the past 24 hours.