Netizens appreciate the boys’ gesture towards their girl pals 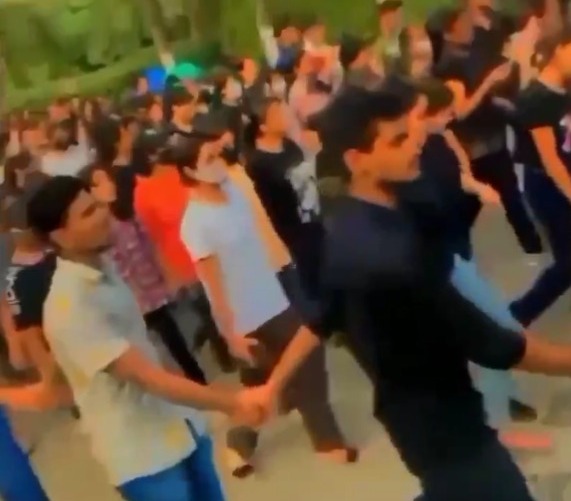 A video grab of students protesting at the Chandigarh University.

While videos of protests erupting on the Chandigarh University campus have been doing the rounds on social media, a video of boys holding hands as they encircle girls marching in protest has caught the eye of netizens.

What struck the chord was the wholesome gesture of the university boys with a special message.

CU chads doing the cutest protest ever!!
You go Bois!!!#justiceforcugirls #chandigarhuniversity
They held each other's hands and created a barrier and kept girls inside it to "protect" them , maintaining this they did their rally.
It's most meaningful protest I've seen so far! pic.twitter.com/ZcIH0ACyGP

The university students were protesting after a girl had shared objectionable videos of her hostel mates with a youth who had uploaded those on social media.

As soon as the news broke out, the students took to the campus premises to raise slogans and protest demanding strict action against the accused.

They even raised concerns over the safety of girl students at the campus hostels.

Among other protest videos, this one in particular was appreciated because of the special message it echoed.

While the incident left girl students wary of their safety, the boy students encircling them as they marched together came as a ray of hope amid all the uncertainty.

Their support for their girl pals symbolised the students’ unity at the university, with the hope that justice prevails.