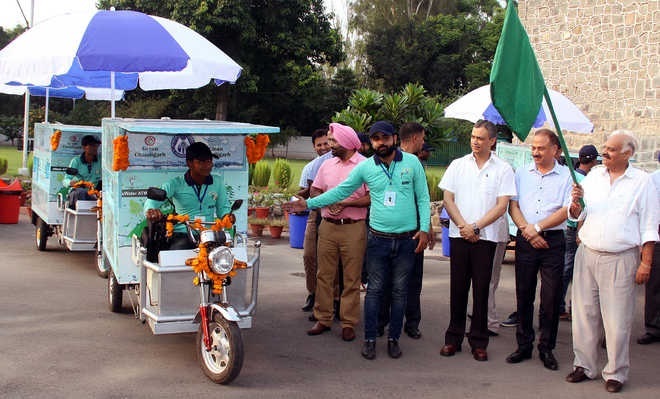 No agency has shown interest in taking up the ~50-lakh project. file

Chandigarh Smart City Limited’s aim of providing quality water to the public at cost- effective rates by setting up 10 water ATMs in different parts of the City Beautiful has hit a roadblock.

Not even a single agency showed any interest to take up Rs50 lakh project on the PPP (public-private partnership) mode in the recent tendering process. No technical bids were required and participants had to submit application for the financial bid. However, it did not work out with none coming forward.

“Earlier, we had proposed to set up 20 water ATMs. Later, their number was reduced by half. It could be that bidders found that stations are less and estimates high. Thus, they will not be able to recover the cost,” said an official.

Smart City’s General Manager NP Sharma said, “No company came forward in the tendering process. We will evaluate the reason and refloat the tender with some required changes.”

He shared this project was envisioned with the hope of providing water on cheap rates to people outside. “Sometimes, person needs just one glass of water. He/she has to buy whole bottle. But, on cheap rates they can take it from the ATMs,” he added.

The price of a small glass of 250 ml water has been fixed at Rs2. The rates go up to Rs20 as per the requirement. The water ATMs have been planned at bus stand, Sector 17, near Sector 43 ISBT, Sector 35 and the District Courts complex.

More, water vending machines will be added later on new sites. It would also boost tourism. With this project, people will be able to drink safe water with a click of a button without any hassle.