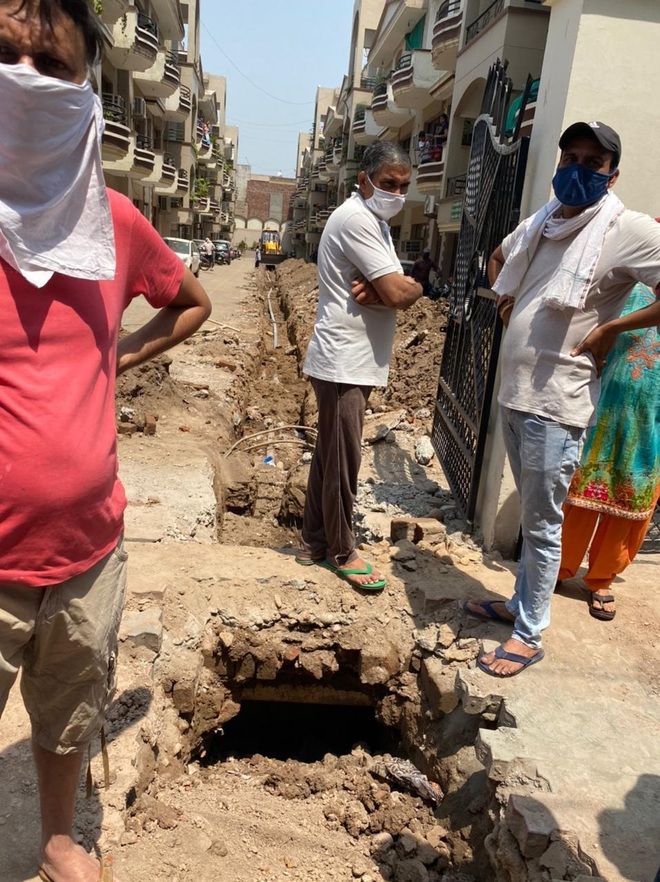 Residents of Shagun Enclave, Ward No. 7, and nearby areas in Baltana complained that they are facing acute water shortage for the past one week. They alleged that the MC disconnected the water supply after Neha Sharma, Congress councillor from Ward No. 5, intervened to ensure uninterrupted supply to her ward as the pipeline for Ward No. 7 was “illegally” drawing water from their share.

“They took connection from the Wadhwa Nagar tube well without taking permission from the MC. They are not paying any fee to the MC. They may be facing problem, but residents of Ward No. 7 are suffering too,” Neha said.

“NK Sharma claims to have built Baltana from scratch. It is his own doing for which people are suffering,” she said.

Municipal Engineer Mukesh Rai said no permission was sought for the connection from the Municipal Council.

“Till colony residents get water supply, it will be supplied to them through private tankers and I will bear the entire cost,” he said.

SAD councillors claimed that a tube well each in Ward No. 19 and Ward No. 20 and two in Ward No. 21 were installed last year, but these were deliberately not being made functional due to political interference.