Weekend bar on Sukhna, night curfew to stay in Chandigarh

Shops to down shutters by 8 pm, eateries 9 pm 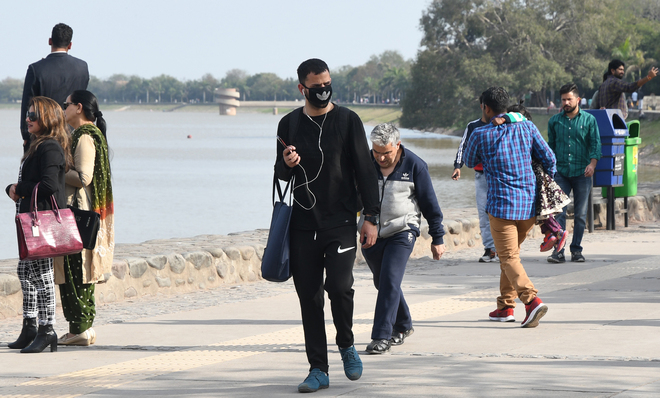 Given the sudden rise in Covid-19 cases in the city, the UT Administration has decided not to lift the night curfew till August 31. However, the Ministry of Home Affairs (MHA) has removed the restrictions on the movement of individuals during night (night curfew) in Unlock 3.0, which will come into effect from August 1.

The odd-even system will be introduced only in those markets where social distancing norms are flagrantly violated. A committee will make a surprise inspection and decide. Market associations can join hands to avoid this hardship by strictly following norms. — Manoj Parida, UT Adviser

After detailed discussions with medical experts, senior officers and public representatives, UT Administrator VP Singh Badnore has decided to order various restrictions in the city to contain the virus.

The UT Administration, which issued its Unlock 3.0 guidelines today, said the night curfew would remain in force from 10 pm to 5 am.

To prevent overcrowding, Sukhna Lake will remain closed on weekends and the entry of visitors will be completely banned on Saturdays and Sundays.

The Administration has also decided to re-introduce the odd-even system in congested markets after a fresh examination by the authorised committee, headed by the Finance Secretary, UT.

All market places will close by 8 pm. Earlier, shops were allowed to open from 10 am to 9 pm. However, eateries can remain open up to 9 pm. Exemption to essential shops, such as chemists, will continue.

He said yoga centres and gymnasium could open only from August 5 with standard operating procedures issued by the Ministry of Health and Family Welfare for ensuring social distancing.

The authorities concerned said the drive against non-wearing of masks had been intensified. Over 8,000 challans had been issued and nearly Rs45 lakh had been recovered from the violators.

Any violation of the orders will be punishable under provisions of the Disaster Management Act, 2005, apart from action under Section 188 of the IPC and other legal provisions, as applicable.