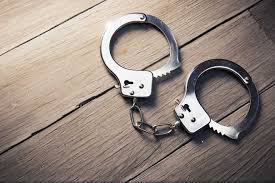 Four days after a man was found dead under mysterious circumstances on the stairs of his house in Sector 41, the UT police arrested his wife for allegedly strangling him. The victim had a quarrel with his wife following which she strangled him.

The victim, Gurdev Singh, aka Happy, a resident of AG Colony, Sector 41, was found dead on the stairs of the second floor of his house in the morning of July 14.

The complainant, Bahadur Singh, who is the victim’s neighbour and president of the RWA, Sector 41-C, had stated that on the day of the incident, the victim’s wife, Harpreet Kaur, had told him that her husband was lying unconscious. The complainant thought that since Gurdev used to consume drugs, he might have died due to drug overdose. He informed the victim’s parents about the death.

While the victim’s family members were preparing for the last rites, they noticed marks on the victim’s neck following which the police were informed and an investigation was initiated.

Police officials said in the autopsy report, doctors mentioned that in their opinion the cause of the death was asphyxia due to manual strangulation. A case of murder was registered at the Sector 39 police station.

The police then grilled the victim’s wife, who revealed that she had a fight with her husband on the stairs following which she strangled him and came home. “The victim used to quarrel with his wife frequently after consuming drugs,” said a police official. The suspect was arrested by the police. She was produced in a court, which sent her in judicial custody. — TNS