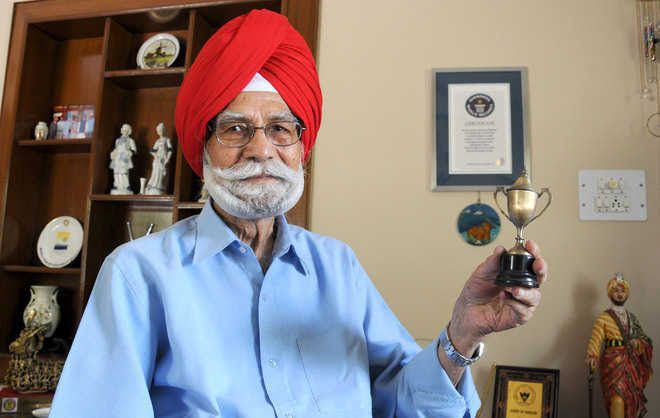 The sporting legacy of hockey player Balbir Singh Senior will always be an inspiration for the coming generations, especially young players.

This was stated by Sports Minister Gurmeet Singh Meet Hayer as he commemorated the gold medal won by the Indian hockey team in the London Olympics in 1948 with Balbir Senior’s family at their residence in Sector 36 here today.

The minister said the Punjab Government would recommend to the Central Government to award the Bharat Ratna to Balbir Senior.

Meet Hayer said after the Independence, Indian hockey team won the gold medal for the first time in the London Olympic Games in 1948. Balbir Senior had a major contribution in the victory and he went on to complete a hat-trick by winning gold medals in another two Olympics.