Work allotted, way paved for recarpeting of 34 stretches in Chandigarh : The Tribune India 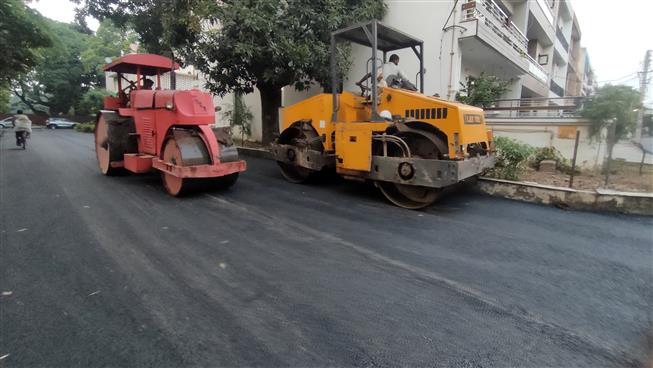 Recarpeting work on in Sector 44-B on Sunday. Pradeep Tewari

Work on recarpeting of worst-affected road stretches is set to be completed by December as the local Municipal Corporation has allotted works to different contractors.

As per the MC data, a total of 34 stretches in the southern area have been proposed to be recarepted by December. The work started a few days ago.

The work is usually stopped around December, due to winter, and resumed in February, when the weather is considered conducive for the job.

“Our endeavour will be to complete work on these stretches by December. If some work still remains, it will be completed later. All works stand allotted,” said a senior MC officer.

An MC official said works worth around Rs 50 crore would be carried out this season.

However, some residents rued certain roads had been in bad shape for a long time, but the authorities had failed to take note. "The Jail Road in Sector 51 is in a poor condition with potholes across a 500-metre stretch on the front entry end of the high-security facility. Dust, gravel and potholes make it a bumpy and risky ride. Almost all inner roads of Sector 51 are in tatters, with no repair or patchwork being done for the past three years," said Mandeep Singh, a Sector 51 resident.