Civic body pays Rs2.2 crore as rent to firm since February last year, most employees not wearing the smart devices 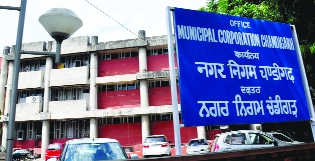 The Municipal Corporation has splurged about Rs2.2 crore as rent on smart watches, which failed to serve any purpose.

Contrary to the purpose for which the watches were acquired, the corporation did not issue salaries on the basis of it to those who are wearing watches. This leaves the whole practice unfruitful.

It was in February last year that the civic body started distributing 4,000 watches to its employees to track them. A three-year contract was signed with a private company to provide the watches. As per the deal, the corporation has to pay around Rs18 lakh each month, which comes to about Rs2.2 cr per annum.

But many of the staff members, especially sanitation workers, are not wearing these watches. Contrary to the purpose for which the watches were acquired, the corporation did not issue salaries on the basis of it to those who are wearing watches. This leaves the whole practice unfruitful.

“With Rs2 crore, we could have got several works done in our wards. The field staff doesn’t wear these watches. Only a few employees who sit in the office use these,” lamented Leader of Opposition Devinder Singh Babla.

He said the BJP-ruled House had passed the agenda. Even the saffron party councillors Arun Sood and Rajesh Kalia had in a House meeting objected to continuing with the use of watches citing that the devices give wrong location.

Caught in a catch-22 situation, the MC House had resolved to form a committee comprising councillors and officers to examine the issue on October 30 last year. Nearly six months later, the panel’s report is still awaited.

“It seems the MC is buying the time. It is an election year, so there are bleak chances that the project will get implemented as councillors see safai workers, who had held protests against the move, as a major vote bank in small colonies,” said a source.

Meanwhile, MC Commissioner KK Yadav shifted the blame on the panel. “It is for the committee to give its report. Then only we can do something,” he said.

However, he said, “If out of 4,000 watches, a few developed some glitches, it does not mean all watches are faulty.” He added that at present, the attendance of employees was marked through the watches, but their location was not being tracked.

Yadav said in comparison to the salaries paid to the staff, Rs18 lakh rent a month was an insignificant amount.

The watches were introduced after there were many complaints of dummy employees and many field workers marking their attendance while sitting at home.