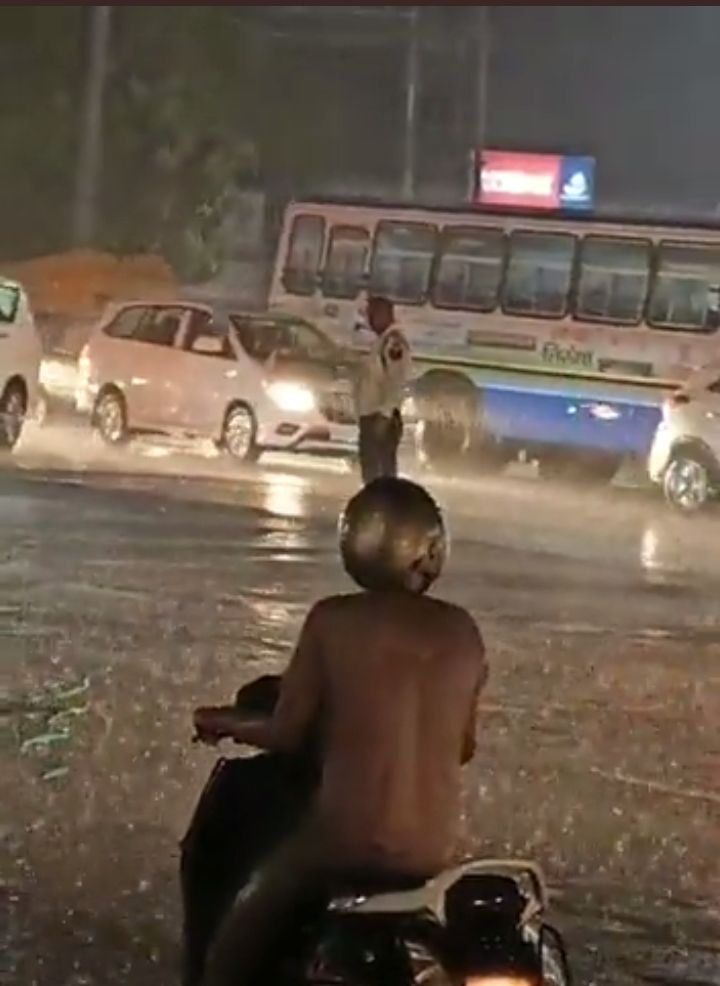 A cop regulates traffic in the rain on the Chandigarh-Ambala road in Zirakpur on Sunday. tribune photo

Rainshowers lashing the tricity have once again brought up the issue of waterlogging. Most Zirakpur roads were flooded with rainwater bringing mobility of commuters almost to a naught.

Long queues of vehicles were seen on the main road near Patiala Chowk, Singhpura Chowk and the under-construction vehicular underpass (VUP).

Although it was a holiday with most office-goers staying home, rain dampened the festive spirit of commuters as they had to wait for more than 40 minutes on the Chandigarh-Zirakpur stretch.

Roads underneath the flyover was choked with rainwater. Residents and vehicle users had to face inconvenience as inner roads were waterlogged and turned slushy.

Saransh Gautam, a VIP Road resident, said, “I had gone for shopping in the evening, but while coming back I was stuck in a traffic jam. It took me more than one hour to reach home from Chandigarh. Waterlogged roads and traffic snarls made commuting worse.”

The problem persisted even past 10:30 pm after which the movement of vehicles gradually came down on the stretch.

Residents in the low lying areas complained that rainwater entered their houses. “We had to flush out rainwater to prevent damage to our household items,” residents added.

A row erupted over a Tricolour displayed on the flyover with Ashok Chakra missing from the flag. Residents panned the move and soon it became a topic of discussion on various social media groups. Later, the flag was taken down to end to the controversy.