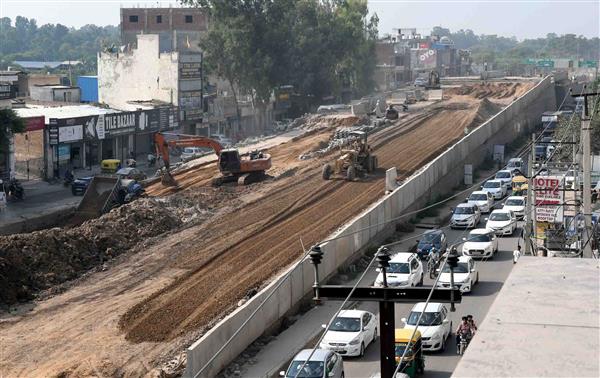 Work to level earth underway on the underpass in Zirakpur on Sunday. TRIBUNE PHOTO: NITIN MITTAL

The under-construction vehicular underpass near the Chandigarh-Zirakpur border is set to miss its second deadline even as the road users continue to face daily harassment owing to snarl-ups amid a bumpy ride on a daily basis.

The travel time from Chandigarh to Zirakpur has stretched from 25 minutes to nearly an hour or more during office hours but the Punjab Public Works Department (PWD) seems unmindful of their plight.

The project missed its first deadline in August. The tentative date for completion of construction work was August 3. The deadline was set for end of October, but going by the ongoing pace of work, the second target date is likely to be missed.

Officials said only if the work was done at an express pace would they be able to reach near completion around Diwali. In all likelihood, the construction work was going to stretch till year-end.

With more than one lakh people in Zirakpur and peripheral areas already grappling with traffic woes due to the underpass, work on another one and two flyovers is set to start at two more places - K-Area and Singhpura Chowk.

The service lanes near the Singhpura Chowk have been cleared and the main work on two flyovers will begin soon. At K-Area, near Baltana, work on an underpass is in the soil-testing stage.

At the Zirakpur underpass, one portion of the ramp towards the Chandigarh side is being filled with earth, which will be followed by setting process. Once the earth is settled, road metalling work will begin.

In the past two months, concrete tiles have been prepared at the site. The retaining wall of one side of the ramp has been erected and earth filled. The earth is being compressed and settled after which road will be made. While one side of the ramp is ready, work on the other side is taking a bit longer.

Zirakpur traffic incharge Rajpal Singh said: "In the past one year, the traffic police have been on toes to ease the bottleneck. We are doing our best. The situation will normalise after the underpass is complete and made operational." 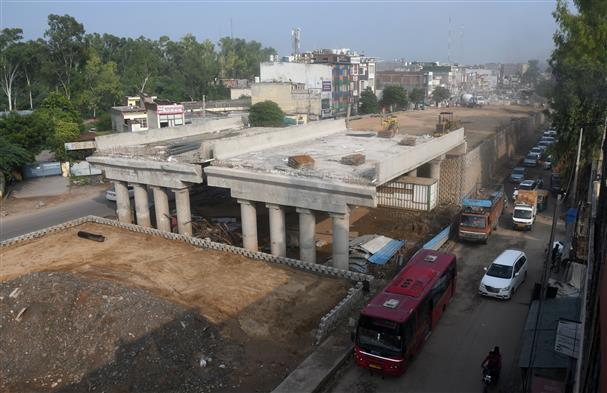 Finished: Construction of underpass, retaining wall on the Zirakpur side

Still on: Work on making concrete tiles near Chandigarh end of the ramp

Yet to begin: Work on retaining wall at Chandigarh end 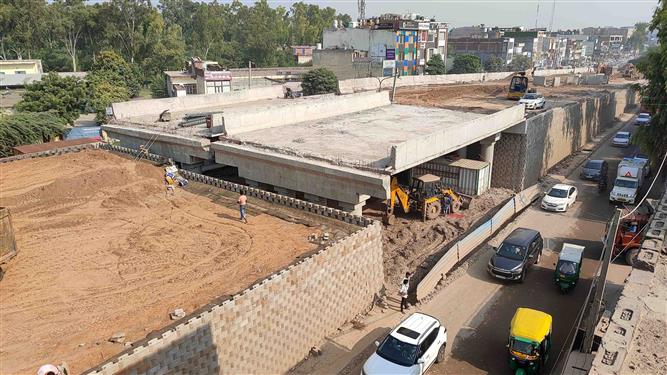 Finished: Work on tiles, earth filling, part of retaining wall on Chandigarh side

Yet to begin: Road metalling on both sides

Due to recarpeting work, the V3 road between Sectors 6 and 7 will be closed on October 3 and 4. The MC has requested commuters to take alternative routes.