The Simla Agreement resulted in the conversion of the ceasefire line into LoC, besides laying stress on bilateralism and peaceful resolution of disputes. This meagre outcome was obtained even after Indira Gandhi was venerated as Durga and Sam Manekshaw as the victorious General of India’s first military triumph in a thousand years. The strategic community has long argued that military gains were frittered away at the negotiating table. 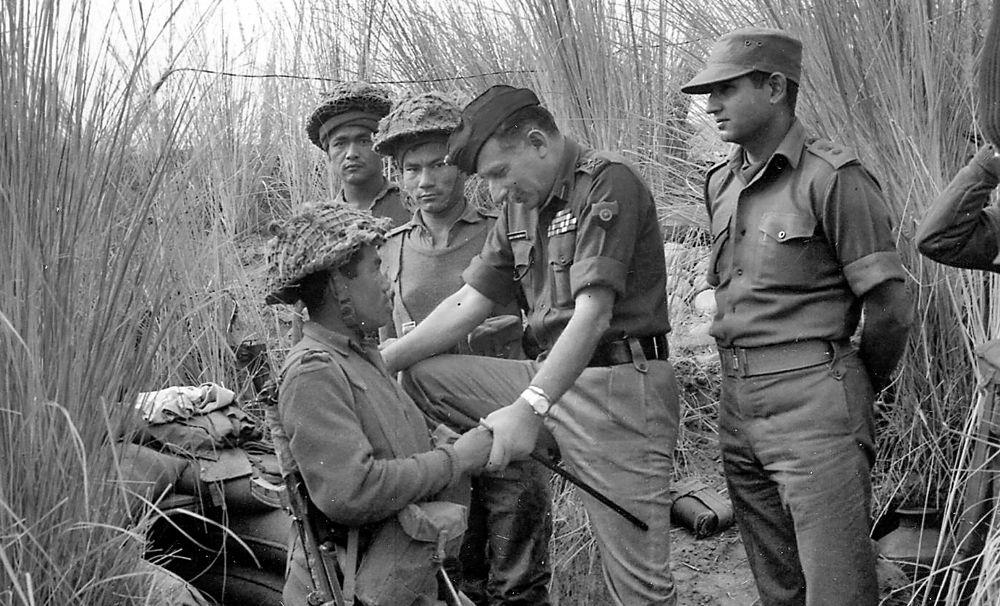 The 1971 India-Pakistan war was a brilliant and comprehensive military victory which gave birth to a nation. The grand strategy resulted in the unconditional surrender of 93,000 PoWs, capture of 5,000 sq km in the west and humiliation of the Pakistan military. When Prime Minister Indira Gandhi went to Simla, she was the victor armed with strategic gains, while Prime Minister Zulfiqar Ali Bhutto was the defeated and depleted leader. The Simla Agreement resulted in the following: (a) conversion of the ceasefire line (CFL) into the Line of Control; (b) concept of bilateralism and peaceful (non-use of force) resolution of disputes and (c) heads of both states would meet for a final settlement of the Kashmir issue. This meagre outcome was obtained even after Indira Gandhi came to be venerated as Durga and Sam Manekshaw as the victorious General of India’s first military triumph in a thousand years. The strategic community has long argued that military gains were frittered away at the negotiating table.

The Indian diplomatic corps had not accepted this failure gracefully. So, we now have seasoned diplomat Chandrashekhar Dasgupta’s book India and Bangladesh Liberation War: The Definitive Story, which has been hailed as ‘myth-shattering’. Dasgupta’s claims are based on painstaking research from archival material but as Sarmila Bose (Oxford University) wrote in Dead Reckoning: Memories of 1971 Bangladesh War, that most of what is written are partisan accounts, not history. She wants “evidence to tell the story” and testimony of participants and eye-witness accounts to become building blocks for chronicling and analysing memoirs and official accounts. That war is “poorly documented” is a fact. Equally, PN Haksar, DP Dhar and PN Dhar — all distinguished civil servants’ accounts are in many ways partisan. Dasgupta’s definitive account is a valiant effort in countering the critique of the foreign and civil services during and after the war.

Dasgupta’s depiction of the Simla outcome, rationale for delaying military intervention and portrayal of Manekshaw as no great leader contradict conventional wisdom. When Indira Gandhi summoned Manekshaw for a Cabinet meeting in April following the military crackdown in East Pakistan, he told her that immediate military invasion would fail as time was required to construct infrastructure, logistics, make up shortfalls in equipment, avoid monsoon in riverine terrain and allow northern passes to close to prevent Chinese intervention. In fact, Lt Gen JFR Jacob, in his book Surrender at Dacca: Birth of a Nation, has arrogated the need for more time to his recommendation from the Eastern Command. But Dasgupta says that even before Indira Gandhi called in Manekshaw, she had already made up her mind that more time was needed for political and diplomatic preparations as “non-interference was held sacred and intervention was not kosher”. It was Haksar who dissuaded Gandhi from early intervention. So, Gandhi’s intent to delay action coincided with Manekshaw’s recommendations. What is the big deal in the uncanny strategic politico-military congruence! That Manekshaw stole the limelight is another matter.

Similarly, on the outcome at Simla, Dasgupta tells us that India’s aim was the liberation of Bangladesh. Period. That was achieved in entirety on December 16, 1971, following the abject surrender of Pakistani forces. Gandhi went to Simla with several aces up her sleeve — 93,000 PoWs, 5,000 sq km territory in the west and 195 Pakistan PoWs to be tried for war crimes in Bangladesh. Dasgupta says India’s subsidiary aim was to convert CFL into LoC and secure a treaty encapsulating bilateralism, non-use of force, and a final settlement of Kashmir. The Simla agreement was held from June 28 to July 2 and that talks had failed was leaked to journalists on July 2. Bhutto sought another meeting with Gandhi after dinner to break the deadlock and clinched a favourable deal with just sweat up his sleeves.

The only definitive book on the Simla Accord, Simla Summit 1972: Its Wasted Promise, authored by PR Chari and Pervez Iqbal Cheema, presents each country’s perspective. Before the summit, preliminary talks were held in London and Murree. While Gandhi wanted a final settlement on Kashmir, Bhutto wanted back 93,000 PoWs, 5,000 sq km of land and foregoing the trial of 193 PoWs. In the London talks, DP Dhar and Bhutto’s emissaries agreed on conversion of CFL to LoC and settling all disputes by peaceful means. PoWs could not be returned and some not tried without the consent of Bangladesh. Chari writes: “It is clear India was agreeable in Simla to resolving Kashmir by accepting its division along LoC.” The inability of Indian negotiators to freeze status quo in Kashmir led to the failure of Simla. Cheema notes that Bhutto went to Simla with no cards up his sleeve. It was repeatedly stressed by the Indians to convert the new LoC into IB (p135) despite their arguing that it was constitutionally and legally a part of India. And yet they were seeking status quo. The wasted promise in the title of the book refers to Bhutto’s promise to gradually turn the LoC into IB. Senior journalist Inder Malhotra says in The Indian Express (April 9, 2014) that Pakistanis said Bhutto’s diplomatic artistry fooled Gandhi. He adds that Soviet President Brezhnev had told Gandhi that Bhutto must not be sent back empty-handed. Gandhi’s magnanimity as victor made the accord possible as Bhutto promised, DP Dhar wrote in 2005: “Aap mere par bharosa keejiye” on turning LoC into a border.

Manekshaw comes in for some uncharitable comments like lacking geopolitical vision, being a story-teller and that it was Jacob not Manekshaw who masterminded the victory, including naming Dacca as the war objective. It would take another column to demolish this myth, the handiwork of Jacob. Suffice it to say that Jacob was a thinking staff officer, akin to a principal secretary to the executive. But Manekshaw and the Eastern Army Commander Jagjit Singh Aurora were commanders, heading the campaign. A picture appeared in mid-December in The Hindu, showing Manekshaw conspicuously leaning forward, seated opposite Gandhi in her office that testifies to the unique rapport between them. No one can take away from Manekshaw his well-earned glory. Dasgupta’s book is a must read even if it does not shatter any myths.