2018 ‘covert’ op that is embarrassing India

It is not anybody’s case that Princess Latifa was wanted for any crime in her home country and that we had only cooperated for rendering her to justice in the UAE. Our ‘unprecedented operation’, as per the daily, had involved ‘three Coast Guard ships, helicopters and a maritime surveillance aircraft’ to locate ‘a US-flagged yacht’ carrying the Princess and her friends. 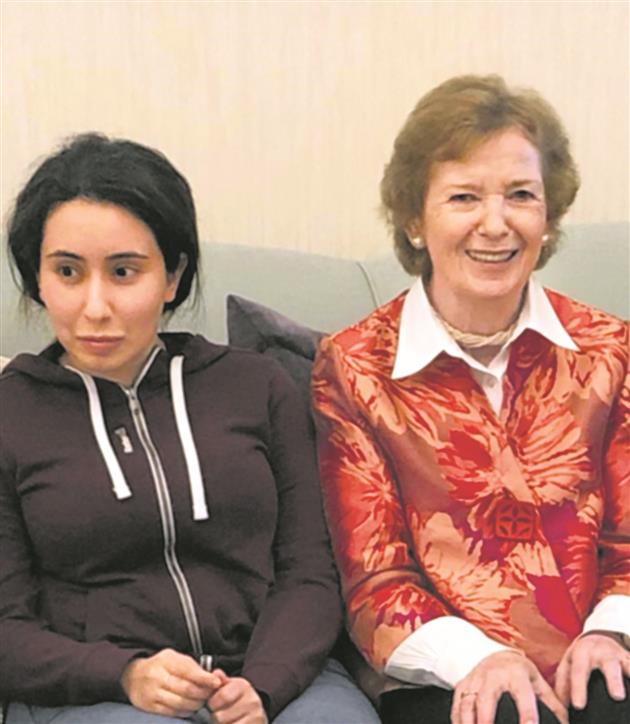 Intriguing: Latifa (left) had alleged that she was seeking to escape torture by her father, Dubai ruler Mohammed bin Rashid al-Maktoum. AP

On April 27, 2018, a leading Indian business paper, quoting “highly placed government sources”, said that a secret Coast Guard operation was authorised at the highest level to intercept an unarmed yacht carrying “runaway” Dubai royal princess Latifa Mohammed bin Rashid al-Maktoum. This was after key national security officials felt it necessary to “secure India’s counter-terrorism and strategic interests.” However, new revelations in the form of secret videos released on February 16, 2021, would embarrass us further as this was apparently done without following the legal procedure.

If true, this was an unprecedented action as no such forcible “rendition”, as the Americans call it, was allowed by India in its history. I know personally that Prime Minister Rajiv Gandhi did not oblige even his personal friend, Afghan President Mohammad Najibullah, when he requested, through secret intelligence channels, the rendition of his key aide who had deceived him and escaped to the West through India with large sums of money. That was at a time when Najibullah was helping India through a number of sensitive operations to frustrate Pakistan’s covert war against us.

America justifies such demands based on Article IV, Section 2 of its Constitution which requires a state to hand over such fugitives if found within its jurisdiction. Also, America has been claiming “universal jurisdiction” since the 19th century against piracy on the high seas, quoting a judgment in United States vs Smith (1820). This has been criticised by human rights groups as it was originally meant against slaves.

“Extraordinary rendition” is adopted when such fugitives are nabbed with the help of local security services in a foreign country or merely kidnapped without following the legal extradition procedure. The first such case was in 1883 when the Pinkerton Detective Agency, their oldest private detective company, kidnapped one Frederick Kerr from Peru for a Chicago court.

In 1997, the CIA abducted Mir Aimal Kansi from a Pashtun tribal area with covert Pakistani police help for shooting and killing two CIA employees in 1993 outside their office in

Langley. Kansi was executed in the US after a trial in 2002.

After 9/11, the US pressured foreign governments to agree to “extraordinary rendition” in which the fugitive was forcibly nabbed and sent to other countries for interrogation. Stephen Grey, author of Ghost Plane: The True Story of the CIA’s Rendition & Torture Programme, says that Pakistan had handed over more than 500 persons to the CIA after 9/11.

In 2009, Sabrina De Souza, a CIA employee of Indian origin, was convicted along with 21 CIA officials in absentia by an Italian court for aiding the abduction of a 9/11 suspect of Egyptian origin, Abu Omar, from Milan, Italy, in 2003 and forcibly sending him to Egypt in a US Air Force plane where he was tortured. The European Court of Human Rights had also imposed a fine of 70,000 euros on Italy to be paid to Abu Omar and 15,000 euros to his wife.

Faced with these embarrassments, the US Senate Foreign Relations Committee held a hearing on July 26, 2007 to discuss “Extraordinary rendition, extra-territorial detention and treatment of detainees: Restoring our moral credibility and strengthening our democratic standing”. Quoting the Italian case, the then Chairman Senator Joe Biden, now the US President, had said in his opening statement that the controversial rendition programme had created a “toll on our relationship with some of our closest foreign policy partners” as it “operated outside the rule of law.”

It is not anybody’s case that Princess Sheikha Latifa was wanted for any crime in her home country and that we had only cooperated for rendering her to justice in the UAE. Our “unprecedented March 4

operation”, according to the above daily, had involved “three Coast Guard ships, including the state-of-the-art offshore patrol vessels Samarth and Shoor, helicopters and a maritime surveillance aircraft” to locate the “United States-flagged yacht, Nostromo, some 50 km off the coast of Goa” carrying Princess Latifa and her friends.

The paper had also reported that Latifa had said, at the time of

apprehension, that she was seeking to escape torture inflicted on

her and her elder sister Shamsa

by their father, United Arab Emirates Prime Minister and Dubai ruler Mohammed bin Rashid al-Maktoum. BBC’s investigative current affairs ‘Panorama Programme’ said on February 17, 2021, that they were releasing videos that Latifa had secretly recorded during her captivity in Dubai.

These facts were also judicially noticed by the London High Court which issued a “fact-finding judgment” on December 11, 2019, describing how the victims were nabbed by the Indian Coast Guards using smoke grenades or gas, together with gunshots after spotting them from air.

The judgment corroborated Latifa’s allegation that armed Indian Coast Guard forces commandeered her boat on March 4, 2018, from international waters 20 nautical miles off the coast of India. After boarding, they kept her face down on the floor with her hands bound. They threatened to kill Latifa, her friend Tiina Jauhiainen and others. They physically assaulted another friend Herve Jaubert, Tiina Jauhiainen and crew members and forcibly made them return to Dubai. At Dubai, they continued to mistreat them. Tiina Jauhiainen was denied any legal aid and forced to sign a false statement. Latifa was held against her will, locked in a house and her movements tightly controlled.

Former Irish President Mary Robinson, who was the UN Human Rights Commissioner, said on February 16, 2021 that she felt “horribly tricked” over her involvement in this affair. She said she was invited to Dubai by a “friend” in December 2018 where she attended a lunch where Latifa was present. This friend was none other than Princess Haya, the Dubai ruler’s wife, who is also suing him in the London court.

Robinson was later blamed by human rights groups when the Dubai administration released a photo of this lunch to prove that Latifa was safe and healthy. She was originally told of Latifa’s “bipolar disorder”, which she now feels she did not have. Robinson has now joined in calls for immediate international action in order to establish Princess Latifa’s current whereabouts.