A disturbing space flight amid the pandemic

Apart from the bizarreness of the timing and the context, the announcement is deeply disturbing for independent functioning of India’s premier space agency — the Indian Space Research Organisation. The substance of the announcement is questionable, in any case. The announcement is indicative of a total erosion of the independence and autonomy of a scientific agency. This has been happening over the past few years and now the process seems to have reached its zenith. 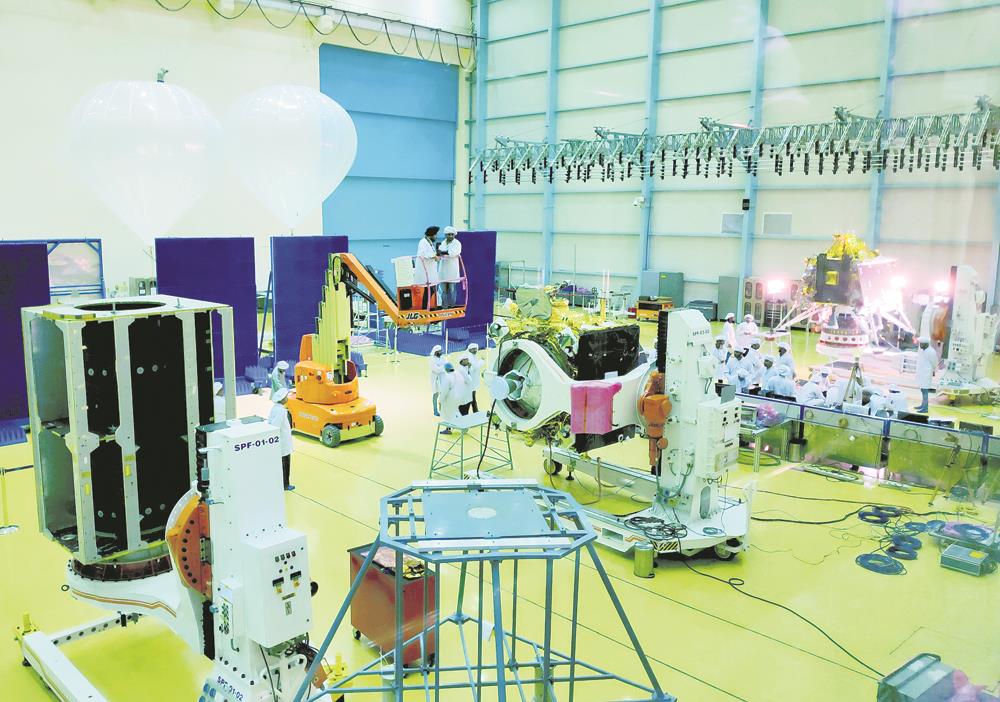 Strange: Inter-planetary travel has been opened to the private sector as part of the stimulus package. 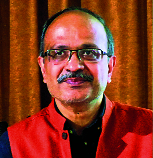 When the news first trickled down about opening up inter-planetary space travel to the private sector as part of the Covid-19 stimulus package announced over the weekend, it sounded like a crude joke. At a time when television screens, newspaper front pages and social media timelines are filled with images of poor migrants walking and cycling on highways, the government is looking to space as a possible solution.

Even if it is taken as a new policy announcement to boost the sagging economy, should it have been clubbed with the relief package for the pandemic which is a grave health and social crisis? Of course, space technology can help alleviate the suffering of people in multiple ways like telemedicine, but Finance Minister Nirmala Sitharaman was not talking about such applications.

She specifically talked about ‘travel in outer space’ and ‘exploration of new planets’ by the private sector. It almost sounded like: “If they don’t have bread, why don't they eat cake?”If you don’t have access to a bus or train on the ground, why don’t you look to inter-planetary spaceships or satellite to the farthest exoplanet?

Apart from the bizarreness of the timing and the context, the announcement is deeply disturbing for independent functioning of India’s premier space agency — the Indian Space Research Organisation (ISRO). The substance of the announcement is questionable, in any case.

The announcement is indicative of a total erosion of the independence and autonomy of a scientific agency. This has been happening over the past few years and now the process seems to have reached its zenith. While it was inappropriate for the announcement to be made as part of an economic package for the pandemic because ISRO is not a revenue-earning (or sick) public sector enterprise, with which the Finance Minister or the government can tinker in a whimsical fashion. ISRO is a national asset and a key element of the strategic-cum-geopolitical armament of the Indian state.

The agency has earned this place through sheer hard work and determination of its scientific workforce under very adverse circumstances, such as technology denial and moratoriums crafted by western powers. ISRO has climbed up the technology ladder step by step, while carefully balancing national interests and exploration of outer space.

Autonomy is in the DNA of the space programme. In the 1960s, all space-related research and programmes were part of the Department of Atomic Energy and the Physical Research Laboratory (PRL) based in Ahmedabad. This activity was directed by Vikram Sarabhai at PRL and DAE where he was appointed secretary after the death of Homi Jehangir Bhabha. PRL was the hub of satellite design, space applications and planning for launch station at Sriharikota. The death of Sarabhai on the night of December 31, 1971, necessitated a change in this set-up.

The then Prime Minister Indira Gandhi decided to create a separate Department of Space and appointed Satish Dhawan, who was director of the Indian Institute of Science (IISc) in Bangalore as its first secretary. Dhawan put a condition: he would continue to work at IISc. So, the Department of Space should be based in Bangalore. He reasoned that it was a scientific department which should be free from Delhi's bureaucratic interference.

That's how space programme moved to Bangalore, much the same way as the DAE was founded in Bombay so that Bhabha, its first secretary, could continue as Director of the Tata Institute of Fundamental Research (TIFR), which he had founded. In 1972, another new wing — Department of Electronics (DoE) — was formed and was allowed to function from Bombay because its secretary MGK Menon (who was Director at TIFR) wanted it to be so.

The point is that the government of the day recognised and accepted the need for the autonomous functioning of scientific departments.

However, autonomy does not mean lack of control from the government. Keeping this in mind, a new mechanism was devised in 1948 when the atomic energy activity started. While the DAE was conceived as a government department for administrative purposes, the Atomic Energy Commission was established as a policymaking body.

In addition, Bhabha had argued that given the strategic nature of atomic energy, the new department needed a high degree of autonomy in terms of government procedures and financial regulations. The commission model could ensure this. The commission had wider representation from within the government as well as outside. The same model was followed for the departments of space and electronics as well. The Electronics Commission was abolished years ago, but the Space Commission exists.

It is unclear from the Finance Minister's diktat about private sector participation in a strategic area of activity if the Space Commission or the Department of Space were party to this. It does not seem to be so, going by the first — and only — reaction of ISRO to the announcement. In a cryptic tweet a few hours after the announcement, the space agency said: “Department of Space will follow government guidelines and enable private players to carry out space activities in the country.”

The tweet made it clear that it has been issued on behalf of the DoS, and that it is merely following ‘government guidelines’ regarding private sector participation. The DoS or the Finance Ministry are yet to make public what these ‘guidelines’ are and if indeed such guidelines existed when the announcement was made.

Sitharaman also said that the government “will allow private sector to use ISRO facilities.” Unless defined, ‘ISRO facilities’ could mean anything from an auditorium to a rocket launcher, and ‘private sector’ could imply anyone from Ambani to Elon Musk.

As of now, India does not have a national space policy that allows the private sector to participate in inter-planetary space travel or use any of numerous facilities of ISRO. The private sector is currently a supplier of equipment and components and user of space applications. If the announcement made by Sitharaman is taken as the new space policy, then the pandemic would prove to be a blessing — and not a curse — for some private sector biggies who have been eyeing ISRO assets for long.