A Force to reckon with 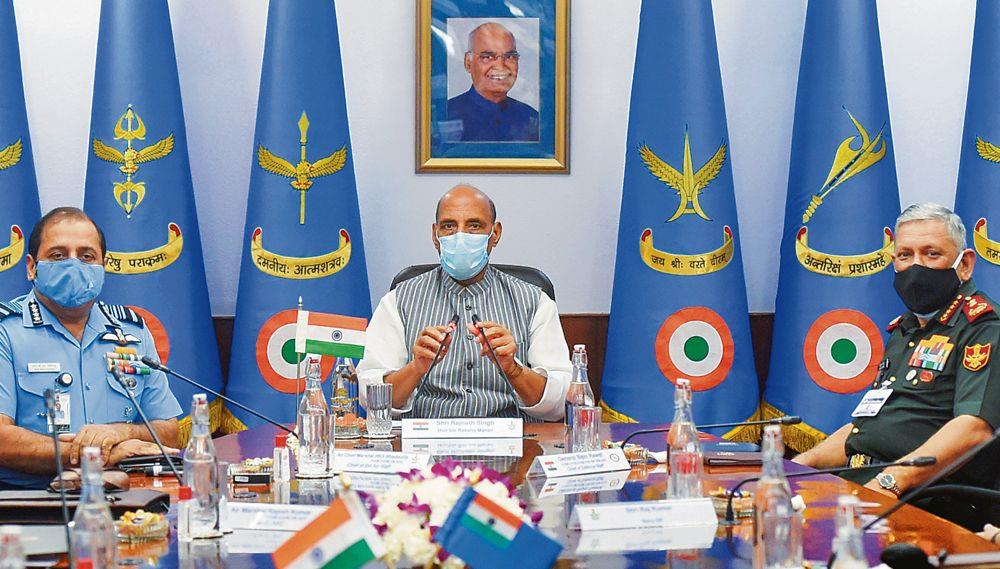 Counterview: The IAF has categorically made it clear that it has very different views from those expressed by General Rawat (right). PTI

There is considerable alarm in India’s strategic community as to whether the moves towards restructuring the armed forces to create theatre commands have been sufficiently thought through. A great deal of it arises from concerns that the man chosen to lead the task in 2017, Chief of Defence Staff Gen Bipin Rawat, has never really had the intellectual heft to handle it. He proved this spectacularly last week in declaring at a seminar that the Indian Air Force was merely ‘a supporting arm to the armed forces, just as artillery support or the engineer support the combatant arms in the Army.’

In one sentence, he negated the advances in warfighting that have taken place since World War II, and raised huge question marks about the intellectual underpinnings of the process he and his team are planning to put the Indian military through.

It doesn’t take a genius to know that the next conventional war will, in all likelihood, be initiated by cyber attacks, followed by air strikes on the land and sea. To be successful, the Army, Navy and the Air Force will have to use the Indian variants of the American AirLand and AirSea battle doctrines. There will be no room for single service ego trips here; ignore the compulsions of fighting on an integrated war plan, and you lose the war.

The purpose of creating a theatre command is the need for a structure that can fight an integrated battle. This is not about ordering a platoon on parade to make a right or a left turn. It is about taking a million-and-a-half-strong, somewhat archaic, war machine and putting it through new paces. The danger is that bits and pieces of that machine may fall off, be forgotten, or be incapable of meeting the new demands.

The IAF has categorically made it clear that it has very different views from those expressed by General Rawat. These were put forward at the same seminar by Air Chief Marshal RKS Bhadauria. In such circumstances, it would be foolhardy for the military to undertake the leaps being envisaged.

Decisions taken without careful study could unbalance the armed forces which, in India’s case, are half-mobilised all the time. For this reason, the Naresh Chandra Task Force of 2011-2012, recommended that a CDS-like figure be appointed immediately, but the process of creating theatre commands be carefully fleshed out through experimentation based on paper studies and joint exercises to debug issues relating to command and control and joint logistics.

There are other reasons for caution as well. In 2001, India created the Andaman & Nicobar joint services command, hoping that its experience will show the path towards more geographic joint commands. Few will deny that the experiment has been a failure.

India has a long history of dysfunctional jointness of its military. Even though combined arms operations were a legacy of World War II, the Indian military never quite took to them. One of the biggest fiascoes of the 1965 war was when the IAF was not even informed that the Army was launching an attack towards Lahore. The Army’s designation of the 1999 Kargil operation as ‘Op Vijay’ and the IAF’s nomenclature as ‘Op Safed Sagar’ in 1999 tells their own story.

It is easy enough, and General Rawat intends to show us, to issue the orders and create the theatre commands. But it will be quite another level of challenge to get these to work as intended. The process of taking forces that have been used to fighting their individual battle and getting them to work with others is not easy. It requires not just paper orders, but large-scale war gaming and simulation, training and exercises on the ground at various levels of complexity. Only when a certain structure becomes viable should it be incorporated into the war plans. The issue is not theatre commands but their shape and the sequential timeline of their creation.

The structure of a theatre command also requires a foundation of jointness in a range of other areas. For example, the need for seamless communications between fast moving combat aircraft, slower armoured and ground force units. It may be a better idea to first put in place a series of functional commands — a joint logistics command, aerospace command, a cyber warfare command — to lay the groundwork for the geographic theatre commands.

Even greater is the need to establish their intellectual underpinning through joint operations doctrines. One such document was issued in 2017, it was widely criticised for its shortcomings. Just as you need a map to figure out the best and easiest way to reach your destination, so, too, you need a doctrine to first set a goal, then provide a guide that will enable the many parts of the system to work along the commonly agreed path. For practical reasons, doctrines are the intellectual product of collaboration of the different component services. To work effectively, they must be consensual documents, rather than a diktat.

The making of all these military moves without first articulating a national security strategy (NSS) is truly to put the cart before the horse. A changed military posture must be based on a larger politico-military guidance from the political leadership as to what is expected of the military. The task of crafting an NSS was assigned in 2018 to the National Security Adviser, as the chairman of the powerful Defence Planning Committee. Since then, there has been radio silence.