A sylvan heaven peopled by the innocent, untouched by the vicissitudes and pressures of modern day life. That’s how I remember the region five decades ago. Years later, peace was to be shattered 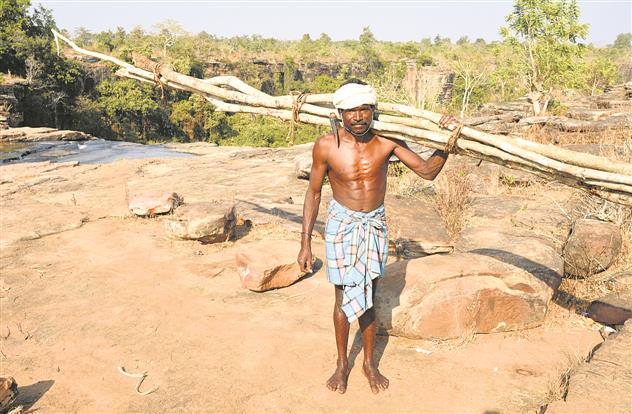 As basic as it gets: A tribal man carrying woods and axe in Bastar. istock 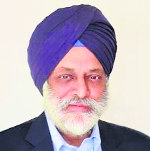 Memories never die. Unwrapping them brings back vivid recollections; such as those of happy times 54 years ago, when I had the good fortune of accompanying my father on a road trip to Bastar.

A 5-mile climb through Telinighat after a 90-mile drive from Raipur on an ill-maintained and narrow road brought some relief from a hot summer as we got into Keskal, a village of about 1,500 people. It was known then as the gateway to Bastar, the largest Indian district — a tad larger than Kerala but with 7 per cent of its population.

On the edge of the plateau overlooking Kanker town was the quaint Keskal Rest House. That this small building built by the British had no electric supply and no running water did little to detract from the wonderous view of the vast wooded plains below.

The Adivasi caretaker welcomed us and, despite a severed hand, set himself to sweeping of the premises, telling us that he had not seen a visitor for years. After fetching water from a well some distance away, he prepared a rudimentary evening meal. Even though we were quite comfortable, despite the absence of electricity, he insisted that he would, through the night, pull the ‘punkah’. And so he did all night from the verandah, out of a sense of duty and not for the reward that followed.

The next day’s drive on a road lined with tall teak and sal (Shorea Robusta) trees took us to Jagdalpur, seat of the Bastar princely state which had held uninterrupted sway from the early 14th century until accession to India in 1948. The magnificent 100-year-old Bastar Palace in more than 20 acres had just a few months earlier been the venue of police action against local tribals protesting the alienation of their lands by outsiders. The most prominent royal then, Pravir Chandra Bhanj Deo, who, despite having lost his demesne identified himself with the interests of tribals of his erstwhile realm, was among the dead. Memories of his intense commitment to the Adivasis of the area were fresh in people’s minds.

The piece de resistance, among the exhibits at the palace, was the grand wooden chariot brought by the then ruler Purshottam Dev from Lord Jagannath’s Temple in Puri in the 15th century. Ma Danteshwari, deity of the royal family, rides this chariot on the conclusion of the 75-day-long celebration of Dasehra each year, as other deities brought by tribals from their villages follow in a grand procession.

Having gone as far as Jagdalpur, it would have been a pity if forays were not made to ‘Bastar’s Niagara’ and the new-found massive iron ore deposits at Bailadila, and into the tangled aggregation of hills with an average height of 2,500 feet under dense forest covering about 1,500 square miles known as Abhujmadh (literally translated as the “unknown hills”). The Chitrakoot Falls on the Indravati river were but a poor competitor to Niagara Falls, cascading down only about 100 feet in three streams spread across 1,000 feet.

On another day, cutting through the southern lobe of Abhujmadh, we made our way to Dantewada en route to Bailadila. Our Adivasi driver called it a day there. He voiced the apprehension that if lightning were to strike while we were at Point 14 or any of the other major iron ore deposits, we would be ‘fried’. He added that since these deposits had more than two-thirds iron content (and were thus chronicled as the richest iron ore in the world), they would naturally attract lightning. But he offered to drive us back from Dantewada to Jagdalpur if we should survive what he described as an ill-conceived move to stand on the promontories of iron ore. In the event, we survived the venture.

With the scheduled tryst with our jungle guide in mind, we left Jagdalpur one evening for Kondagaon Rest House. More frequented, it was no match for the resplendent charm of the one at Keskal. However, it made up with two stubby trees loaded with large numbers of the biggest jackfruits scarcely hidden by dense foliage. We were soon introduced to the Gond youth who would guide us through the forests of eastern Abhujmadh. It did not take long to discover that he could not understand any language that we spoke and we could not comprehend the Gondi that was his singular means of communication.

Sensing our predicament, the Rest House caretaker interceded. Disinclined to accompany us on our nightly foray, for fear of being marked off duty, he gave us a quick lesson in Gondi. Our guide was to be addressed as “Banua” (literally a man of the forest). Whenever we came upon a split in the forest track, we were to ask him, “Banua, kaun baat.” If he wanted us to proceed rightwards, he would say “dabri baat”. And he would remain silent if he wanted us to turn left. Reckoning our interest in observing wildlife, the caretaker advised the “Banua” to guide us from coppice to coppice since night time visibility amidst the dense forest and its verdant undergrowth was very poor.

True to his brief, the “Banua” did his job, and we saw large herds of sambhar, nilgai, chital and barking deer. But sadly, no tiger or leopard, although such denizens were known to abound in those dark jungles.

As one headed home, the abiding sentiment was one of sadness in leaving behind a sylvan heaven peopled by the innocent, quite accustomed to a frugal existence and untouched by the vicissitudes and pressures of modern-day life. Years later, peace in this region was to be shattered following entrenchment of Naxalites in the dense forests of Bastar and adjoining states.

A Bench headed by CJI SA Bobde says it's for Delhi Police to...

WhatsApp had on January 16 delayed the introduction of the n...