A toehold in Central Asia

India should not go to the region for the wrong reasons 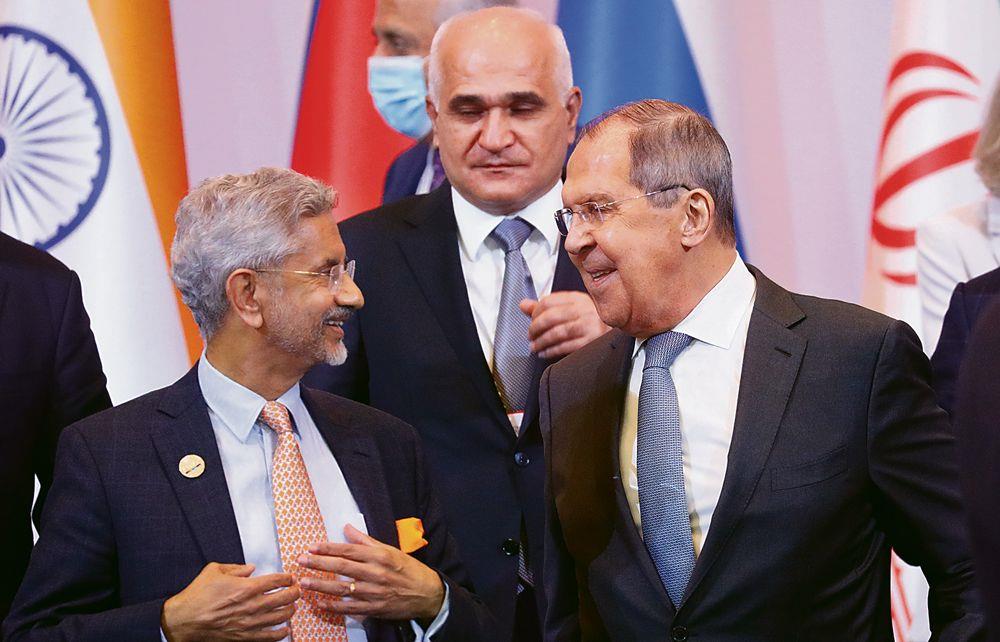 Nucleus: Russia and China attribute crucial importance to the Central Asian region as the testing ground of a new world order. Reuters

The pandemic forced the government to reschedule in the virtual mode its first-ever summit meeting with the Central Asian leaders. The pomp and ceremony of the Republic Day will be missed. Summitry in the virtual mode tends to become suboptimal as it diminishes the scope for personalised diplomacy. Nonetheless, the recent momentum in India’s relations with the Central Asian region must be kept up.

China has a big presence in the region. India should exercise great caution while choosing its extra-regional partners.

The best way to make up for such deficiency will be to transform the January 27 event into a truly defining moment. Looking back, the then PM Narasimha Rao’s path-breaking visits in 1993-94 to the newly independent ‘Stans’ ended up as episodic events. India’s relationships with the five Central Asian states remain patchy. Building content into the relationship should be the top priority.

Therefore, absence of an access route to the region needs to be addressed purposively. This means building up the route via Chabahar Port. Unfortunately, Washington interfered with India’s relationship with Iran, and you can’t pursue diplomacy with an important neighbouring country with political clearance from the US embassy in Chanakyapuri. Luckily, that period is receding like a bad dream.

Delhi shouldn’t be going to the Central Asian region for the wrong reasons, either. China is a big presence in that region. China has vital interests and it has been diligently pursuing them. China’s investments in the region, around $140 billion, testify to this reality. There are some very wrong notions among Indian analysts that Russia promotes India as a ‘balancer’ vis-a-vis China. This mindset weaned on western propaganda has been delusional about the alchemy of the Russia-China strategic partnership in Central Asia. The recent events in Kazakhstan should be an eye-opener. The alacrity with which Beijing welcomed Russia’s intervention in Kazakhstan was extraordinary.

President Xi Jinping’s message to Kazakh President Tokayev framing the upheaval as an attempt at ‘colour revolution’ that must be quashed had appeared just as the first Russian airborne troops were landing. The congruence of interests of the two big powers was self-evident, riveted on China’s recognition of Russia’s pivotal role as the provider of security for the region. Indeed, an unspoken division of labour and a condominium of sorts had all along existed — Russia taking lead role on security issues (military bases, drills, exchange of sensitive intelligence) while China focused on the economic sphere (trade, investment, management of Tajikistan’s and Kyrgyzstan’s debt shares, Belt and Road, etc.)

As great powers, Russia and China have a common vision in regard of the post-liberal world order. They attribute crucial importance to the Central Asian region as the testing ground of such a world order. A key element in this has been the exclusion of the ‘collective West’ from the region. In this paradigm, Russia and China see themselves complementing each other at times, coordinating with each other at other times and cooperating with each other most of the time. The interdependency is highly strategic since their common agenda not only relates to the birth pangs of the new world order but also affects the trajectory of their own destiny.

That said, neither Russia nor China has interfered in the affairs of the Central Asian states. Thus, Kazakhstan followed a ‘multi-vector’ foreign and energy policy all through the past three decades since its independence that allowed Chevron, ExxonMobil, and ConocoPhillips to become predominant stakeholders in that country’s massive Caspian oil patches, and Europe emerged as the country’s principal export market for oil.

From the Indian perspective, however, a critical new element in the Central Asian region is going to be its encounter with political Islam following the Taliban takeover in Afghanistan. This has serious implications for all regional states. Hizb ut-Tahrir has received less international scrutiny than other fundamentalist Islamic groups because it advocates a non-violent approach toward its goals — unlike Islamic State or the Al-Qaeda.

Hizb ut-Tahrir is a difficult issue because in theory, the group rejects terrorism, considers the killing of innocents to be against Islamic law. In his book Globalised Islam: The Search for a New Ummah, French scholar and political scientist Olivier Roy described Hizb ut-Tahrir’s strategy as ‘a global, grassroots revolution, culminating in a sudden, millenarian victory.’

Growing out of movements in the Middle East in the 1950s to counter the rising wave of Arab nationalism threatening western hegemony, the group has flourished in Uzbekistan, Kyrgyzstan and Tajikistan. They plan their political progress in three stages: first, convert new members; second, establish a network of secret cells; and, finally, infiltrate the government to work to legalise their party and its aims. Such ‘sleeper cells’ in all probability fuelled the upheaval in Kazakhstan — a dress rehearsal of sorts. Hizb ut-Tahrir has considerable support among young educated Muslims and a large organisational base in London. Their exact association with the western intelligence remains a mystery wrapped in an enigma.

Last Thursday, the Russian foreign ministry took note of ‘Kabul’s successful counterterrorist actions that led to the… arrest of a number of members of the terrorist group Hizb ut-Tahrir in Takhar Province. We urge the Afghan authorities to intensify these efforts, paying attention to terrorist activities in the northern provinces that border our Central Asian neighbours.’

The statement went on to caution Taliban that the ethnic protests that broke out in northern Afghanistan in recent days were ‘provocations staged by destructive elements, which are aimed at fuelling ethnic strife with a view to destabilising the situation during this difficult time for the country.’ Suffice to say, India should exercise great caution and reserve while choosing its extra-regional partners in the Central Asian region.