A unitary state : The Tribune India 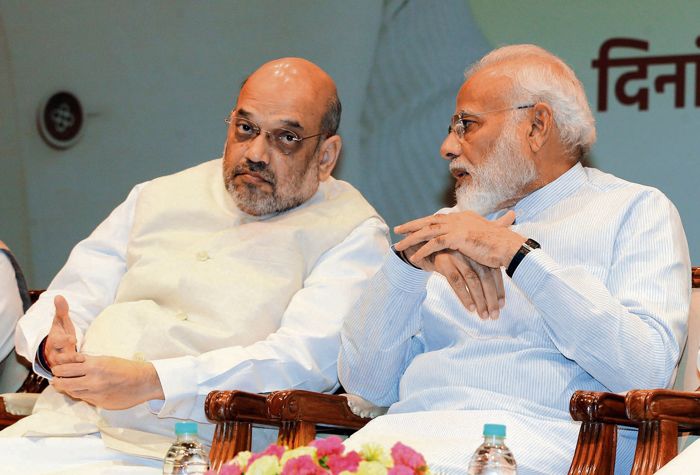 Complete control: Central agencies are being blatantly used as a sign of the power wielded by the Centre. Tribune photo 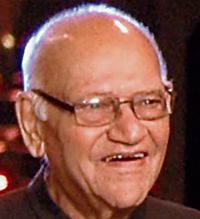 My esteemed former colleague in service, D Sivanandhan, who was at one time the Police Commissioner of Mumbai, and then, the DGP of Maharashtra, wrote a piece in a leading English daily recently. In his view, the policy of the Modi-Shah government in Delhi to push all important criminal investigations in the hands of Central agencies, like the ED, CBI and NIA, not forgetting the National Drugs Control Bureau, has emasculated the state police forces across the country.

It was always the dream of the Hindu far-right to have one centre of power. It was the role of the second parallel engine to be installed in every state to follow instructions.

He rightly pointed out that each state used to pride itself on its dedicated crime investigation unit and gained considerable satisfaction from difficult or sensational cases successfully solved. I can testify that my own experience in Mumbai’s police is that the morale of the entire force would rise a notch or two when cases that attracted public attention were solved. That morale booster is slowly being extinguished by the ruling duo in Delhi.

Modi and Shah are least concerned about the health of the police. I do not envisage them giving such ‘trivial’ matters even a stray thought. They are determined to establish a ‘united’, ‘one India’ under the tutelage of one party that controls everything, even a citizen’s innate thoughts and feelings! All decisions need to be taken by the PMO because only they know what is good for the country and its people.

Over half the voters who voted in the 2019 Lok Sabha elections did not vote for Modi and the BJP. His slogan of ‘Sabka Saath, Sabka Vikas, Sabka Vishwas’ is not taken seriously by the minority community, nearly 14% of the total population. There are numerous members of the majority community also who do not think that the BJP really wants every Indian’s wellbeing. The Dalits, for instance, are aware that they are not accepted as equal in most parts of the country.

In Gujarat — Modi and Shah’s happy hunting ground — even OBC children reportedly refuse food cooked by Dalits under the midday meal scheme in schools. Dalit grooms are thrashed if they dare ride a horse in wedding processions. Young Dalit boys try to achieve parity with ‘forward’ castes but get thrashed. This is not an uncommon occurrence in enlightened Gujarat. What does one expect in neighbouring backward states that constitute the Hindi belt where the BJP dominates?

The real feeling among the minorities and the neglected among the majority is that the government is out to re-establish the Brahminical Chaturvarnya hierarchy. This may not be completely true, but mass perceptions are relevant. Among my many Hindu friends, most hailing from advanced castes, there is a feeling of triumph that the old social order is about to be restored in ‘new India’.

Sivanandhan was right when he pronounced that the old elan in the police forces was now dying because of the new role being played by the Central investigating agencies. I, however, will go further and say that this was done deliberately — a plan that is obviously working. All powers are sought to be concentrated in one supreme body, the PMO, which will think for citizens, tell them what is permitted and what is not. The state government’s role in law and order management will be confined to implementing those policies. Their bulldozers, for instance, are to be used more frequently and only against those who oppose their policies.

It was always the dream of the Hindu far-right to have one centre of power. It was the role of the second parallel engine that would be installed in every state to follow instructions. Money power and the threat of visits from the ED turned minority BJP governments into ruling dispensations riding double-engines to power. Losing elections does not matter! There are dozens of venal politicians waiting to be compensated with money or power in return for their dignity and honour. Since the menace of the ED is visited only on opponents, crossing over is redeeming.

The Centre also had the wicked idea of using the Central Armed Forces, controlled by the Home Ministry, to the same end. Whenever BJP’s MLAs in Opposition-controlled states, like West Bengal, feel threatened, CRPF or CISF personnel are dispatched to the state as a sign of the power wielded by the Centre.

This adversely affects the relations between the state police and the paramilitary. This never happened earlier. Whenever the paramilitary was deployed in a state, it always was with the consent, or even at the request of a state government. The local police would take decisions on the terms of deployment and would be in charge. It was the responsibility of the police to arrange for the accommodation of the visitors and to brief them. The arrangement worked. The Home Ministry is solely responsible for any misgivings and misunderstandings that may arise between what we used to think of as ‘sister’ forces.

The Shinde faction of the Shiv Sena in Maharashtra, presently in power, had requisitioned the CRPF or CISF to provide security for its revolting legislators. This was before the new government was formed in Mumbai. It is common for legislators to get enamoured of their protectors and want them to continue. It is not uncommon for protectees to strike up a personal relationship with security officers! CRPF/CISF men lead very hard lives. An assignment away from their own officers is always welcomed.

The inroads made by the para-military and the Home Ministry into Opposition states in this new adversarial avatar only consolidates the ingress of the Centre into the law and order management in such states. It helps the unitary state to come into being.