A year of apathy

Looking back, the plight of migrant workers defined our national response to Covid 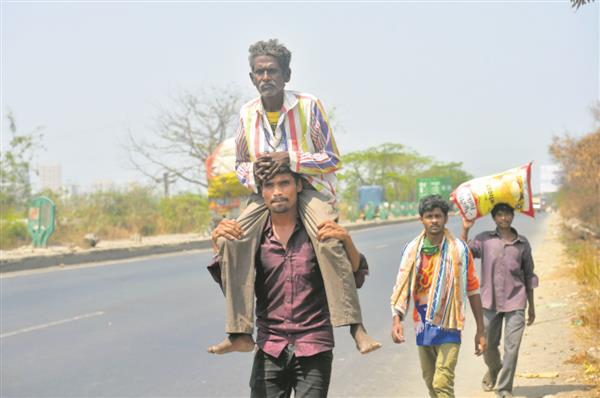 Make way: Let the priority be livelihoods because no job-generating venture can any longer afford even a partial closure. PTI 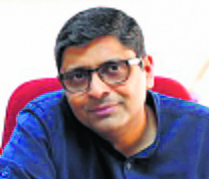 Like all anniversaries, the first one of the Covid lockdown too was mechanically marked by reports of how the shutdown changed our lives, with accompanying political memes and plate-clanging videos. But what remained unsaid was how the system remained unchanged, completely failing the poorest of the poor, as it always does; how their misery did not get converted into votes of anger; how they continue to live lesser lives, worse off. Sure, the story of the Covid lockdown is manifold, but what stands out is the total apathy towards the meekest at their worst hour of vulnerability. And this apathy was at all levels: official, societal and personal.

Political rallies and campaigns have been going on as if these are normal times. If so, the government has no moral right to curb activities that affect livelihoods, which happens with lockdowns and curfews.

All those who were forced to walk hundreds or in some cases thousands of kilometres back home did it because their employers forced them to do it. This was a great moment of reckoning about the nature of Indian employers, once again proving that India’s best employer still is the government. After the demonetisation experience, the micro and small enterprises sector did not even bother to attempt to absorb the lockdown shock and it readily let off its employees. Then all those who work on the streets — the rickshaw-pullers, street vendors, istriwallahs, cobblers, daily-wage earning manual labourers — were left with nothing but fear, uncertainty and a desperate urge to do something. So, they walked.

Neither the government — Central, state or local — assured them of a safety net till the return of normalcy, nor the society, which takes care of itself in terms of pizzerias and foot massage parlours at protest sites, bothered to calm the frayed nerves of labourers, including farm labourers. Suddenly, employers in cities, towns and villages made the workers feel orphaned and unwanted. The most sought after person earning low wages in a residential colony is its istriwallah, who became invisible overnight. Individuals were no different. They were in a hurry to draw the laskshman rekha of antipathy outside their front door, keeping the needy out.

The difference was stark: all those who could afford to stay indoors with their assured salaries and savings became insensitive towards the ones stranded outside. The first world within the gated housing colonies and high-rises refused to acknowledge the third world outside. Worse, even the old trusted domestic helps were shooed away at the colony gates. There could only be “contact-less transactions” between the third world producers and the first world consumers, be it for grocery, vegetables, milk or cooked food. One of the worst affected sectors was the newspaper industry — a terrible victim of false propaganda videos and other fake news during the early days of the lockdown.

Sociologists should in time explain why such a great disruption did not cause a mass upsurge; why even those walking thousands of kilometres did not commit an offence to feed their hungry children. While they were walking they never expected to return — if at all they harboured such hopes, they did not know when. Yet, not a single shop anywhere was reported looted. Maybe it is this utter helplessness and total surrender to one’s fate that prompted these very friendless souls to return to the heartless cities and towns soon after the lockdown ended.

Still we all survived, not because Covid did not take its toll, but because the government finally understood the futility of the lockdown. The virus is out there; nobody can shut himself up permanently and the moment someone crosses the line of fear outside the doorstep, the threat of infection awaits. This threat is real, as became clear subsequently during the first peak in September. Now we are experiencing the second peak. Neither the lockdown nor the opening up has helped because we refused to accept the basic requirements of social distancing then and we continue to flout them now.

Worse, when the vaccines arrived, we were in a hurry to show off to the world instead of getting people in the working age-group of 25 to 60 vaccinated. Our priorities still seem to be skewed. The most anxious among all are the young working mothers and nobody seems to have thought about them. How many months should they wait to make themselves and thereby their children secure? Till then, the most productive age-group is completely exposed to the raging virus as it spreads faster than it ever did.

All this while political rallies and election campaigns have been going on as if these are normal times; if they are so, if the government genuinely believes that massive political mobilisation will not turn into super-spreader events, then it has no moral right to curb activities that affect livelihoods, which happens with localised lockdowns and night curfews. With humongous political rallies organised in one part of the country, how can the government with a straight face impose social distancing in other parts? Let the priority strictly be livelihoods because no job-generating venture can any longer afford even a partial closure.

Unfortunately, India seems to be looking at an economic recovery by selling off public sector assets instead of instilling consumer and investor confidence. US president Joe Biden has a three-pronged strategy for revival: The latest $1.9 trillion stimulus injection takes the total Covid package to about $6 trillion; the Federal Reserve has taken a tolerant attitude towards fiscal discipline and inflation; thirdly, and most interestingly, the savings of the consumers can lead to a spending spree, creating a huge demand in the global economy. The Economist says this experiment has no parallel since World War II and that today’s US policymakers have a guaranteed place in economic history. Do we have a similar stimulus offer? Do our consumers have the confidence to spend? Merely saying that the second wave will not affect the economy is not going to allay fears. We need adult vaccination and guarantees of prosperity for the middle classes to spend instead of hoarding their savings.