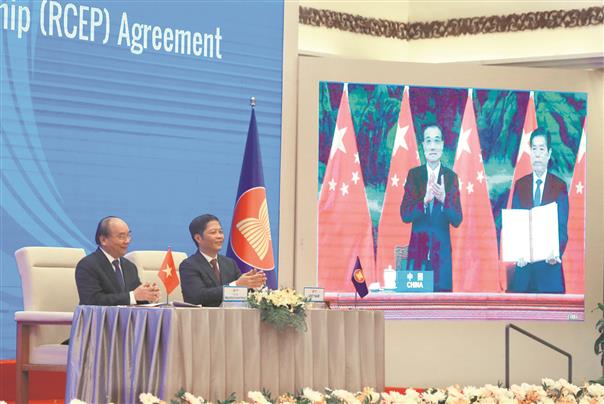 MISSING: India walked out of RCEP negotiations last year despite talks since 2012. 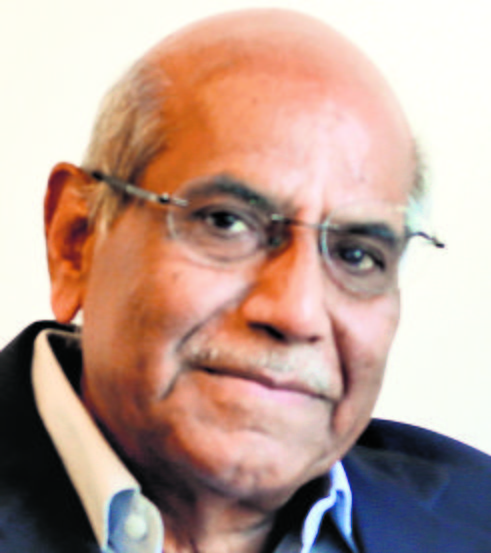 Is India retreating from its Act East policy? Last year, India walked out of the final phase of negotiations on the Regional Comprehensive Economic Partnership (RCEP) despite having participated in intensive negotiations for well over seven years since 2012. The RCEP has now become a reality with the agreement having been signed by 15 countries on November 15. They include the 10 ASEAN countries, China, Japan, South Korea and Australia and New Zealand. India is missing. It is reassuring that thanks to friendly countries like Japan, the door has been left open for India to return to membership but this looks unlikely. India has effectively dealt itself out of the evolving regional economic and trade arrangements. This also puts its ambitions of being a credible Indo-Pacific power at risk. You cannot hope to play a larger regional role from the margins of the regional economy. And that is where we find ourselves.

India’s attractiveness as a base for manufacturing and exports would diminish if its access to the large markets under regional trading regimes is restricted.

What is intriguing is that India also seems to be downgrading its role in the East Asia Summit (EAS). In the latest summit held virtually, India was represented by the External Affairs Minister rather than the PM. The only other head of state/government missing was the US President, but then, he had a credible excuse being in the midst of a political transition. In the preceding EAS foreign minister-level meeting, too, India was represented by its Minister of State. What is the message India is sending through this downgraded participation?

The EAS is very important to India and more so in terms of its Indo-Pacific strategy. It was not easy for India to be included in this forum when it was inaugurated in 2005. The Chinese were pushing for the ASEAN+3 (China, Japan and South Korea) as the core of the East Asia economic and security architecture. The US, on the other hand, was promoting the Asia-Pacific Economic Cooperation (APEC) as the preferred vehicle for constructing a new regional architecture. Despite its best efforts, India could not manage to become a member of APEC. It was only through the efforts of Japan and Singapore that its inclusion in the EAS became possible. This was the first acknowledgement of India having a significant role in East Asia or then preferred notion of Asia-Pacific. It was the Indian PM who followed this up by putting forward the idea of an East Asian community, with ASEAN playing a central role. In 2011, India led the initiative to invite the US and Russia as members to create an inclusive and influential forum, which could deliberate on the extended region’s political, security and economic challenges. What distinguished the EAS from other fora was its character as a leaders’ led process, giving it a potentially influential role in managing regional affairs. Having decided to stay out of the RCEP, our role in the EAS has become even more critical if our Act East policy has to retain any traction.

The RCEP was an initiative of the EAS launched in 2012. Perhaps there may be an assumption that since the RCEP is no longer on our agenda, the EAS loses its importance as well. This is a faulty assessment. If the RCEP has weakened our engagement with and role in our critically important eastern flank, downgrading the EAS will only reinforce this. Whether intended or not, the message to our friends and adversaries in the region would be that our interest in the region has diminished and that India’s footprint in the Indo-Pacific will become weaker. This leaves the Indo-Pacific more vulnerable to Chinese political and security penetration. Already the Chinese are projecting the RCEP as a major triumph cementing their economic dominance of the region. Even the Japanese who had held out for safeguards against Chinese trade and investment inroads in the region using the RCEP finally gave in. The Chinese ministry of finance has reported that ‘for the first time China and Japan reached a bilateral tariff reduction arrangement achieving a historic breakthrough’. This is what enabled the RCEP to be concluded.

The PM of Japan has described the RCEP as ‘broadening a free and fair economic zone’ and held out the ‘possibility of India’s future return to the deal and hope to gain support from other countries’. Separately, Japan hopes that under Biden, the US may return to the Trans Pacific Partnership, which in its current incarnation is known as the Comprehensive and Progressive Trans Pacific Partnership. China is not a member but may eventually join due to the sheer weight of its economy and its role as the world’s largest trading country. India will find itself comprehensively marginalised in the regional and global economy. The implications of this both in economic and foreign policy terms need to be carefully deliberated upon.

We have looked upon free trade and other regional economic arrangements through the prism of imports into India. The aspect of India’s market access to other large markets is often ignored. The RCEP without India may mean some protection against cheaper Chinese imports. But India’s own access to the markets of those who are now in the RCEP would also be impacted. RCEP members are certain to give preferential access to each other rather than an outsider. Investment calculations would also be influenced by such trading arrangements. India’s attractiveness as a base for manufacturing and exports would diminish if its access to the large markets under regional trading regimes is restricted or attracts higher tariffs. This should not be lost sight of.

An Indo-Pacific strategy without a policy of deep engagement with ASEAN and East Asian countries would lack credibility. It cannot just be premised on closer security arrangements with friendly partners in the region. It must have a strong and vibrant economic dimension as well. We should not risk a retreat from the region where we have expanded our presence overcoming difficult odds.