Action plan to take on China

Joe Biden administration knows it must win the real competition, which is over technology 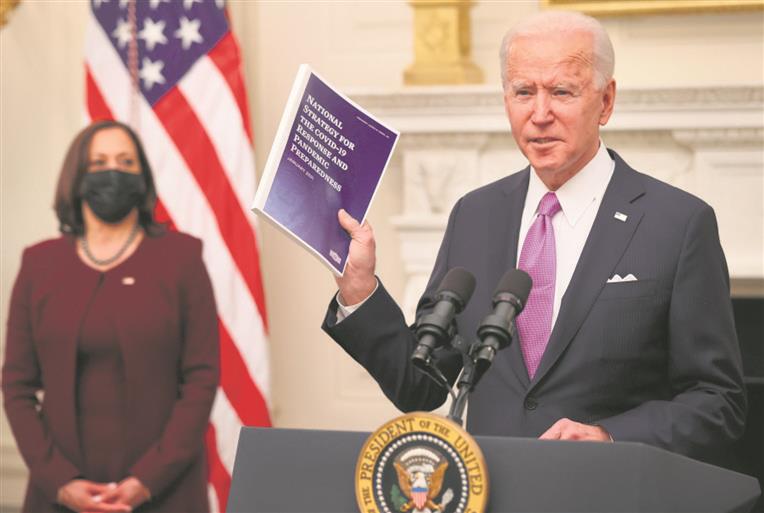 TOGETHER: The US wants to join hands with like-minded allies to form a ‘chorus of voices’ that could push back China. Reuters 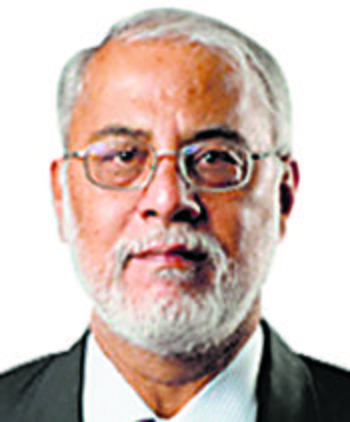 The Trump administration helped shift the American paradigm on China from one of engagement to strategic competition, but its handling of China was fitful and erratic. The new Biden administration, many of them old hands from the Obama administration, understand well that they are now functioning in a dramatically altered geopolitical landscape.

Biden hopes to put in place policies that translate Trump’s ‘America First’ sentiment into the kind of institutional strength needed in dealing with China.

The Biden policy moves appear to have been carefully considered by his new appointees and they all signal the need for the US to challenge Chinese assertiveness, its domestic repression and its surge as a technological challenger to the US hegemony. One of the important signals sent by the Biden administration is the invitation to Bi-khim Hsiao, the de facto Taiwanese ambassador to the US, to attend the Biden inauguration, the first time since 1979 that this has happened. This is an indication that the Biden administration will back the Trump administration decision of early January to lift all self-imposed bureaucratic restrictions in the working of the US-Taiwanese relationship.

Last week, the new White House spokeswoman, Jan Psaki, said the US had seen China become more authoritarian at home and assertive abroad, ‘and Beijing is now challenging our security, prosperity, and values in significant ways that require a new US approach’. She added that China was blunting America’s technological edge, threatening its alliances and influence in international organisations.

In an online event hosted by the US Institute of Peace, National Security Adviser Jake Sullivan said the US would join hands with like-minded allies to form a ‘chorus of voices’ that could push back China. He expected many of the partners to be European because it would be in its interests to revitalise the trans-Atlantic alliance with a view of adding heft to its policies, whether they relate to climate change, nuclear proliferation, cyber security or recovering from the pandemic.

A key difference in the Biden administration approach will be in dealing with the situation in concert with its allies and partners. This means not only rejoining the Paris Climate Change agreement and the WHO, but possibly the TPP. An important element in this will be to work with allies and partners to modernise trade rules so that some countries do not lose out, as they did in the era of unbridled globalisation.

The important thing is that the shift in the US is bipartisan. At an event which featured Robert O’Brien, Trump National Security Adviser and his successor Jake Sullivan, the former said, ‘President Biden and his team are off to a great start on China.’ At this event, Sullivan declared that Biden would, first, work with allies on China, and second, be ready to impose costs on China for what it was doing in Xinjiang, Hong Kong and its threats to Taiwan.

There have been worries that in a bid to get China’s cooperation on climate change, pandemics and other global issues, Biden may compromise with China. But, say observers, with the appointment of Kurt Campbell, a known China hawk, as the coordinator of overall Asia policy at the National Security Council (NSC), that eventuality may not arise.

How will Biden deal with the billions of dollars in tariffs that remain after the January 2020 Phase I deal? That’s not clear but it is likely to be within the rubric of a multilateral approach that he will take. To an extent, he will be constrained by the Comprehensive Agreement on Investment signed by the EU and China. But, given his orientation now, it is not going to be about getting market access for big US companies, but policies that will promote jobs and wages in the US. An indicator of this was provided by his Executive Order to strengthen the ‘Buy American’ guidelines for the federal government to promote domestic manufacturing.

But whether it is Psaki or Austin or the others, almost everyone is agreed that the basis of the new competition is technology. More than anything else, the US is aware that it needs to win the real competition with China, which is over technology. There are two aspects to this. One is the defence against Chinese efforts to acquire key US technology, and the other is to outdo China in areas like AI, quantum computing, space and biopharmaceuticals.

It is most likely that the administration will choose to maintain most of the technology restrictions against China that were put in place by the Trump administration.

So, Biden is unlikely to remove Huawei and other Chinese companies from the export blacklist. But his focus is likely to seek investment in innovation, workforce modernisation and supply chains.

One of the important planks of his campaign was the ‘Build America’ plan, not unlike our ‘Aatmanirbhar’ slogan. The Build America plan has called for bolstering the industrial and technological strength of the US. It calls for ‘Buy American’ by tightening domestic content rules and as a $400 billion spending in additional federal purchases. Importantly, he has said his administration would invest $300 billion in R&D and breakthrough technologies in electrical vehicles, lightweight materials, 5G and AI. As part of this, it called for spreading investment across the board to ensure no area is left behind, and finally, it has spoken of the importance of bringing back critical supply chains to the US.

It was Trump who brought a ‘what’s in it for me’ attitude to the White House with his ‘America First’ slogan. What Biden plans to do is to put in place policies that translate this sentiment into the kind of institutional strength that the US needs in dealing with China.