The long-term answer to the problem of unemployment is to review and upgrade the quality of education. Ever since Independence, this is a sector that has been kept on the backburner, just like health. In the case of health, it is the pandemic that has highlighted the weaknesses of infrastructure. Similarly, the virus has exposed the fault lines at all levels of the education system. 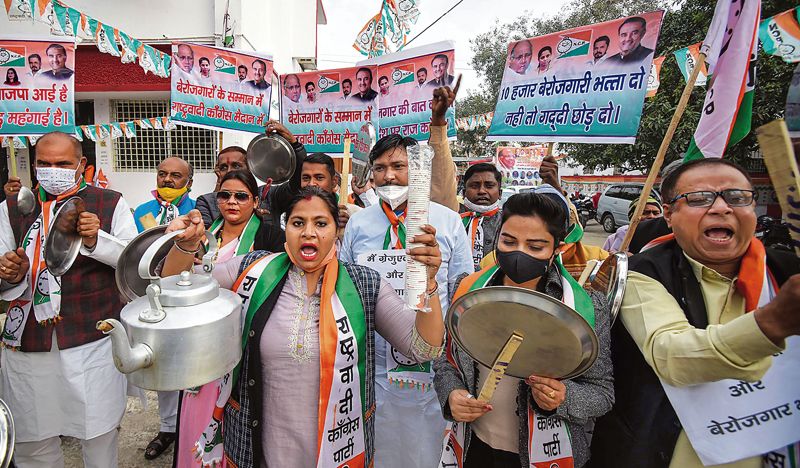 Rising problem: Despite the high level of unemployment, qualifications and manpower requirements do not often meet the criteria, leaving a substantial chunk looking for the right vocation. PTI 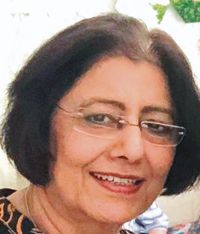 The paucity of jobs for the youth is the biggest crisis facing this country right now, even as the third Covid wave is gradually dying down. Finance Minister Nirmala Sitharaman has quoted data in Parliament to point out that the unemployment rate has gone back to pre-pandemic levels. But the fact is, this had already risen too high by the time the virus reached our shores. So a pre-pandemic ailment became far worse with repeated lockdowns during 2020 and 2021. The unemployment rate was 6.57 per cent in January 2022, lower than the 7.19 per cent recorded in January 2020. This is still much above the 5 to 5.5 per cent which used to be considered normal in the past.

The reality of joblessness confronting young people is captured effectively by data showing that even in January 2020, only 37 per cent of people between the ages of 20 and 24 were employed. The data is according to the Centre for Monitoring Indian Economy (CMIE) which undertakes regular surveys. The situation obviously worsened during the pandemic as millions of commercial establishments had to shut down due to movement curbs. The outcome was a surge in demand for rural job schemes as skilled workers were left stranded in their rural homes and forced to take on lower quality jobs than the previous ones in urban areas. In post-budget briefings, government officials have been saying the situation has eased and the demand for rural jobs is on the wane. In fact, they say this is the reason that the allocation for MGNREGA has been lowered in the 2022-23 budget proposals.

This may be so but the reality on the ground is visible in both urban and rural areas where young people are desperately hunting for jobs, many of which were snatched away by the pandemic. The situation was highlighted by the violent protests over railway jobs in Bihar as over a crore applied for about 35,000 jobs. This is not an isolated incident. Similar events have taken place in the past owing to the scramble for the limited, coveted government jobs. The job issue is thus not new, the pandemic has merely brought it into the limelight.

On the other hand, there is a completely different scenario in the formal sector of the economy. Here, there are not enough applicants for the existing job openings. It is deeply ironic that reports of talent shortages and attrition in certain sectors are affecting many corporates. Not only that, there are stories about “revenge hiring” at the top business schools where fresh graduates are being snapped up by companies at inordinately high salaries. To some extent, it can be understood as corporates coming back to normalcy need to hire executives in a hurry. At the same time, the phenomenon has emerged even as large swathes of youth are unable to find jobs with their existing level of skill sets.

The issue of attrition and the need for highly skilled talent in sectors like information technology has been talked about for several years. In fact, the growing focus on AI (artificial intelligence) has meant that well qualified software engineers have had to seek re-skilling to meet the demands of the IT industry. It is in this context, that one must look for a deeper underlying cause for joblessness in the economy. It comes back to a long-neglected area — education.

The solution being envisaged right now for the job emergency is to aggressively push investment in infrastructure which will in turn translate into projects of all kinds. And this in turn will provide more jobs. But the problem is, unless the education system is overhauled, most people applying for these jobs will remain in the unskilled or semi-skilled category. In other words, the high-value salaried jobs for which there is a huge demand will continue to remain out of reach of the bulk of youth as they simply do not have the skills to qualify for them.

The long-term answer is therefore to review and upgrade the quality of education. Ever since Independence, this is a sector that has been kept on the backburner, just like health. In the case of health, it is the pandemic that has highlighted the weaknesses of infrastructure in most parts of the country. Similarly, the virus has exposed the fault lines at all levels of the education system. The immediate crisis has been the digital divide that has forced children who are unable to access online devices to forego education for a two-year period. Even those with access to online learning have found it has pitfalls and there is little substitute for physical classrooms despite the mushrooming of education portals. The pandemic also underlined the low priority for education as schools have been the last institutions to be opened even after markets and restaurants while weddings are allowed to have large gatherings. This is in spite of the fact that many countries have kept schools open with appropriate protocols through much of the pandemic.

As the focus now moves to re-opening of schools, the weaknesses of the government school system have become ever more obvious. Central and state-run schools have for decades failed to achieve proper learning outcomes. Annual surveys done by NGO Pratham, for instance, have shown that most children do not achieve the learning skills required for their class levels.

The fact that the crumbling government school system can actually change for the better, however, has been shown in Delhi. The Aam Aadmi Party government has evolved a model which has led to a sharp rise in the pass percentage for school-leaving children. Their curriculum changes including the focus on entrepreneurial skills are also a refreshing shift from the existing approach of preparing students only for salaried jobs, preferably with the government. This model can be a starting point for radical changes in education by other states as well.

Education and jobs cannot be delinked. The long-term solution to unemployment has to be a proper foundational education followed by higher skill sets matching the needs of the economy. Otherwise, the job conundrum will not only continue but also end up tearing the country’s social fabric.