What is good for them must be good for the states where Hindi is not the mother tongue or the link language. If the Hindi-speaking states have books in Hindi, Tamil Nadu must have them in Tamil, Andhra Pradesh in Telugu and so on. It can't be Shah's argument that Tamil Nadu must learn to teach medical students in Hindi or any language other than Tamil. Importantly, Tamils claim that their language is a comprehensive medium of self-expression through centuries. 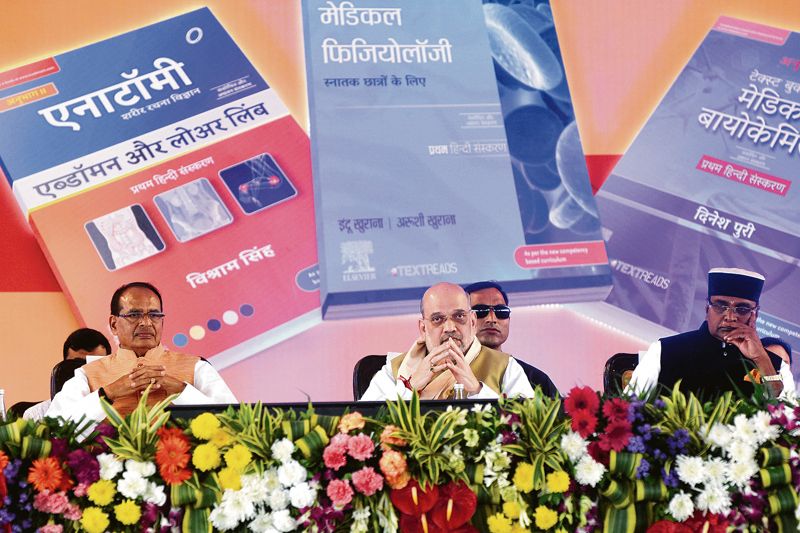 Astute: Amit Shah doesn't need to be reminded what stupendous impediments governments faced whenever they tinkered with the language issue. ANI 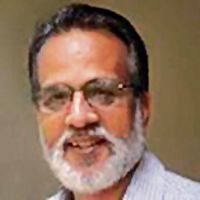 Brain gain is a great ideal, vastly greater than the onomatopoeia it represents, if, of course, it can be achieved. Union Home Minister Amit Shah will not be unaware that brain drain may not be instantly dammed, and brain gain scored equally effectively, by printing medical textbooks in Hindi. It is a tough, and predictably prolonged, task to transfer a whole lot of medical information overload from English to Hindi. But a beginning has to begin somewhere, sometime.

That it is the Union Home Minister who signals and explains what he calls ‘brain gain’, and not the Education Minister, is not fortuitous. For one thing, it shows, if any showing was warranted, who is what in the power balance in New Delhi. For another, coming as it does from Shah, his latest pronouncement on language and learning must be viewed as a policy initiative that will be carried to its logical conclusion. Shah is not the kind of person who blurts out a plan or promises without forethought, more so when it is certain to set off an emotional upsurge across the country.

What has been initiated in Madhya Pradesh is clearly the early step, translating textbooks in some subjects into Hindi for first-year medical students. Other subjects and other states will follow. It makes abundant sense that textbooks for professional subjects are made available in the mother tongues of students. Having learning material intellectually accessible to students is the first step to equipping them professionally. No learning will be easy and comprehensive when it is not imparted in the mother tongue. That was a point Shah stressed through his quotable statement on ‘brain gain’.

When an academic reform of this kind is attempted, there is an inevitable, but not entirely untenable, reaction in the offing. Modern medicine, as it has come to be taught and practised in India, is exclusively based on literature available in English. How and why it should be shifted to what is condescendingly called a vernacular language is apt to be a question strongly posed across the country.

The argument that Hindi or, for that matter, any modern Indian language, cannot contain the wisdom embedded in English begs the question. Look around, and the answer will hit you right between the eyes. It is necessary to learn from the experience of countries like China, Russia and Japan. Patients and doctors are not put out to suffer in those countries merely because the medium of medical instruction is English.

Having said that, a deeply emotive issue needs to be addressed. It is assumed, if glibly, that medical textbooks will soon be available in Hindi to meet the needs of Hindi-speaking states. What is good for them must be good for the states where Hindi is not the mother tongue or the link language. If the Hindi-speaking states have books in Hindi, Tamil Nadu must have them in Tamil, Andhra Pradesh and Telangana in Telugu and so on. It can’t be Shah’s argument that Tamil Nadu must learn to teach medical students in Hindi or any language other than Tamil. Importantly, Tamils claim that their language is a comprehensive medium of self-expression through centuries.

This is where the analogy of China or Japan or Russia does not hold water. India is, as they say, a world within a world. It is a polyglot subcontinent. Each region will need its own textbooks. Nothing short of a national project for translation of books in medicine, followed naturally by other professional literature, will have to be implemented. The grim challenge it involves, and the resources and the infrastructure it entails, could not have been lost on the Union Home Minister.

Shah had probably not entered national politics when India was rocked by language battles. Time was when Hindi zealots swung into provocative plans and irascible activists of non-Hindi regions, particularly Tamil Nadu, struck menacing positions against what they dubbed as Hindi imperialism. Throughout such perfervid demonstrations, a streak of secessionism was obvious.

To buttress the case of the language warriors of Tamil Nadu, two Congress ministers themselves, C Subramaniam and OV Alagesan, bowed out of the Union Cabinet. In the language wars, Shah may like to recall that the Congress was a miserable victim. Peace could be won only with late Prime Minister Jawaharlal Nehru’s assurance that English would be retained as the link language as long as non-Hindi states wanted it.

Shah is an astute politician who does not need to be reminded what stupendous impediments the powers that be faced whenever they tinkered with the language issue. When the language agitation stormed the towns and villages of Tamil Nadu — Madurai being virtually its epicentre — law and order seemed to be in scandalous disarray. TN Seshan, who later became an ebullient Chief Election Commissioner, was the District Collector of the embattled temple town, Madurai. How the agitation escalated, he had his theory. He meant to put down lawlessness with an iron hand, asking his cops to open fire if need be, but they must make sure each bullet yielded one body.

It is all forgotten history. But Seshan knew, as self-critically as his detractors, that language battles were a predictable calamity everywhere, especially in the southern states. When he made a reference to the agitation and its aftermath in the 1960s, there was a hullabaloo.

Shah can score another ‘brain gain’ if he keeps the violence of those years at the back of his brain.