The peace process, woven around the US presidential election, is the most violent in the history of conflict resolution. Since the signing of the peace deal on February 29, 4,000 Afghans were killed and 15,000 wounded till July 30. Between September 12 and 20, 183 Afghan combatants were killed. How the Afghan security forces have coped with such attrition is as amazing as the Taliban’s capacity to mount suicide attacks. 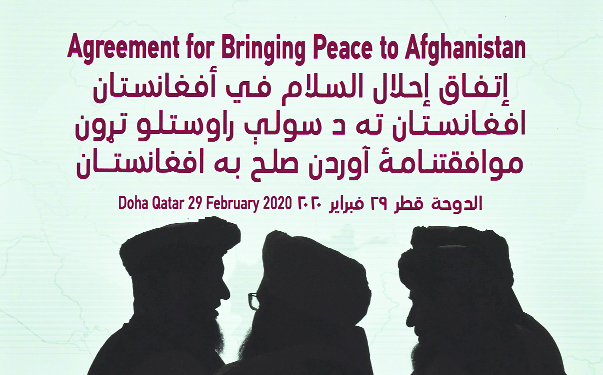 After the controversial appearance of the Chairman of the US Joint Chiefs of Staff, Gen Mark Milley, with President Trump outside the White House during the Black Lives Matter protests, his refusal to endorse his C-in-C’s recent tweet of bringing home for Christmas US troops from Afghanistan, presumably as withdrawal, is condition-based, not election-driven. With the polls around the corner, the violence-stricken Afghanistan peace process (APP) has yet to take off despite the extraordinary concessions made by the US to the Taliban, enabling Trump to claim closure to an endless war. The truth is that the combined might of the US, NATO and Afghan National Security Forces (ANSF) could not defeat the Taliban. Gen James Mattis, one of Trump’s several NSAs that he has fired, charitably observed: “The US does not lose wars, it loses interest.”

The APP was meant to start on March 1, but it began on September 12, having been delayed over prisoner release — 5,000 Taliban for 1,000 Afghan soldiers — and on agenda and code of conduct. Agreement over the 20 ground rules appears to have been clinched, though the agenda — the heart of the peace process — is being hammered out. The fundamental difference is over the Taliban’s insistence on religion: Hanafi (Deoband) school of jurisprudence as the source of legislation and choice between Islamic Republic and Islamic Emirate sought by Talibs. A key donors’ conference next month will determine the longevity of APP beyond 2022.

Though APP has been labelled as Kabul-owned and -controlled, it is US-driven. Multiple actors ensure their national interests are proportionate to the leverage they exercise. The US has sacrificed 2,400 troops and invested $1 trillion. Taliban is the non-state actor which prevails on the battlefield. Its key weapon is violence, in which it is aided by Pakistan, which exercises influence over Taliban by providing it sanctuaries. The Afghan government and people, afflicted by 40 years of war, enjoy zero leverage. Why the sanctuaries in Pakistan were not targeted by the US remains a mystery.

It’s ironical that the threat of the US forces exiting Afghanistan compelled Kabul to accept concessions Washington made to the Taliban and fear that the forces will stay persuaded the Taliban to join APP. The Taliban used to say: “While Americans have the watches, we have the time.” The US was unable to trade Taliban prisoner release for a cessation of hostilities, though the Taliban had demonstrated capacity for it through two Eid ceasefires.

Without Zalmay Khalilzad, a Pashtun Afghan-American who took over as Trump’s Special Envoy in Afghanistan in 2018, the US-Taliban and US- Afghanistan package deals that culminated in APP would not have materialised. A former ambassador to Afghanistan and critic of Pakistan, Khalilzad, in his book The Envoy: From Kabul to White House, My Journey Through a Turbulent World, recommended bombing of Taliban sanctuaries in Pakistan. Today, his appreciation for Pakistan, which Trump once called a country of lies and deceit, is fulsome: APP could not have succeeded without Pakistan’s unconditional support.

Clearly, APP, the way it has been woven around a presidential election, is the most violent in the history of conflict resolution. Since the signing of the peace deal on February 29 and till July 30, 4,000 Afghans were killed and 15,000 wounded. Between September 12 and 20, 183 Afghan combatants were killed. EU Special Envoy to Afghanistan Roland Kobia, citing UN figures, said violence levels in August-September prior to the talks were the highest in the past five years. How the ANSF has coped with such attrition is as amazing as the Taliban’s capacity to mount deadly suicide attacks. Dominance on the battlefield gives the Taliban a sense of entitlement. Relegating a ceasefire to a part of the final political settlement is ceding advantage to the Taliban.

Afghans rue that while the Taliban do not attack the foreign forces any more, they target fellow Afghans mercilessly.

India’s role in APP has been exaggerated by the US and Afghan interlocutors, Khalilzad and Abdullah Abdullah, Chair of the High Peace Council on Reconciliation, have both suggested that India engage Taliban, whom it considers a terrorist organisation which includes the Haqqani network, which was once described by a former Chairman Joint Chiefs of Staff, Adm Mike Mullen, as a veritable arm of Pakistan’s ISI. After the peace deal ceremony in Doha, which Foreign Minister S Jaishankar addressed virtually, the US Embassy in India issued a statement: 'Afghan sides (presumably Kabul and Taliban) should ensure their territory is not used against any other country.” The text of the agreement between the US and Taliban is different: “It will not allow use of its soil for Al Qaeda and its associates to attack US and its allies.” India is not a US ally.

India’s record as the biggest regional donor ($3 billion), a key development partner, the first country with which Afghanistan signed a Strategic Partnership Agreement and a trusted friend is unsurpassable. India’s achievements are unmatched: 400 projects in all 34 provinces; providing 200 schools, 1,000 scholarships and sponsoring 16,000 students; supplying 75,000 tonnes of wheat this year; medical facilities, including Covid aid, construction of the parliamentary building and the Salman dam. At India’s request, Afghanistan sacrificed its UN Security Council seat in 2021-22 to New Delhi. Washington and Kabul are assuring New Delhi that APP will not be detrimental to its national interest and it is the key in determining its success. It will certainly keep Pakistan on its toes.

APP is a complex challenge without borders, and in need of a neutral facilitator to help it fly. New Delhi, as an important regional player, can bring to the table its vast experience in internal conflict resolution, provide Deobandi clerics, engage Afghan political players and the Taliban, strengthen the ANSF, and, in time, appoint a special envoy. It is high time that India began shaping the end-state of APP.