There has not been adequate debate in Parliament about this very radical policy change to the composition of the military, which is a hallowed institution with a pedigree going back a few hundred years. Hence, one hopes that it will be more than a briefing by the minister and that the parliamentary panel will discuss India’s military preparedness in a holistic manner. 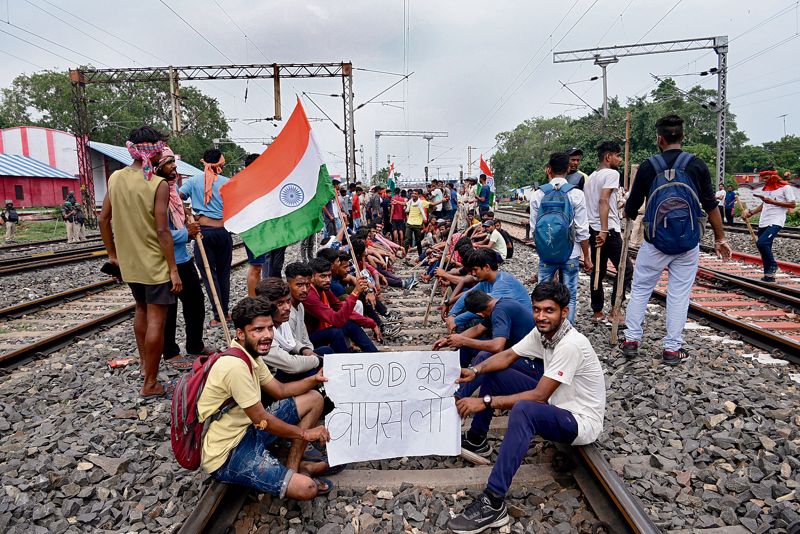 UNDER SCRUTINY: Why is the most affected section — young Indians — unhappy with the scheme? PTI 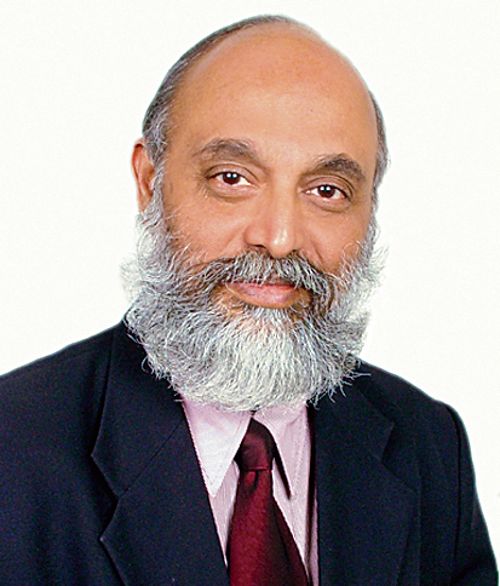 DEFENCE Minister Rajnath Singh is expected to brief the Parliamentary Consultative Committee on Defence (PCCD) today regarding various aspects of the Agnipath scheme, which will radically transform the recruitment pattern of the Indian military. In relation to national security policies, this has been packaged as one of the most radical and bold initiatives of the Modi government in its second term and was announced with considerable fanfare on June 14 by the minister and the three service chiefs.

The core of the new scheme is that it will do away with the current pensionable service format for personnel below officer rank in the military and introduce the short-term template, wherein those selected will be categorised as Agniveers and will serve for four years. At the end of this period, a quarter (25 per cent) will be retained — but only after going through another selection process and will then be eligible for the normal 15-year pensionable scheme. The balance 75 per cent will leave the military with a financial package and possible entry to other branches of the government and the private sector.

There were angry protests by the most affected demography — young Indians — which was unhappy with certain provisions of the scheme and certain tweaks were announced piecemeal. Over the last month, there has been a robust debate, with many views expressed in the public domain — and this is a desirable characteristic for a healthy democracy. Predictably, the veteran community, which has considerable professional experience, acquired over the years, has contributed to this debate in a spirited manner. Some have endorsed the scheme for its positive attributes and others have expressed their reservations about the long-term impact on the combat efficiency of the military in the transition period.

However, it is instructive that there has not been adequate debate in Parliament about this very radical policy change to the composition of the Indian military — which is a hallowed institution with a pedigree going back a few hundred years. Hence, today’s meeting is doubly welcome and one hopes that it will be more than a briefing by the minister and that the members of the PCCD will be able to discuss the larger issue of India’s military preparedness in a holistic, non-partisan and objective manner.

The need for an objective and non-partisan ambience is being emphasised since in recent years, national security debates in the legislature have been few; and where they have been conducted — as, for instance, after the Galwan clash — they have been emotive and devoid of substance.

The government has stated that the Agnipath scheme was steered by the late General Bipin Rawat — the first Chief of Defence Staff — and that considerable time and effort was spent engaging with all stakeholders to arrive at the final contour of the new recruitment scheme. While it is accepted as a truism that India’s overall pension outlay (for all government employees) needs to be reviewed and made more fiscally sustainable over the long term — the genesis for Agnipath has cast the soldier as the ‘burden’ that needs to be lightened. To that extent, it is devoid of empathy and is not as equitable as it has been projected to be.

However, the die has been cast and the first batch of Agniveer applicants is being processed. It is reported that the Indian Air Force has been quick off the block and has closed its scheme for the year — it has received almost 7.5 lakh applications against its highest previous peak of 6.3 lakh. The IAF will induct 3,000 Agniveers — or 0.4 per cent of those who have applied. It is likely that the navy and army will report similar numbers and this statistic is illustrative of the dire employment situation in India for GenNext and why the protests took place.

The July 11 meeting could perhaps discuss some of the more critical strands that have come up for scrutiny in recent weeks, viz, what will be the impact on the combat efficiency of the army in particular, which is already dealing with a 1 lakh shortfall in its personnel strength, since there has been no recruitment for two years. This change is happening when the post-Galwan territorial dispute with China remains unresolved and the challenge across the Line of Control with Pakistan is active, with episodic spikes.

Secondly, the tenure of four years is deemed to be too short, for almost every study has shown that a soldier/ sailor/ airman becomes a truly effective member of the unit only in the service period of five years onwards — and, hence, there is a need to review this clause and extend it — particularly for technical apprentice/artificer entry.

The third is the eminently reasonable suggestion that this scheme ought to have been put through a pilot or test bed format for the first cycle — with smaller numbers, even while retaining the earlier scheme.

And the fourth is that all the earnest announcements that Agniveers who are demobilised after four years of service will be given preference for jobs in other government departments and the private sector be legislated.

PM Modi has encouraged a constructive debate and dissent on matters of national import — and there can be no domain more important than national security. While the PM is to be commended for his political resolve and boldness to bite the bullet apropos defence reforms that have been floundering, the need for informed debate and accommodating divergent views is imperative. October 1962 is a reminder.

In this context, former naval chief Admiral Arun Prakash’s observation in relation to Agnipath is relevant: “Seeing the detritus of burnt trains, wrecked buses and social turmoil in the wake of many recent pronouncements, one is left wondering whether dissenting opinions are tolerated and contrarian advice accepted or given any weightage on our high-level decision-making forums.”

Members of Parliament could be apprised today of the different views and assessments apropos of Agnipath — presuming that these have been retained as part of the official record of India’s military reforms.