All about Xi Jinping and party : The Tribune India

All about Xi Jinping and party 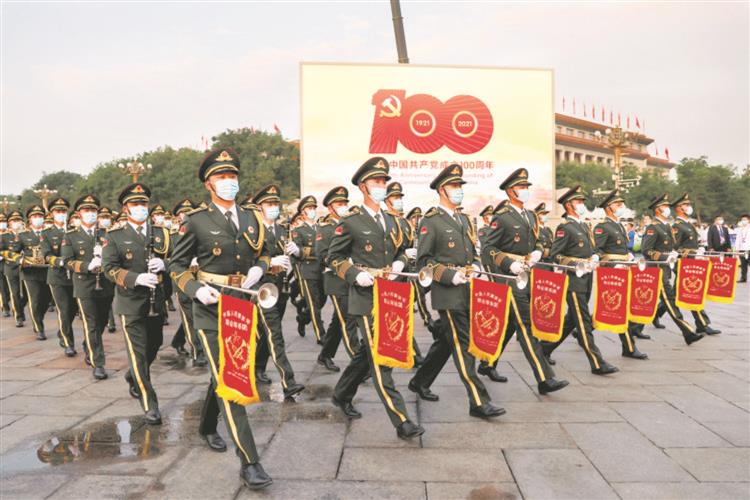 In command: The party was honoured with a 100-gun salute. Reuters 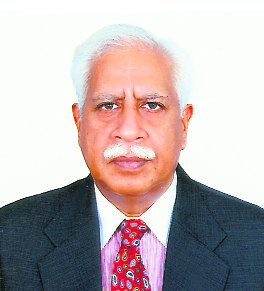 The Chinese Communist Party (CCP) concluded its centenary celebrations with a grand event and speech by CCP general secretary Xi Jinping on July 1. It provided the CCP and Xi Jinping an opportunity to share their assessment of the journey thus far and give a broad sense of direction for the future. In his speech Xi Jinping mentioned the Belt and Road Initiative and the ‘community of shared destiny’ — his personal projects — hinting that he would continue in office beyond the party congress next year.

The celebrations confirmed also that the CCP leadership is sensitive to the military’s morale. Contrary to its announcement in March, a carefully vetted crowd watched a military parade and flypast by the latest generation J-20 ‘stealth’ fighter aircraft and ZL-10 transport helicopters over Tiananmen Square. The party was honoured with a 100-gun salute.

Suggesting that Xi Jinping is possibly seeking the support of party ‘elders’ at the next party congress, Jiang Zemin’s long-serving chief of staff and ex-Vice President Zeng Qinghong was present. Particularly interesting was the presence of Bo Xicheng, son of one of China’s ‘Eight Immortals’, Bo Yibo and brother of incarcerated former politburo member Bo Xilai, who tried to push Xi Jinping aside in the run up to the 18th party congress in 2012 and take over China’s top three posts!

The CCP’s international liaison department had requested political parties from around the world to send congratulatory letters on the occasion. Of the Indian parties, only the CPI and CPI (M) responded positively.

Xi Jinping’s nearly hour-long speech was crafted to exude confidence blended with aggression and nationalism. It was calculated as much to concretise the CCP’s monopoly on power in China as to rally nationalist sentiment against anti-China foreign forces and mobilise the people towards achieving the second centenary goal under the CCP’s leadership. It avoided mentioning calamitous disasters like the Great Leap Forward and Cultural Revolution, in which over 80 million people lost lives, were disabled or scarred for life. Surprisingly, neither did it list what material benefits the people could expect in the coming decades.

Xi Jinping paid the ritual obeisance to veteran Chinese communist revolutionaries, acknowledging them by name. The rest of his speech focused on the party: how it had ushered in ‘socialism with Chinese characteristics’, ‘profoundly changed the course of Chinese history in modern times’, modernised China, and its indispensability for China. Xi Jinping declared ‘we must uphold the firm leadership of the party. China’s success hinges on the party. Without the Chinese Communist Party there will be no new China and no national rejuvenation’. The party was mentioned 133 times.

It also conveyed a message to foreign powers, whose remarks bore Xi Jinping's imprimatur. Stressing that China was no longer ‘a semi-colonial, semi-feudal society’ and had ended ‘all the unequal treaties imposed on our country by foreign powers and all the privileges that imperialist powers enjoyed in China’, Xi Jinping was emphatic that ‘any attempt to divide the party from the Chinese people or to set the people against the party is bound to fail’.

Alluding to increasing US pressure on China, he declared that ‘the Chinese people will not allow any external forces to bully, oppress, or enslave us; anyone who deludes themselves into doing so will suffer a crushing and bloody head-on collision with the great wall of steel (PLA) made of the flesh and blood of 1.4 billion Chinese people’. China’s official news agency Xinhua subsequently released a toned-down version saying ‘anyone who would attempt to do so will find themselves on a collision course with a great wall of steel forged by over 1.4 million people’.

Xi Jinping subtly directed credit for achievements towards himself. He declared ‘a historic resolution to the problem of absolute poverty in China’, as China marched towards its second centenary goal. The goal of alleviating absolute poverty by 2021 was Xi Jinping’s flagship programme. Xi Jinping also said ‘in this new era, we have upheld and strengthened the party’s overall leadership’, overcoming many ‘major risks and challenges’. Xi Jinping traced these achievements to the 18th party congress. He reinforced this with a call to uphold the core position of the general secretary on the party central committee and in the party as a whole.

Xi Jinping’s uncompromising remarks on Hong Kong, Macau and Taiwan are revealing. He promised Hong Kong and Macau the rule of law, but tempered with greater autonomy. On Taiwan, he specifically mentioned the 1992 consensus and reiterated China and the party's commitment to the ‘full reunification’ of China.

Xi Jinping asserting full reunification indicates that he will remain unyielding on issues of sovereignty. It is relevant for those with whom China has unresolved territorial or maritime disputes. While the celebrations allowed the CCP to effectively project its contribution to China’s ‘rise’ and its future relevance, the repeated references in Xi Jinping’s speech to foreign bullying, efforts to separate the party from the people, and call for the people’s support, reveal the worries of the party leadership. He deftly fashioned his speech to take credit for China’s achievements and affirm that the party would guide China towards ‘the second century goals’.