All at sea on the vaccine front

We are seeking vaccine equity globally, but not ensuring it in our own country 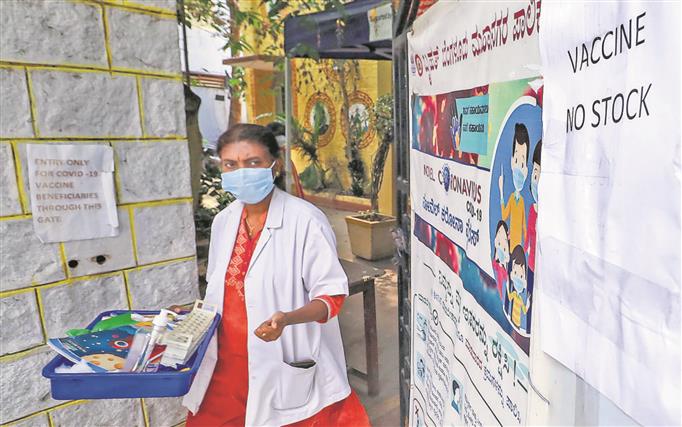 Abdication: The Central Government has washed its hands of vaccination, though it is its constitutional obligation under the Concurrent List. PTI 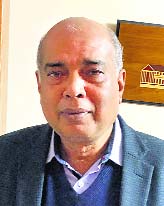 India could have compulsorily licensed Covaxin to 18 domestic manufacturers to take the moral high ground.

As per their manufacturing capacity, the two designated companies have manufactured 28 crore doses in four months. But the government has administered 15 crore doses. Six crore doses have gone to various countries under India’s Vaccine Maitri scheme and the gap must have been covered by the Serum Institute of India’s (SII’s) own licence obligation.

At this rate of vaccine availability, the country would surely miss the third wave whose impact is difficult to predict as of now. True, there is a plan of the SII increasing its monthly manufacture to 100 million and Bharat Biotech to 70 million doses per month, starting from August.

The Government of India will pick up 50 per cent of the product, amounting to 54 crore doses by December. Since only the above-45 age group is taken to be the Centre’s responsibility, it accounts for 45 crore doses. This means that the remaining nine crore doses are meant for vaccine diplomacy.

It is wise for nation-states to tend to their own economy rather than overstretch themselves. India, at best an aspiring power, is fast becoming a one-trick pony; imitating China, regardless of the huge gap in their strengths.

The country missed out on the opportunity of pre-ordering vaccines in time in the seller’s market, and expanding capacity. It is now caught in the net of non-availability. Even the use of a CDL-like testing lab in Hyderabad and the one in Kasauli, which would have saved time and improved logistics, has not been thought through yet.

Now comes the issue of shifting of the responsibility of vaccination of the 18-plus age category to the states. The Centre’s budgetary provision of Rs 35,000 crore would have taken care of this category too. If inadequate, putting on hold the Rs 20,000-crore Central Vista project could have made funds available for meeting the additional need of a booster dose when required.

For the first time, the Central Government has washed its hands of vaccination, even though it is its constitutional obligation under the Concurrent List (entry 29).

But there are deeper problems here. The 50 per cent stock left with the manufacturers after the Centre takes its share does not clearly divide the claims of the state governments and the private sector.

In this uneven tussle, the states will be the losers. The vaccine price fixation has been left to the manufacturers and outright profiteering is evident in the prices they have fixed for the states and the private sector.

If the SII was making a profit when the price was Rs 150 per dose, fixing the rate at Rs 300 gives it at least a 300 per cent increase in profit. The rate of Rs 1,200 by Bharat Biotech for the private hospitals jacks up profit by 400-1,200 per cent. This also becomes a reference priceline for the new entrants, though these rates are much higher than the rates at which they are being sold to other countries.

Already, the vaccination drives in different states are sputtering for lack of availability of vaccine. The manufacturers will be more inclined to sell it to the private sector than to the states whose rate is either half or one-third of the former. The states, with their limited resources, will have to fork out double or triple the price that the Central Government paid.

The right to life apparently comes with different price tags for different age groups. The Centre’s declaration in its affidavit to the Supreme Court that the market should determine the price of the vaccine shows a convoluted understanding which would have put even Milton Friedman to shame.

The state governments will not only compete with the private sector, but also end up competing with each other. Are we waiting for a rerun of the chaotic situation that the US saw?

The Central Government has finally managed to shift the crisis to the states and created chaos. The country has missed out on coordinated vaccine purchase with the advantage of the economy of scale like the National Immunisation Programme.

The Indian Government’s proposal, along with that of South Africa, for a TRIPs waiver for the vaccine, has received the support of the US Government. But it still faces resistance from the EU, Japan and Australia. If finally the waiver comes with some caveats on technology transfer, confidential information and trade secrets, the objective would not be met.

Given the enormity of the crisis, India could have compulsorily licensed Covaxin to the 18 domestic manufacturers of the vaccine. This would have helped India take the moral high ground for seeking compulsory licensing of international vaccines. We are seeking vaccine equity internationally while not ensuring it within the country.

India’s vaccination programme is already tottering. Go to any state, you will find unavailability of doses, the drive being limited to second dose cases, and a perceptibly slow pace.

Finally, there is an ambivalent attitude to vaccine producers and we may end up paying a huge price for it. There is a Tamil proverb, “I will pretend to beat you, you will pretend to cry and we will continue as before.” It appears we will not be ready for the third wave as and when it comes.

The problem with tardy vaccination is that the virus will move, mutate and become more virulent and it is likely to hit young people, precisely the ones who are caught in our messy vaccination policy.