All’s not well in China : The Tribune India

All’s not well in China 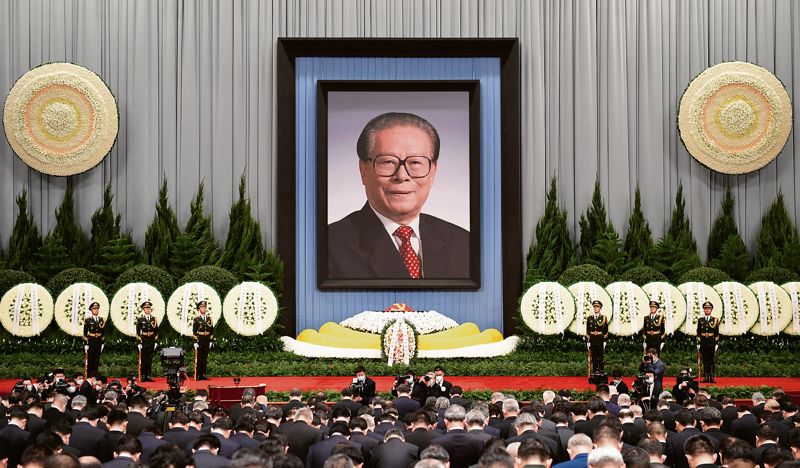 Tribute: A memorial meeting for former President Jiang Zemin was held in Beijing on December 6. Reuters 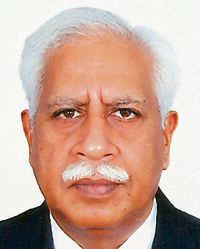 Recent events have confirmed the considerable subterranean discontent in China. Numerous cities across the country witnessed protests against the stringent restrictions imposed to implement the zero-Covid policy; the economic situation is worsening. The death of former Chinese President Jiang Zemin, who was handpicked by the late Chinese leader Deng Xiaoping to steer the Chinese Communist Party (CCP) and the country in the immediate aftermath of the Tiananmen massacre in 1989, complicated an already difficult situation for President Xi Jinping.

The authorities are viewing the protests seriously and have hinted at the involvement of ‘hostile foreign elements’ trying to instigate a ‘colour revolution’.

The world’s second largest economy is grappling with a slowdown. Last week, Xi Jinping and other Chinese leaders discussed economic priorities for the upcoming year at the annual Central Economic Work Conference held in Beijing. According to official news agency Xinhua, the meeting demanded making economic stability a top priority and pursuing steady progress while ensuring economic stability in 2023. It was noted at the meeting that an overall recovery and improvement was expected in the country’s economic performance next year.

In early November, the Institute of International Finance estimated that foreign investors pulled out $8.8 billion from China’s financial market in October. Of that, $7.6 billion was from the stock market and $1.2 billion from the bond market. The institute added that since Russia’s invasion of Ukraine in February, about $105 billion has been pulled out from China’s bond portfolio.

On the political front, what confirmed that China’s authorities were apprehensive that Jiang Zemin’s funeral could trigger another nationwide wave of protests was the decision announced on December 1 that “no funeral service will be held” for the former President. This was a break with past practice. The authorities would have had in mind the rash of protests in the wake of former CCP Central Committee General Secretary Hu Yaobang's funeral in 1989 which culminated in protests in 84 cities across China and the use of military force against students and workers at Tiananmen. Instead, the 206-member ‘Jiang Zemin Funeral Committee’ stated that there would be a ‘big ceremony’ in his memory in the Great Hall of the People in Beijing.

Interestingly, the funeral committee included the name of former General Secretary Hu Jintao along with those of all former and current Politburo members. Hu Jintao had been ‘removed’ from the meeting of the 20th Party Congress on its final day on October 23, triggering speculation that Xi Jinping had chosen to publicly humiliate him and display his unchecked authority. Confirming that Hu Jintao was ‘removed’ from the venue of the Party Congress due to ill health, the state-owned CCTV (China Central Television) showed him visiting the PLA hospital to pay his respects to Jiang Zemin and later standing next to Xi Jinping in the Great Hall of the People.

It was on December 6 that a memorial meeting for Zemin was eventually held in the Great Hall of the People. In his speech, Xi called Zemin “an outstanding leader enjoying high prestige acknowledged by the whole Party, the entire military and the Chinese people of all ethnic groups, a great Marxist, a great proletarian revolutionary, statesman, military strategist and diplomat, a long-tested communist fighter, and an outstanding leader of the great cause of socialism with Chinese characteristics.” The ashes of the Chinese leader were scattered into the sea at the mouth of the Yangtze River on December 11.

As previously anticipated, Xi Jinping will face a range of problems through his third term, with his zero-Covid policy and its after-effects tenaciously dogging him. Provoked by the fire accident in Urumqi where about 10 people died, protests against the zero-Covid policy erupted across China within days. China’s official media blanked out news of the protests, but social media was abuzz with reports from citizens of protests in different places and the movement of PLA troops, tanks and trucks. The Hong Kong-based Intium reported that 79 tertiary educational institutions, including Beijing’s prestigious Tsinghua University, participated in the protests. Protests occurred in Beijing, Wuhan, Urumqi, Korla, Chengdu, Nanjing, Zhengzhou, Chongqing, Guangzhou and Shanghai.

Though apparently against the harsh implementation of Covid restrictions, the protests in at least 10 cities across the country were quickly joined by students, citizens and workers. The protests continued till at least December 8, including in educational institutions like Nanjing University. While indications are that the protests have petered out, the authorities are viewing them seriously and have already hinted at the involvement of ‘hostile foreign elements’ trying to instigate a ‘colour revolution’. Many protesters have been brought in for questioning by public security officials and the investigations are expected to continue. The authorities appear to apprehend that the protests, which persisted for nearly 20 days, may regain momentum.

Meanwhile, the future of Jiang Zemin’s supporters in the CCP has become more uncertain after their leader’s death. Their fears will be heightened as the CCP’s anti-corruption outfit, the Central Discipline Inspection Commission, has recently begun to list ‘disloyalty’ to Xi Jinping as one of the charges.