An officer & a politician : The Tribune India

An officer & a politician 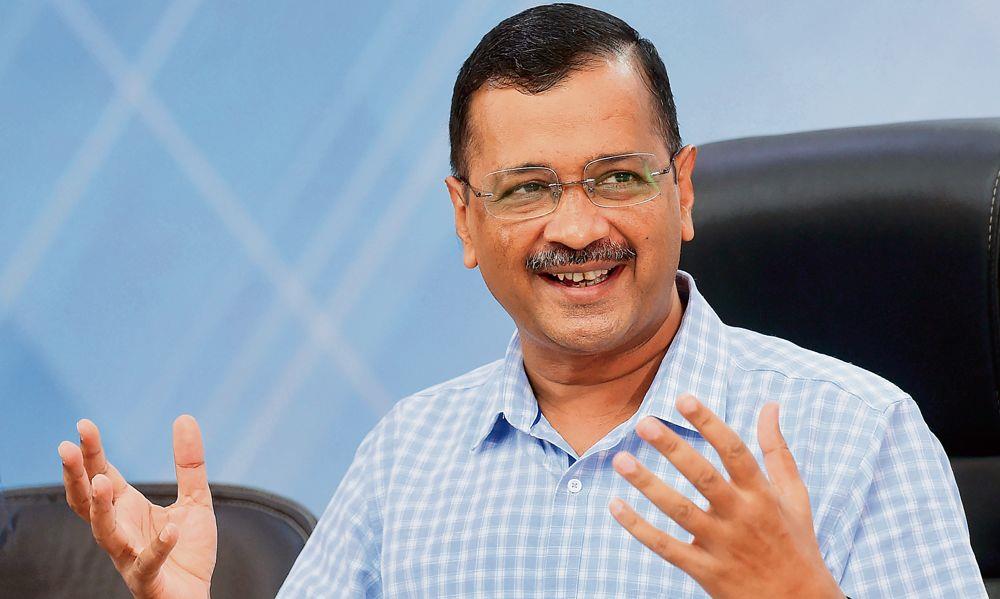 Unruffled: Repartee is Kejriwal’s forte and he uses it to his advantage. PTI

Last week two individuals, a woman and a man, caught my attention. Manjari Jaruhar is a retired IPS officer and a dear friend while Arvind Kejriwal is a leading politician. I shall begin with the woman since our PM himself has been harping on a more important role for Indian women to ensure the country’s progress.

Does a woman IPS officer fit into the man’s world of policing and keeping criminals in check? The answer is ‘yes’. I first met Manjari in 1986. She was a young SP (Bihar cadre), and I was doing a desk job in the Union Home Ministry. It was my first and last assignment out of uniform.

I was entrusted by my boss, Arun Nehru, Minister of State for Home, to identify a suitable woman IPS officer for a staff assignment at the National Police Academy, Hyderabad. Director AA Ali had made the request. The government saw merit in the request, and the compliance was left to me.

I asked Kiran Bedi if she was willing. Her refusal forced me to study the Civil List and pore over the names of women officers. There was Manjari with an impressive record. What was an added incentive to choose her was the fact that she was married to a fellow cadre mate from the same IPS batch. Rakesh Jaruhar was inclined to research and scholarship. The couple was suited for the premier training institution. So, I spoke to the Bihar DGP, who reluctantly agreed to spare two of his good officers.

I met Manjari a couple of times thereafter when I visited the academy on work. Years later, when I heard that she had retired, I spoke to her on the phone and roped her in to head the Indian music industry’s IPR protection operations in the country. We have been in touch since.

A few days ago, she phoned from Delhi to ask me to release her book, Madam Sir, in Mumbai. She sent a copy for my perusal. I could not attend the release because of my age, but I enjoyed the book. Manjari is an officer after my own thoughts on what a good police officer should be. The way she dealt with politicians demanding the wrong type of police action, with mobs whose collective personality had to be breached in order to make its members think as individuals, and with citizens approaching the police with their complaints makes the book compulsory reading at all police training institutions.

An outstanding police officer of the Maharashtra cadre of the IPS, Satish Sahney, will release the book. Manjari is wedded to the truth. She holds back nothing, including her first failed marriage to an officer of the Indian Foreign Service. Her subsequent successful marriage compelled her to balance the duties of a senior policewoman with the responsibilities of a mother of two small boys. She passed that test also.

When she first reported for duty at the DGP’s office in Patna, the police chief was sceptical about a woman’s ability to negotiate the pitfalls encountered by every police leader. Manjari proved him and other naysayers in the higher echelons wrong. She established herself in their eyes — and in the eyes of the public — as a competent and straightforward individual, as capable (if not more) as any male colleague.

My own experience of women officers in this male-dominated profession is that gender matters little. It is only the person’s attitude and performance that ultimately matters. And in that test, Manjari stands tall.

The other individual who made waves last week was AAP supremo Arvind Kejriwal. A leading English news channel featured him three evenings in a row, dodging questions put to him by a journalist and the audience. The latter consisted mainly of youth. There was near-universal appreciation of the clever answers given.

One such answer impressed me considerably. I forget the question, but Kejriwal, ever the political gladiator, glibly dodged a direct reply and deftly threw the attention of the audience to the Modi regime’s habit of forming governments in states where it had not won at the ballot box by purchasing MLAs or arm-twisting them to cross over. Prospects of facing the ED, CBI or income tax inquiries were enough. What struck me was that this young audience honed on to the suggestion without any hesitation, proving to the observer that even college youth are alive to such sordid tactics!

I had met Kejriwal just once some 20 years ago. He was an income tax officer then and posted in Delhi. The former Cabinet Secretary, BG Deshmukh, was the founder-chairman of a Mumbai-based NGO called Public Concern for Governance Trust. He had invited Kejriwal to address the trustees and a handful of us had gathered at Rajmohan Gandhi’s Mumbai flat to hear the young man.

Kejriwal explained how he had set up a table and chair on the footpath outside Delhi’s income tax office and offered to help citizens to obtain PAN cards and refund orders without paying bribes. The offer was eagerly taken up. Naturally, he became very unpopular with many colleagues.

The success of this one project encouraged him to take leave from his job and organise people to demand their rights to which they were legally entitled. And so was born a professional agitator and a future politician who used more gullible but respected members of society, like Anna Hazare, to reach where he now has — as one of the country’s main opposition leaders. Like the clever politician he is, Kejriwal dumped Hazare when he was no longer useful to him and branched off on his own.

Modi has avoided all attempts to corner him by denying one-to-one interviews with journalists. Kejriwal, on the other hand, revels in such opportunities. Repartee is his forte and he uses it to his own advantage.