Another step forward by Quad

Process of consolidation on, but lack of clarity on a broader Indo-Pacific strategy 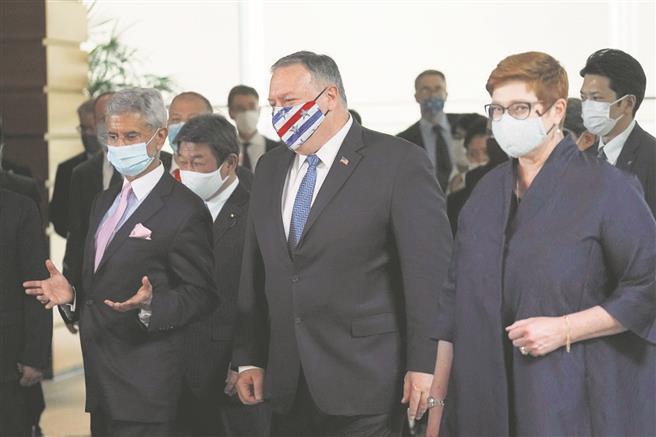 FOURSOME: The Quad is a fallback if China continues to seek unilateral dominance as the means to ensure Chinese security. 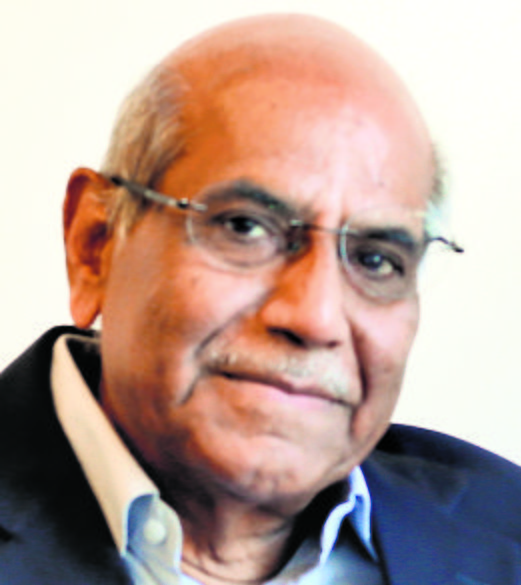 The foreign ministers of the Quad countries — India, Australia, Japan and the US — are holding talks in Tokyo. The earlier Quad meeting had taken place on the sidelines of the UN General Assembly in September 2019, but the Tokyo meeting is the first stand-alone one and hence has enhanced political significance. The choice of venue is also important. Japan has a new PM in Yoshihide Suga. There have been doubts as to whether he would be as supportive of the Quad as his predecessor Shinzo Abe had been. With Japan playing host to the meeting, these doubts will be laid to rest. There are other reasons to believe that the Quad is moving towards a phase of consolidation. India has now established 2+2 bilateral meetings of foreign and defence ministers with each of its Quad partners. It has regular trilateral meetings at the ministerial level with the US and Japan and with Australia and Japan, respectively. A logical next step towards further consolidation may well be a Quad 2+2. This could even replace the existing trilaterals. This should be fairly easy to agree upon but perhaps for the Tokyo meeting it may be too soon. India has concluded bilateral security arrangements with each of the Quad countries, including on logistics which will enable interoperability among their military forces. However, to be a credible and effective military grouping, these bilateral arrangements may need to be multi-lateralised. This may not be a major issue for Japan and Australia which already have a military alliance relationship of long standing with the US. It may be a bridge too far for India. The greater the sense of threat from China the greater the likelihood of India pondering over such an option. India's preference remains not having to make such a choice.

The more exclusive and overtly military the Quad becomes, its attractiveness to a broader set of countries in the region and beyond may diminish.

India's Quad partners consider it as the linchpin of their Indo-Pacific strategy aimed at ensuring a ‘free and open Indo-Pacific’. India has committed itself to the freedom of navigation and overflights in the Indo-Pacific which is less controversial. India has promoted a more inclusive concept of the Indo-Pacific, using the mantra of ‘open, inclusive and transparent’. Sometimes the word ‘balanced’ is added as one of its desirable features. This is based on the Indian preference for a maritime security regime in the Indo-Pacific which keeps the door open to China. It may prove more attractive to other players such as the ASEAN countries, by putting in place a series of mutual security assurance provisions instead of each country seeking its security through unilateral means. The Quad is a fallback if China continues to seek unilateral dominance as the means to ensure Chinese security. For the present one does not see China opting for a multilateral security regime in the Indo-Pacific that will demand restraints on its ambitions.

India has sought to define the geographical limits of the Indo-Pacific as stretching from the Western Pacific to the eastern shores of Africa. Japan too subscribes to this. However, both the US and Australia limit the Indo-Pacific from ‘Hollywood to Bollywood’. In practical terms India has implicitly accepted the narrower scope by emphasising that Indo-Pacific must take ASEAN centrality as a principle and work through ‘ASEAN-led institutions and processes’. This has had the merit of bringing ASEAN on board the concept of the Indo-Pacific.

During the past year we have had France and Germany also declare their own Indo-Pacific strategies and this has been welcomed by India and other Quad partners. Both European countries have made it clear that in doing this they wish to move away from an overly China-centric Asian policy which they have pursued over recent years. It is reported that France and Germany are working towards an EU policy on the Indo-Pacific. This would be a significant step in creating a broader countervailing coalition to restrain Chinese power projection.

What this analysis demonstrates is the lack of clarity on how the Quad fits into a broader Indo-Pacific strategy. The more exclusive and overtly military the Quad becomes, its attractiveness to a broader set of countries in the region and beyond may diminish. None of the ASEAN countries, for example, wish to be caught in a cross-fire between China and the US or between China and India for that matter. Therefore, is the Quad likely to become a more cohesive strategic core around which a broader coalition of stakeholders could gravitate? Will these developments convince China that rather than risk having to confront an expanded grouping of powerful countries determined to foil its overweening ambitions, its interests may be better served by signing on to the more inclusive version of the Indo-Pacific advocated by India? There are no easy answers. The Quad will be determined by how the security situation evolves post-pandemic both in Asia and the rest of the world.

India has presented the Quad as one of the several ‘issue-based coalitions’ it is part of, each serving some specific objective of its foreign policy. It has sought to suggest a certain parallelism among its participation in the Quad, the Shanghai Cooperation Organisation (SCO), Russia-India-China trilateral (RIC), Brazil-Russia-India-China-South Africa (BRICS) and various trilaterals with friendly countries. This parallelism is under strain as a result of the recent worsening of relations between India and China in the wake of Chinese transgressions on the LAC in eastern Ladakh. Any further and serious deterioration of relations may raise questions about remaining in the SCO, BRICS and continue with the RIC forum. One hopes that this does not happen, but if it does, the Quad may take on a significance not envisaged so far.