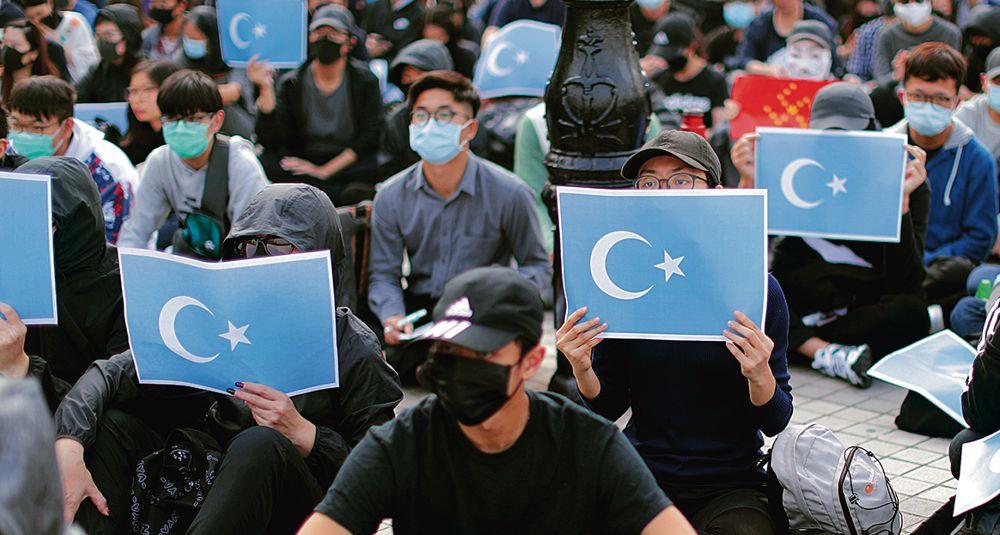 The growing body of evidence about the horrendous treatment that China has meted out to its Muslim minorities, especially Uighurs, is now getting translated into a growing crescendo of labelling such activities as genocide.

On January 19, the US State Department declared the wide-scale Chinese repression of Uighurs as genocide and crime against humanity. This could lead the US to impose more sanctions against China under the Biden administration. In late February, Canada became the second country in the world to describe China’s treatment of its Uighur minority as genocide. On February 25, the Dutch parliament passed a non-binding motion saying the treatment of the Uighur Muslim minority in China amounts to genocide, the first such move by a European country. Australian law-makers are also considering a motion to recognise China’s treatment of the Uighur Muslim minority as genocide.

On March 10, the US Commission on International Religious Freedom (USCIRF) organised a Congressional hearing titled: ‘A Religious Minority Enslaved: Addressing the Complicity of US Companies in Uyghur Forced Labour’. During the hearing, the written remarks made by Senator Marco Rubio called for the world’s attention to the ongoing crimes against humanity and genocide against the Uighurs and other Muslim minorities in Xinjiang by the Chinese Communist Party. Another speaker believed that mass detention of Uighurs represented the largest-scale detention of an ethno-religious minority group since World War II. Another called the treatment of Uighurs the ‘stain of the century’.

A report published on March 9 by Washington-based think tank Newlines Institute for Strategy and Policy provided an independent legal analysis of the applicability of the Genocide Convention to Chinese actions against the Uighurs. The group of experts in international law, war crimes and the Xinjiang region held that the Chinese authorities’ treatment of Uighurs met every criterion of genocide under the UN Genocide Convention. The totality of the Chinese actions amounted to an intent to destroy the Uighurs as a group, in whole or in part.

The 2019 Report on International Religious Freedom of the USCIRF drew attention to the US government estimates that since April 2017, the Chinese government had arbitrarily detained more than one million Uighurs, ethnic Kazakhs, Hui, and members of other Muslim groups, as well as Uighur Christians. They were detained in internment camps in Xinjiang and subjected to forced disappearance, political indoctrination, torture, physical and psychological abuse, including forced sterilisation and sexual abuse, forced labour, and prolonged detention without trial because of their religion and ethnicity. There were credible reports of individuals dying as a result of injuries sustained during interrogations.

What these reports document is how China has been aggressively suppressing Chinese Muslims, especially Uighurs, with a view to eradicate Muslim identity in China. Such measures included destruction of historic mosques and levelling of domes and minarets on mosques. According to the Australian Strategic Policy Institute, since 2017, 65 per cent of China’s mosques and 58 per cent of its important Islamic sites have been destroyed. According to Chinese Government statistics, there were over 35,000 mosques in the country.

Other measures include criminalising Islamic praying in public; posting of officials to Muslim homes to keep a watch and rule out even private prayers; restricted access to mosques and barring the youth from participating in religious activities, including fasting during Ramadan; extensive and invasive security and surveillance, including forcing Uighurs to install spyware on their mobile phones, to gain information regarding their religious adherence and practices; preventing public calls to prayers and banning sales of the Quran; and prohibiting news broadcasts from showing images of pedestrians wearing skull-caps or veils. The international media has reported that the government continued to instruct officials to look out for 75 ‘signs’ that signified religious extremism. These included growing a beard, praying in public outside of mosques, wearing veils and headscarves, and abstaining from smoking or drinking alcohol.

Interestingly, though China denies any atrocities, its own Sichuan University recently released a document titled ‘Public Opinion Crisis’, that confirms the demolition of about 10,000 iconic Islamic sites and structures in various parts of China.

Taking a cue from the government’s systematic discrimination, anti-Muslim feelings have seeped into the majority Han population. Resultantly, anti-Muslim posts on social media have become widespread. One user on WeChat likened Muslims to ‘cancer cells’; new phrases like ‘green religion’ and ‘green threat’ theory had been invented to target Muslims. A report of the Sichuan University underlined that the use of the online social network to incite hatred against Islam and to alienate, ostracise and hate Muslim population had aroused enormous resentment and psychological trauma among Muslim masses in China and damaged China’s relations with Muslim countries around the world.

Despite the mounting credible evidence of Chinese actions, the silence from Pakistan in general and Imran Khan in particular has been deafening. Imran Khan, who never misses an opportunity to rant about Islamophobia, has been studiously quiet on the Uighurs. Surely after his earlier surprising assertion that he knew nothing about the issue, he could have brought himself up to speed by now. Likewise, Special Adviser Moeed Yusuf, in his interview to an Indian platform last year, had asserted that Pakistan had ‘zero concerns, absolutely zero concerns’ about the Uighurs. It would be interesting to know what Imran Khan and Moeed Yusuf have to say about the evidence, including the report of Sichuan University.

Interestingly, the USCIRF quotes a report from The Economist of 2018 that the authorities in Xinjiang used various criteria to rank citizens as ‘trustworthy’. One of these was not visiting any of the 26 ‘sensitive countries’. Lo and behold, Pakistan is among these ‘sensitive countries’, visiting which makes an Uighur ‘untrustworthy’. So much for the ‘all-weather’ friendship between Pakistan and China.