Only 15 regional parties received donations through electoral bonds, the highest amount being BJD’s Rs264 crore. For the Opposition parties, electoral bonds pose the fear of omission (being starved of funds) and the fear of commission — being traced and harassed by the ED and CBI. 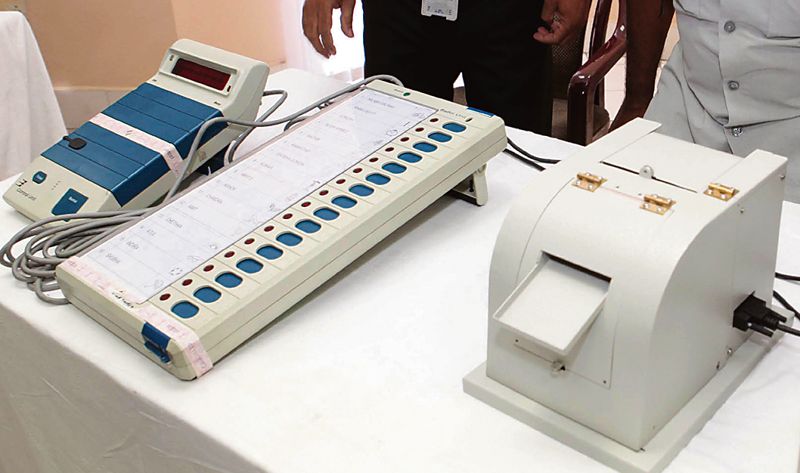 Transparency needed: Elections have seen the use of money power, but will the issuing of electoral bonds be able to check it? File photo 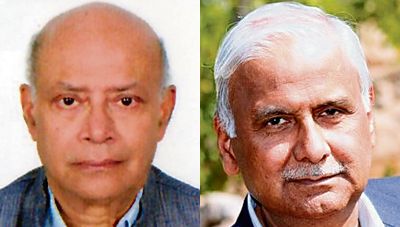 How would you like to play a game in which one of the players can change the rules at will? If you point out it is not a fair game, the answer comes, ‘but the playing field is level!’ This is not altogether an imaginary situation about Indian elections, indeed as made clear by a press release dated December 30, 2021, which said that the State Bank of India (SBI) had been authorised to issue and encash electoral bonds from January 1 to 10, 2022. Elections are round the corner in five states and preparations for the next General Election are already underway.

Electoral bonds were first announced by the then Finance Minister (FM) in his budget speech on February 1, 2017, as an innovation to bring “transparency in electoral funding”. The same afternoon, the FM, in a media interaction, said, “These bonds will be bearer in character to keep the donor anonymous.” The scheme was notified on January 2, 2018. Since then, ‘anonymous’ funding and a ‘transparent’ election process has continued to co-exist peacefully in this land of democracy.

The chronicle of the crime was foretold in full public view, almost like that famous Gabriel Garcia Marquez novel. The only difference, it was not magic reality, a la Marquez, but Indian electoral reality.

The Reserve Bank of India (RBI), the sole authority to issue currency (bill of exchange, promissory note or engagement for the payment of money payable to bearer on demand) under Section 31 of the RBI Act, advised against the electoral bond scheme for “encouraging money laundering”.

The RBI was approached four days before the announcement of electoral bonds, “requesting early comments”, not agreement. And, the RBI’s views were overruled by the Finance Ministry saying, “RBI has not understood the proposed mechanism of… for the purpose of keeping the identity of the donor secret…”, and that “We may go ahead… because… the Finance Bill was already printed.” Convincing argument?

The Election Commission of India (ECI), when asked for its reaction to the proposed scheme, responded that “it will have a serious impact on transparency aspect of political finance/funding of political parties… This is a retrograde step as far as transparency of donations is concerned.” It further clarified that this would “lead to increased use of black money for political funding through shell companies” as “this opens up the possibility of shell companies being set up solely for the purpose of making donations to political parties with no other business of consequence having disbursable profits.”

And yet, after a series of meetings, a Secretary in the Finance Ministry recorded on file that “it is my understanding that the (Election) Commission was reasonably satisfied about the electoral bonds being a fair and more transparent system of political donations” although there is nothing on record to show that the claim was true. On the contrary, the ECI filed an affidavit in the Supreme Court in March 2019 saying that electoral bonds, in their current form, should be scrapped.

What is instead on record, however, is a question asked by a member of the Rajya Sabha, Mohammad Nadimul Haque, in the Winter Session of Parliament: “Had the Election Commission of India raised concerns about electoral bonds?” The Minister of State for Finance, P Radhakrishnan, flatly replied that the government had not received “any concerns from the Election Commission on the issue of electoral bearer bonds”.

As notified, the funding window was to be opened only four times a year, ten-day window each time but “an additional period of 30 days (could be allowed) in the year of General Elections to the House of People.” Despite this clear stipulation of “General Election to the House of People”, the Prime Minister’s Office ordered that the scheme be opened for state assembly elections, breaking a rule that it had made itself, soon to be followed by another rule broken by the Finance Ministry when it ordered the SBI to encash bonds worth Rs 10 crore, which had already expired crossing the 15-day validity period.

The anonymity of the donor of electoral bond was protected in so far as the SBI is the only bank authorised to sell electoral bonds and that it will collect “Know Your Customer” (KYC) particulars of the buyers of electoral bonds, but not share this information with anyone unless demanded by a court order.

None, it was stressed, other than the donors will know to which political party they have contributed, because the electoral bonds will not have serial characteristics. This, too, turned out to be a false claim, as proved conclusively by The Quint, in an outstanding example of investigative journalism. Each bond actually carried a unique alpha-numeric number visible only under ultraviolet light. Such surreptitious identifiability made it even more difficult for parties in the Opposition to attract funds.

This apprehension was proved justified in the very first year when actual data for sale of electoral bonds became available. Of bonds totalling Rs 215 crore sold in 2017-18, as many as Rs 210 crore (95%) were donated to the ruling party, the BJP, a trend which continues with the BJP alone receiving about 82 per cent of all the bonds sold in the three years for which data is available.

The electoral bonds scheme is cleverly designed to provide an incentive for all parties to not really oppose the scheme, in the hope that they might be the beneficiary of the scheme as and when they obtain a majority in their state legislature. However, this is like the proverbial carrot that is dangled before the donkey, which never gets the prized thing.

Only 15 regional parties received donations through electoral bonds, the highest amount being the Biju Janata Dal’s Rs 264 crore, over the same three-year period. For Opposition parties, electoral bonds pose the fear of omission (being starved of funds), and the fear of commission — being traced and harassed by the ED and the CBI.

This paralysing fear has to be broken. The Supreme Court is seized of the matter since August 2017 through two petitions. The first substantial hearing was held on April 12, 2019, following which, the court said, in an interim order, “Rival contentions give rise to weighty issues which have a tremendous bearing on the sanctity of the electoral process in the country. Such weighty issues would require an in-depth hearing…”

The law would take its own course and time, but political parties in the Opposition will have to fight the elections in the meantime. Will they decide to enter the boxing ring with one hand tied to the back, or choose to come together at least on this issue to press for repealing this scheme?