Army must reorient itself for future challenges

Blurring the distinction between the state of war and peace, non-military means are being increasingly employed to achieve political and strategic goals in the ‘hybrid’ conflicts of the 21st century. Consequently, the force transformation trend-line among the modern armies is to move from threat-based forces to capability-based forces that provide a set of capabilities to deal with a range of unexpected situations. 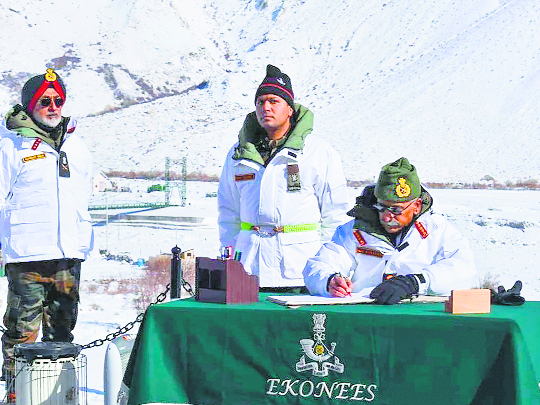 Unpredictable: In this era of strategic uncertainty, the character of conflict is constantly changing and evolving, from conventional to sub-conventional. 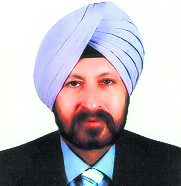 The new Indian Army Chief, General MM Naravane, has said the Army would act on government orders to take back PoK (Pakistan-occupied Kashmir, including Gilgit and Baltistan) if such instructions were received. In order to achieve such an objective, the Indian Army, among the most battle-hardened in the world, must gradually shake off its defensive orientation and transform itself into a modern fighting force that is ready to act proactively and undertake large-scale offensive operations if necessary.

While future threats and challenges, as well as vulnerabilities, will increase steadily and become more complex and diverse, many of the weapons and equipment in service with the Army are either obsolete or bordering on obsolescence. Also, the current state of defence preparedness leaves much to be desired, particularly large-scale shortages in the stock levels of tank and gun ammunition.

Besides, the need to transform the army into a ‘light, lethal and wired’ force in consonance with developments in weapons technology (including the exploitation of offensive cyber warfare, artificial intelligence and killer robots — unmanned or autonomous combat vehicles), the Army’s preparation for the future will be influenced by the changes in the strategic environment. In this era of strategic uncertainty, the character of conflict is constantly changing and evolving. From the state versus state conventional conflict — mainly for territorial gains — the pendulum is gradually swinging towards sub-conventional conflict between the states and disaffected non-state actors.

Blurring the distinction between the state of war and peace, non-military means are being increasingly employed to achieve political and strategic goals in the ‘hybrid’ conflicts of the 21st century. Consequently, the force transformation trend-line among the modern armies is to move from threat-based forces that were designed to meet known threats to capability-based forces that provide a set of capabilities to deal with a range of unexpected situations; for example, a rapid reaction division with air assault and amphibious capabilities. Similarly, the Army’s warfighting doctrine needs to be reviewed and the training regimes re-configured to train officers and other ranks to face certainty (predictable threats) and to educate them to face uncertainty (unforeseen challenges).

There is a very high probability that the next major land conflict on the Indian sub-continent will again break out in the mountains because that is where the unresolved territorial disputes lie. As it is not in India’s interest to enlarge a conflict with Pakistan to the plains sector south of Ravi river due to the possibility of escalation to nuclear exchanges, there is a fairly high probability that the next conflict, having broken out in the mountains, will remain confined to mountainous terrain. While the three strike corps are necessary for conventional deterrence and have served their purpose well, the Army must enhance its capability to launch offensive operations to deter and, if necessary, fight and win future wars in the mountains.

A strategic defensive posture runs the risk of losing some territory to the adversary if capabilities do not exist to seize large portions of the adversary’s territory to stabilise the situation. The first requirement is to upgrade India’s military strategy of dissuasion and deterrence by denial against China to that of credible conventional and nuclear deterrence by punishment and pro-active border management. Genuine deterrence can come only from the ability to take the fight deep into the adversary’s territory by launching major offensive operations.

To achieve this objective, it is necessary to raise and position one additional mountain Strike Corps in J&K for offensive operations against both China and Pakistan, besides 17 Corps that has been raised for operations in the North-East against China. In addition, as a Strike Corps can be employed only in one particular sector and cannot be easily redeployed in the mountains, the defensive (ground-holding) corps must be provided limited capability to launch offensive operations with integral resources.

As deep manoeuvre is not possible in a mountainous terrain and is not advisable in the plains against Pakistan due to the risk of escalation to nuclear exchanges, it is necessary to substantially upgrade the capability of the Army to inflict punishment and indeed achieve victory through the orchestration of overwhelming firepower. Unless firepower capabilities are upgraded by an order of magnitude, India will have to be content with a stalemate. The required capabilities include conventionally-armed short-range ballistic missiles (SRBMs) to attack high-value targets deep inside the adversary’s territory. Air-to-ground and helicopter-to-ground attack capabilities need to be modernised, particularly those enabling deep-ground penetration and accurate night strikes. Artillery rockets, guns and mortars must also be modernised. Lighter and more mobile equipment is required so that these can be rapidly moved and deployed in the neighbouring sectors. India’s holdings of precision-guided munitions (PGMs) must go up progressively to at least 20 to 30 per cent of the total ammunition in order to achieve high levels of operational asymmetries.

India’s increasing responsibilities as a net provider of security in the Indo-Pacific region will require the creation of tri-service capabilities for military intervention singly or in conjunction with its strategic partners. Two rapid reaction-cum-air assault divisions (with an amphibious brigade each) need to be raised over the 2020-30 time frame for employment during conventional operations as well as for military intervention if India’s vital national interests in the Indo-Pacific are threatened.

The expenditure on these divisions and other capacity-building initiatives outlined here will undoubtedly be highly capital-intensive and, therefore, require substantially higher budgetary support. At about 1.5 per cent of the GDP, this year’s defence budget is the lowest since the 1962 war with China. The defence budget must be gradually raised to 2.0 to 2.5 per cent of India’s GDP if the country is to maintain an Army that it needs. The weapons and equipment acquisition process must also be streamlined. Only then will the Indian Army be able to undertake the transformation necessary to deter future wars and, if necessary, fight and win.