As Centre, states clash, BJP must strike a balance

The BJP is in power in 17 states, giving it an overweening importance in the Centre-federal equation. However, there are signs that the Opposition-ruled states are unprepared to take the Centre’s diktats lying down. Their dissent may not amount to much substantively, but even the sporadic outbursts against the enforcement of a regimented template reflect that the states are alive to the letter and spirit of the Constitution. 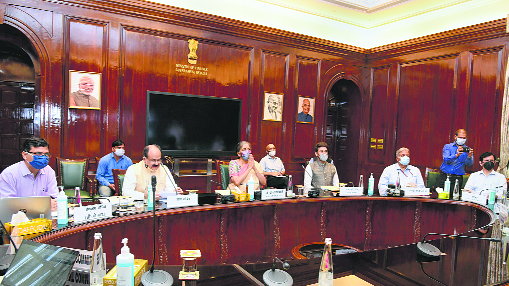 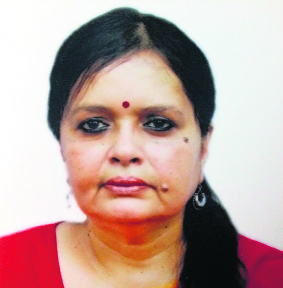 In May 2020, the Centre and the states were in the throes of a faceoff over the payment of over-due compensation under the Goods and Services Tax (GST) to the latter. Their economies were wrecked by the pandemic. The Union Finance Minister unveiled a Covid-19 ‘reforms’ package that raised the cap of borrowings from three per cent of the Gross State Domestic Product (GSDP) to five per cent under the Fiscal Responsibility and Budget Management Act, 2005. The increment came with caveats, which constitutional experts deemed could adversely impact the country’s delicate federal structure.

The Centre decided that the first tranche of additional borrowings, amounting to 0.5 per cent of the GSDP, would be unconditional. The subsequent one per cent instalment, allowed in four parts, would be target-linked in four sectors: ease of doing business, implementation of the government’s ‘one nation, one ration card’ scheme, carrying out the reforms to be ushered through the Electricity Amendment Act, 2020, and augmenting the revenues earned by the urban local bodies.

Article 293 (4) empowers the Centre to impose conditions while giving borrowings, but linking these to the performance of the states was unprecedented. In the past, the finance commissions that dealt with the quantum of loans sanctioned to the states only factored in fiscal circumstances, such as the debt-GSDP ratio, debt-to-revenue ration and fiscal implementation, but achieving performance goals was never stipulated as a criterion.

In this case, the ambiguity sought to strengthen the Centre’s commanding position, that, like many moves in the Narendra Modi regime, went contrary to his professed objective of upholding ‘cooperative federalism’. So far, the subterranean and, at times, aboveground Centre-state conflicts, tilted the power balance towards Delhi, teetering perilously towards the pursuit of a unitary model of governance.

But the government/BJP is undeterred by the protests in the quest for an ‘integrated’ India that passes by the diversity and idiosyncratic features of the states, which the regional political parties mirror.

The BJP is in power in 17 states, giving it an overweening importance in the Centre-federal equation. However, there are signs that the Opposition-ruled states are unprepared to take the Centre’s diktats lying down. Their dissent may not amount to much substantively, but even the sporadic outbursts against the enforcement of a regimented template reflect that the states are alive to the letter and spirit of the Constitution.

The new J&K Development Act that ends the exclusive rights that the local population had over land under the much-diluted Article 370 is the latest flashpoint in the Centre-Valley tensions. However, it must be pointed out that even Jammu residents have not taken kindly to the open-for-sale (agricultural land is insulated) policy because it is seen to uniformly upset the coveted demographic composition. The Valley’s People’s Alliance for Gupkar Declaration condemned the decision in one voice, although given the propensity of the alliance spearheads — the National Conference and the People's Democratic Party — to align with the BJP and shore up their governments after elections, the condemnation might not yield a conclusion.

In Maharashtra, the Shiv Sena, a former long-time ally of the BJP, has taken the Centre head on. Perhaps, it was the confidence that stemmed from its understanding of the BJP through and through for 35 years, its strengths and weaknesses, that allowed Uddhav Thackeray, Chief Minister, to challenge Modi on the pending GST compensations, to protest the insouciance with which Bihar cops walked into Maharashtra to appropriate from the state police the investigation into the death of actor Sushant Singh Rajput, who belonged to Bihar, and, finally, withdraw the general consent it extended to the CBI to probe cases in the state. From now on, the CBI will need the state’s permission to inquire into cases, except those for which investigations are underway.

The Ashok Gehlot government in Rajasthan set the tone for curtailing the agency’s jurisdiction back in July this year when the BJP demanded a CBI probe into the leaked audio tapes of conversations between the ‘rebel’ Congress legislators and a Central minister from the state, ostensibly to let the latter off the hook.

Maharashtra and Rajasthan were not the first to flag their distrust of the Central agency. In Modi’s tenures, Andhra Pradesh, West Bengal and Chhattisgarh had done the same when the states suspected the CBI of acting at the Centre’s behest. The Maharashtra-Rajasthan confrontation reinforced the perception that the states under the Opposition saw the Centre as weaponising the CBI to keep the heat on the non-BJP governments.

Will the Centre-state clashes, be it over the farm laws (Punjab is a striking illustration of how ground pressure spurred the state government to counter the Central legislations with its ‘farmer-friendly’ laws), GST, the CBI, the new education policy or Article 370, have a political fallout for the BJP?

What do the conflicts presage for the BJP’s ability to coax alliances in future? Notwithstanding its dominance in the north and the west, the BJP cannot pretend it will reign supreme in the east and the south independently, without partners. Barring Assam, it has governments in other north-eastern states with a host of regional parties that have banded into a political coalition, the North-East Democratic Alliance. The eight sisters may not be the best example to view a federal polity in perspective. These states lean towards the party in power at the Centre.

The crux is winning over friends in West Bengal, Tamil Nadu, Odisha, Telangana, Andhra Pradesh and Kerala. In the past, Tamil Nadu and Andhra Pradesh fought hard to force Central ruling parties to recognise and respect federalism and maintain parity in their relationship with the states. Conversely, the pro-federal outfits showed a willingness to do business with the ‘mainline’ political forces to foster the state-related and, critically, their political interests. Striking a balance is complex.