While earlier, the technologically advanced countries made large use of globalisation to secure new markets, low-cost manufacturing and services, it is now being led increasingly by countries in the East and South, such as China and India, as they try to deliver various goods and services to newly empowered populations in their own and other countries. It is affecting the pattern of international trade also with more than half involving at least one developing country. 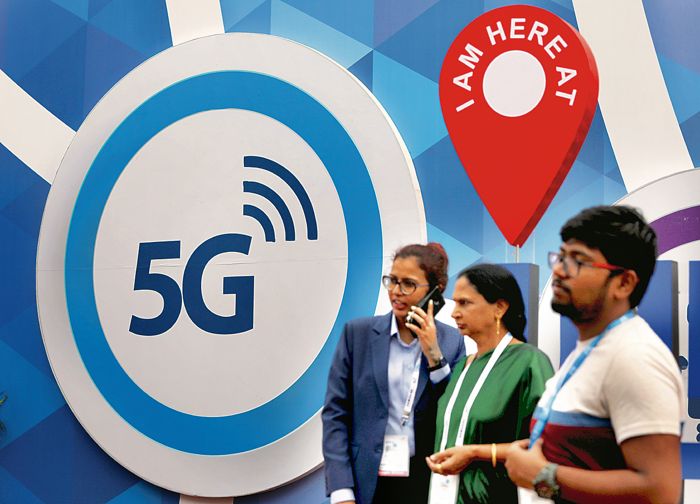 Emerging patterns: Globalisation of services has disrupted the stranglehold of the MNCs and conglomerates. It is actually helping in the emergence of new companies.

Despite criticism from some quarters, globalisation is deepening and not retreating as the global economy is poised to perform better in 2020 on the back of Phase I of a trade deal agreed between the US and China, lowering of interest rates in many countries, hopes of an improved growth in the US, China and the Emerging and Developing Market (EDMs) economies due to higher trade, investments and consumption.

According to the World Bank, the global economy is expected to grow marginally better in 2020 by about 2.7 per cent against 2.6 per cent in 2019, but the growth rate of EDMs will improve sharply to about 4.6 per cent in 2020 from 4 per cent in 2019. In 2020, Asia’s GDP will overtake the GDP of the rest of the world and by 2030, Asia will contribute about 60 per cent to the global growth. The bulk of this growth will come from China, the Philippines, Cambodia, Vietnam, Laos, Myanmar, India, Bangladesh, Turkey and other countries.

After 2008, globalisation suffered a setback after the global recession as growth in the trade of goods decreased sharply, cross-border financial flows, particularly new loans to companies in the developing countries, declined and the focus shifted from the trade being a win-win proposition to concerns about job losses, de-industrialisation, marginalisation of the local working class and income inequalities as the financially and technologically empowered cornered most of the gains.

These perceptions helped in the rise of right-wing populist parties in the US, the UK and many other countries. Even as the critics of globalisation erected new barriers and left some free trade agreements, globalisation is forging ahead, this time driven by the digital technologies, increasingly by China and the other Asian countries.

The digital flows, including e-mail, WhatsApp, Skype, Tik-Tok (video exchange), Instagram, video-streaming and Internet of Things, are generating huge data, which, according to one source, has multiplied by 90 times, from 2005 to 2016, and will grow by another 13 times by 2023. The countries with a large population connected with high-speed internet such as China and India will have natural advantages in reaping the benefits of the digital flow and emerging technologies such as 5G, artificial intelligence, 3D printing and others, provided they invest in research and development.

Globalisation can be productive, disruptive and destructive, depending on how it is used. It is offering unprecedented opportunities for communication and information at little or no cost, linking governments, businesses, civil society and individuals in numerous productive and useful ways.

Globalisation of services has disrupted the stranglehold of multinationals and conglomerates and is helping in the emergence of new big and small manufacturers, virtual manufacturers and service-providing companies. New business models such as Uber have replaced taxis, Netflix is affecting the business of cinema owners and entertainment channels, online and home delivery companies, such as Milkbasket, are reducing the sale of supermarkets, retail shops and chemists and Airbnb and Own Your Own (OYO) offer cheap and convenient home and low-cost accommodation instead of hotels.

The authoritarian regimes are devising ingenious ways of firewalling their populations from accessing the global pool of information which could threaten their control.

Some states, terror groups and individuals have resorted to using the digital technologies in destructive ways to achieve their nefarious objectives necessitating the curbs on the use of these technologies. In defence, the digital technologies are helping in the development of deadlier and more destructive smart weapons, precision-guided munitions, drones, autonomous and semiautonomous vehicles which could destroy enemy aircraft, tanks and naval vessels.

While earlier, the technologically advanced countries made large use of globalisation to secure new markets, low-cost manufacturing and services, globalisation is now being led increasingly by countries in the East and South, such as China, India and others, as they try to deliver various goods and services to newly empowered populations in their own and other countries.

Globalisation is affecting the patterns of international trade also in multiple ways. Now, more than half of global trade in goods involves at least one developing country; the South-South trade has grown rapidly from 7 per cent of the global trade in 2000 to 18 per cent in 2016. Asia has more than doubled its share in world trade from 15 per cent to 35 per cent between 1990 and 2016. Asia is now both a provider and seeker of capital and the largest importer and exporter in the South-South trade.

Given that several Asian economies have huge untapped growth potential, trade in Asia could grow manifold from here if trade and connectivity barriers in this region are removed.

The trade in services in Asia has an even higher potential to grow if tradable services such as finance, business and transportation are infused with higher value-added skills. In China, retail, tourism, tele-communications and healthcare services are driving up the consumption boom. Likewise, in India, a major growth engine is the services component comprising banking, insurance, tourism, retail, education and healthcare sectors.

Globalisation is not in retreat, its refurbished version with digital underpinnings is already gathering new momentum. In order to maintain political and societal support for globalisation, it is important that its benefits are distributed more evenly. The higher economic growth rates require that the poor also have enough spending power — a conundrum that we are currently facing in India.

To avoid the backlash against globalisation, the governments in the Asian countries will have to offer more income assistance, social services and training in higher skills to the poor. The civil society will need to ensure that these technologies are used with public interest in mind.

The companies will have to use clean technologies, environmentally sustainable methods of production and corporate social responsibility funds for welfare and training of workers in higher skills. It’s time that the governments, civil society and businesses work together to ensure that globalisation is used for maximal benefits and its gains reach the largest number of people.